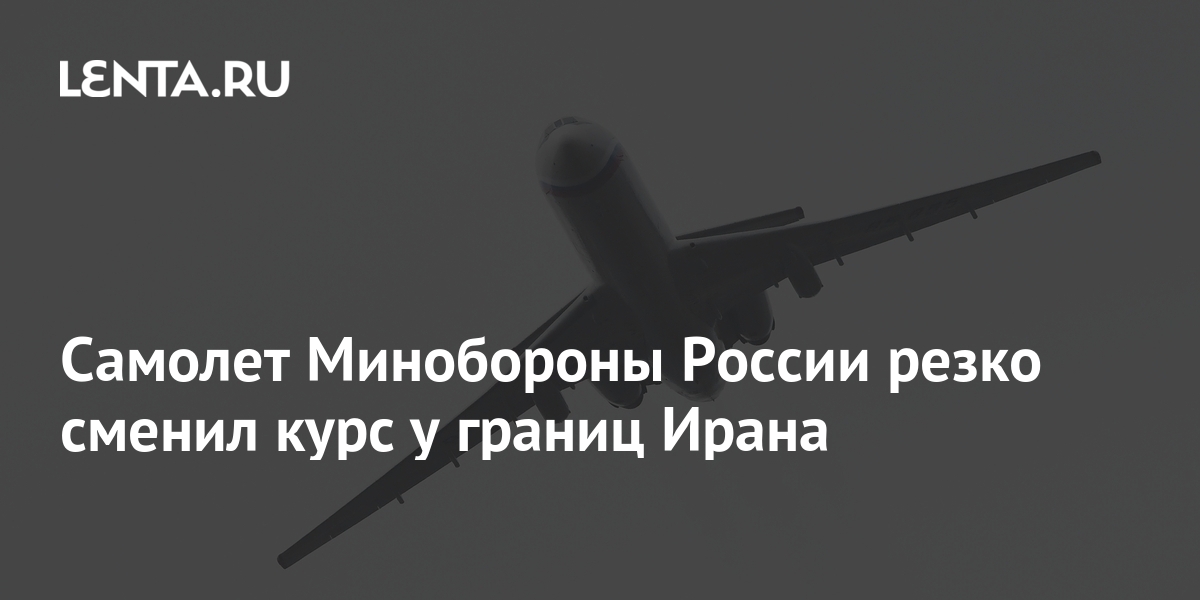 The Tu-154M aircraft of the Russian Ministry of Defense was unable to pass the Iranian airspace and abruptly changed course. This is reported in Telegram-channel “Military Observer”.

On the screenshot of the flight route, it is noticeable that the plane turned around on its way to the Iranian border and headed to Astrakhan, where it arrived from the Moscow region the day before.

The reason for the ban on flights in Iranian airspace is currently unknown. There are no official comments on what happened at the moment.

Earlier in August, the plane of the special flight unit (SLO) “Russia” took off from Vnukovo airport in Moscow and headed towards Afghanistan. It was noted that the plane, presumably, was sent to the Afghan capital for the export of Russian diplomatic personnel.

Covid pits in Madero are not used for cremation of bodies