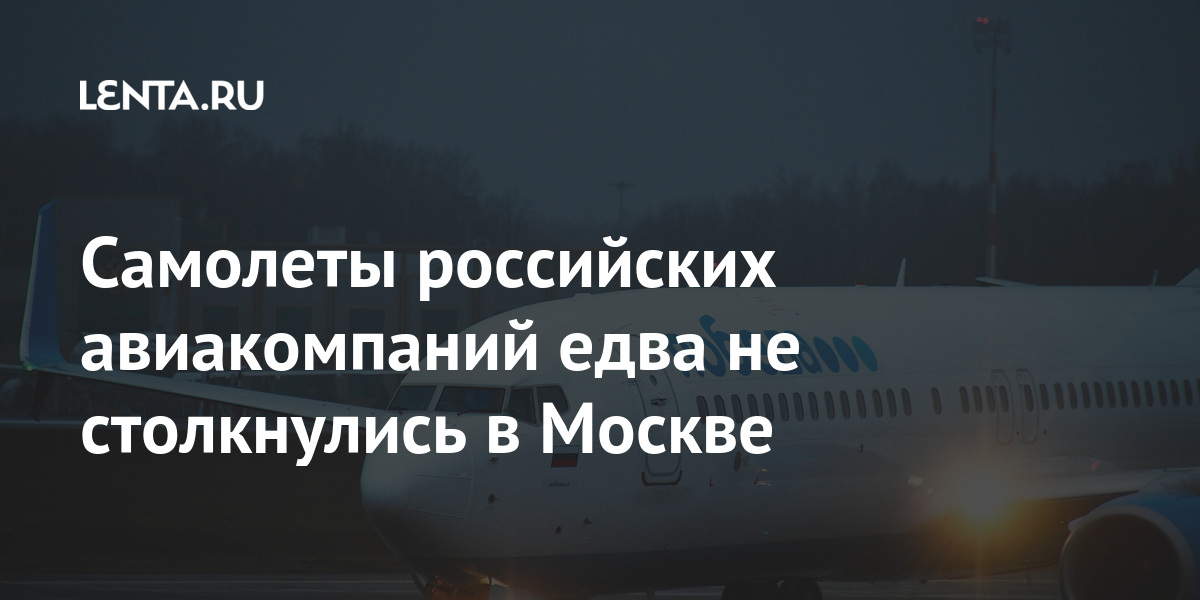 At Moscow’s Vnukovo airport, two planes almost collided at a speed of 40-50 kilometers per hour. This was reported by the Baza edition in its Telegram-channel.

The liners of the two Russian airlines were simultaneously driving along the same section of taxiways. The pilot of the Boeing 757 was able to brake in time and avoid a collision when another plane, a Boeing 737, suddenly appeared on his way. The aircraft was separated by a distance of a little less than two meters.

According to one of the pilots, it was difficult to see the other plane in advance due to the specific location of the taxiways.

Special services of the airport understand the circumstances and causes of the incident. The readings were taken from the crew members as well as from the taxi dispatcher.

Earlier, two planes collided at the Surgut airport, as a result of which the nose of one of the airliners was damaged. The incident occurred during the maintenance of the ATR-72, during which the aircraft’s engine was started.