Ainara Suárez, after the arrest of YosStop: “I had not received so much ‘hate’ in all my life” 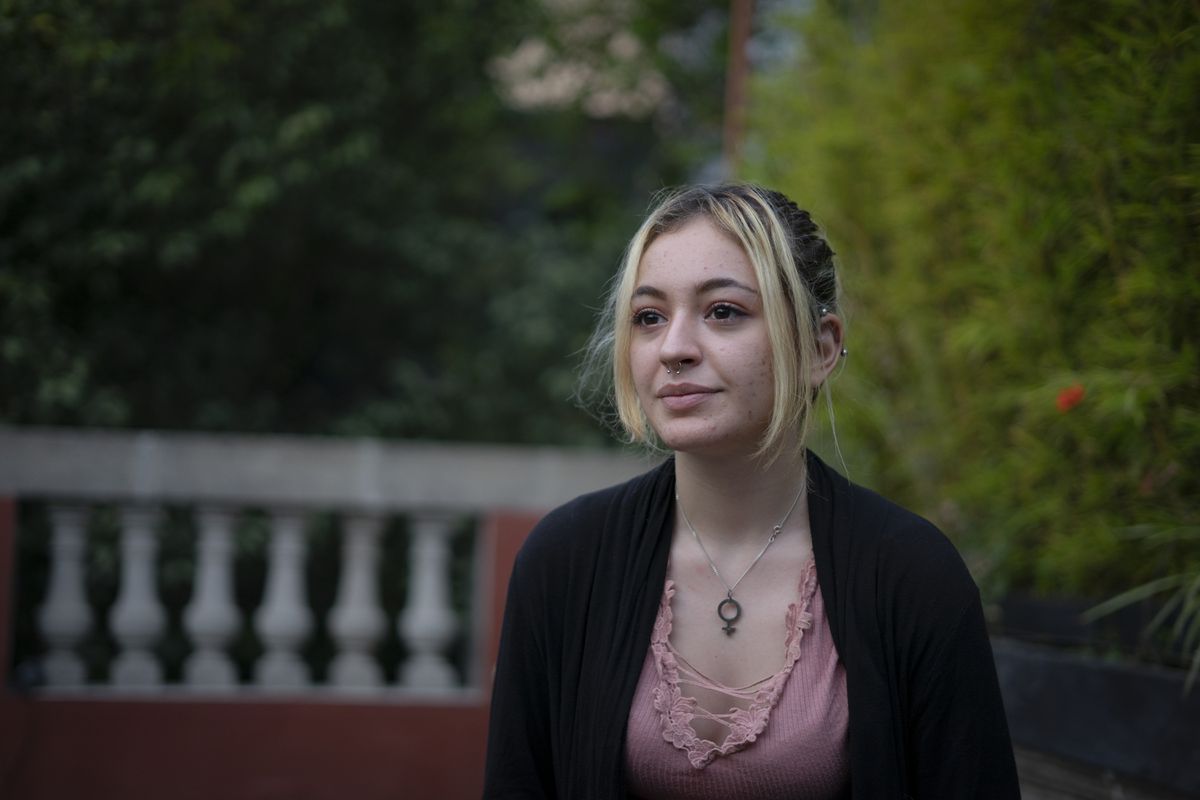 After three years of hearing “whore” insults or that “she was sold for some cigarettes”, finally, on June 29, Ainara Suárez had a reason to breathe relieved. The news of the arrest of the youtuber Yoseline Hoffman for child pornography is the first step towards closing a nightmare that began on May 25, 2018. That night, four boys raped her with a bottle of champagne and recorded and disseminated the video among their acquaintances. The case escalated months later, when Hoffman, known as YosStop He echoed the aggression and insulted her in front of his more than 10 million followers in a video titled Patética Generación. The arrest of the influencer has unleashed a wave of rejection against the victim in networks. Suárez complains in this interview of having received a lot of hatred these days, but also messages of support that he is grateful for.

In the recording the youtuber He talks about a fight in which Suarez was involved, but also refers to the moment of sexual assault against the young woman at that party, when she was 16 years old. From that moment and to date, the insults, attacks and threats have not stopped. “Before it came out there were already certain people who knew of its existence, but they were very few and from the moment the video of Patética Generación came out, many more people started looking for it, let’s see, they started sending me messages attacking me, saying yes She was a whore, if she had done it for cigarettes, basically repeating everything she said about me ”, Suárez tells this newspaper.

The recording of just over 16 minutes was enough for his name to appear next to the word “bottle” in Internet search engines. The insults also reached his closest circle. “Threats came to me, my brothers, my parents, my dogs. It was difficult, I received many threats, a horrible thing to be honest, ”he says. After almost three years of attacks, the young woman decided to speak on her social networks about how the Patética Generación video had affected her. That was the starting point for a feminist collective to offer her support and legal assistance. Months later, she managed to file a complaint against the young people who sexually attacked her, but also against the influencer for exposing it through their social networks. As a result of this legal action, on June 29 Hoffman was arrested and linked to a process for the crime of child pornography. “I feel good, I am happy that something is starting to be done. There is still a long way to go, but I do feel very good that something is starting to be done, ”says Suárez.

However, reaching this point meant for her to overcome the fear of talking about one of the most painful moments of her life and of accusing a person who has millions of followers on social networks. “Yes, the fact that I am a person X does not matter to me, before this nobody knew me and if they know me it is because of this. She does have millions of followers, she’s a influencerYes, all this is impressive. I think I had not received so much hate [mensajes de odio en las redes] in my whole life like between June 29 and July 1 [fecha de la detención de Hoffman]. An impressive amount of messages reached me attacking me. They have spent so many years telling me the same thing that I got used to being told, I really don’t care about them, I have also received many messages from people who support me, who believe me and I prefer to focus on the good messages than on the hate“, mentions.

After the arrest, Hoffman’s defense assures that she did not commit child pornography because it does not describe a sexual act and that she did not know that the person involved was a minor or that it was a rape. However, Suárez’s lawyer, Javier Schütte, affirms that the defendant describes what happens in an 11-second video for more than 30 seconds. “Her [Yoseline] He makes public to his millions of followers both the content, because he describes it, and the existence, because he mentions it, of the video of a sexual assault on a minor. It was not done for informational, educational or preventive purposes. She did it with absolute malice, in that sense she publicized and caused a lot of people to go looking for the video of the sexual assault of a minor, ”he says.

The litigant rejects the argument of the other party on the ignorance of the influencer about Ainara’s minority at the time she aired her show on YouTube. “It is false and I refer to the video of Patética Generación itself where Yoseline often talks about ‘group of children’, ‘guys’, calls them ‘prepos’ and ‘high school people’. She was aware that we were dealing with underage people and even, in the particular case of Ainara, she literally says, “She really is little.” That now they say that she believed that she was of legal age seems completely absurd to us ”, says Schütte.

In parallel to the arrest of Hoffamn, the processes against the five accused of the sexual assault are advancing. “They have different times, because they grabbed her first does not mean that it is more important or that what she did is more serious, or anything, only she is being judged as an adult, they as minors, they are different crimes and they carry processes and different times, I do not think that one diminishes the importance of the other. I am going to continue until justice is done with all my attackers, not only with her, ”says Suárez. If the crime of child pornography is proven, the penalties range from seven to 12 years in prison.

Suárez, now 19, wants to continue studying and helping more women who have experienced similar situations. “It is not something that is exceeded 100%, that is a process that will take many more years. I did have a lot of emotional problems when this happened, I was really bad for about a year or so, I couldn’t talk about this. I think that it is a bit out of date, but I still need to work on a lot more things emotionally ”, he confesses.

From a distance, the young woman claims that despite all the criticism from supporters of YosStop who continues to receive does not regret having raised his voice against his attackers, including the influencer. “I know that I am an example for many girls and women and that my case can help other people and that helps me a lot, knowing that I can support more people. The system in this country is not ideal, but I believe that justice can be done, I am confident that justice will be done in this case ”. 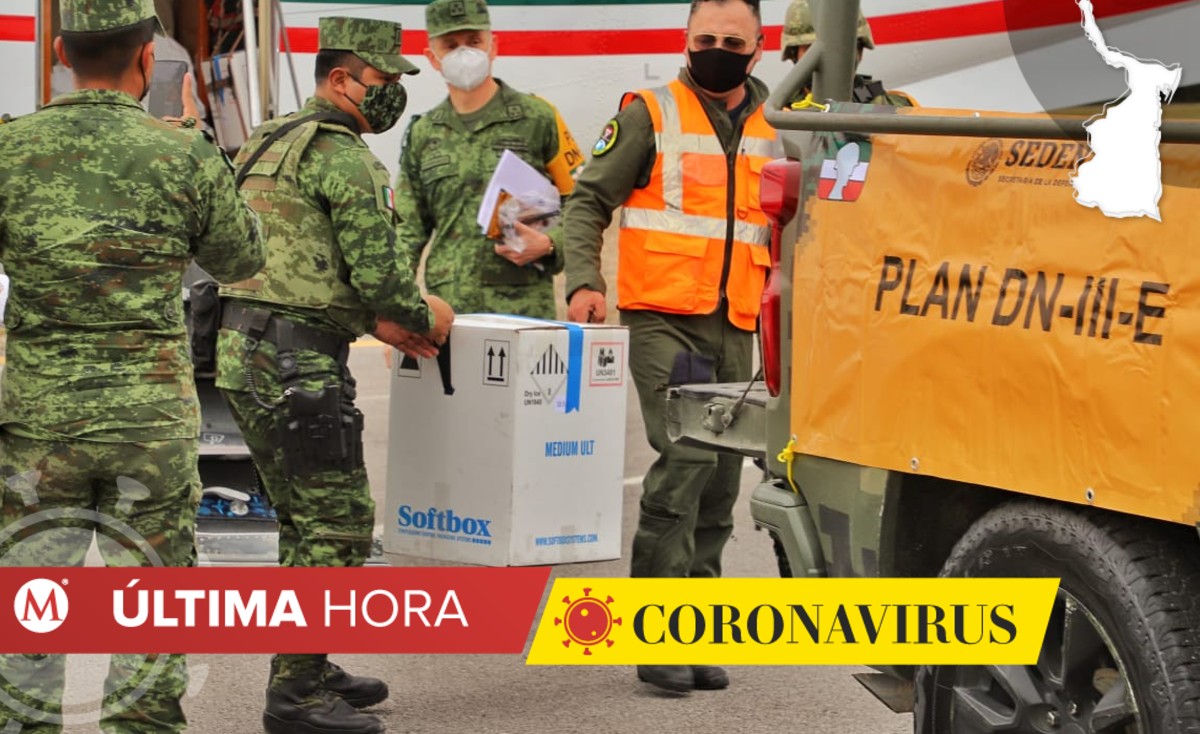