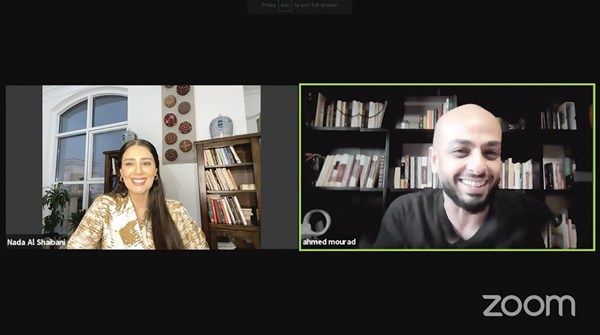 The Sharjah Book Authority held a dialogue session within the “Readers Club”, in which it hosted the Egyptian novelist Ahmed Murad, who discussed his new novel “Locanda Bear Al-Batawit” issued by Dar Al-Shorouk, addressing many topics related to the style of narration and plot, the privacy of work, the rhythm of his characters and their movements in the text. And many axes.
In the session moderated by the media, Nada Al-Shaibani, “from a distance” on the “Sharjah Read” platform, Murad talked about the need for the novelist to write for all cultures and communicate his works to readers of different visions and ideas, stressing that fictional works that embody human emotion guarantee continuity.
He said: “There are limitations that the writer must abide by, the most important of which is the research that accumulates a large amount of information, and it is necessary not to be drawn into the long search as it is a dangerous stage similar to shifting sand, and it is important that he benefit from everything that is around him, especially life, which is a daily drama. ».
He continued, “The project (Locanda Beer Al-Batweet) lasted for two years, and I took 6 months in the intensive research process because I am talking about an ancient history and it is not easy to deal with, and I benefited from the pandemic that united me with the hero who suffers from paranoia, and this was similar to what we went through during the ban. home.”
On the importance of the novel, he said: “Arab literature did not often present the idea of ​​the serial killer. It is an existing phenomenon, but it is not circulated in literary works, so I wanted to raise the issue and involve the reader in the investigation and search for the secret and the truth in the text.” He added: “In the work, I wanted to make a legend out of an ordinary character, as the reader does not look for the traditional proposition or digest it.”
Murad explained: “The characters of my novels live with me at home, and I and them have a special relationship, and I do not randomly build their movement in the text. Rather, I relied on the personality of Suleiman Al-Suyufi, for example, on psychology in which I have a long experience, and Suleiman is a real character from reality, I was I slept with her when I was 11 years old, and he really had paranoia, and he thought I wanted to poison him, and he reported me to the police! I do not deny that it affected me, but the character of Yahya Rashid from the novel (The Blue Elephant) is the most influential.” 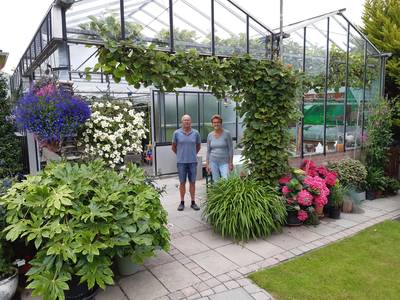