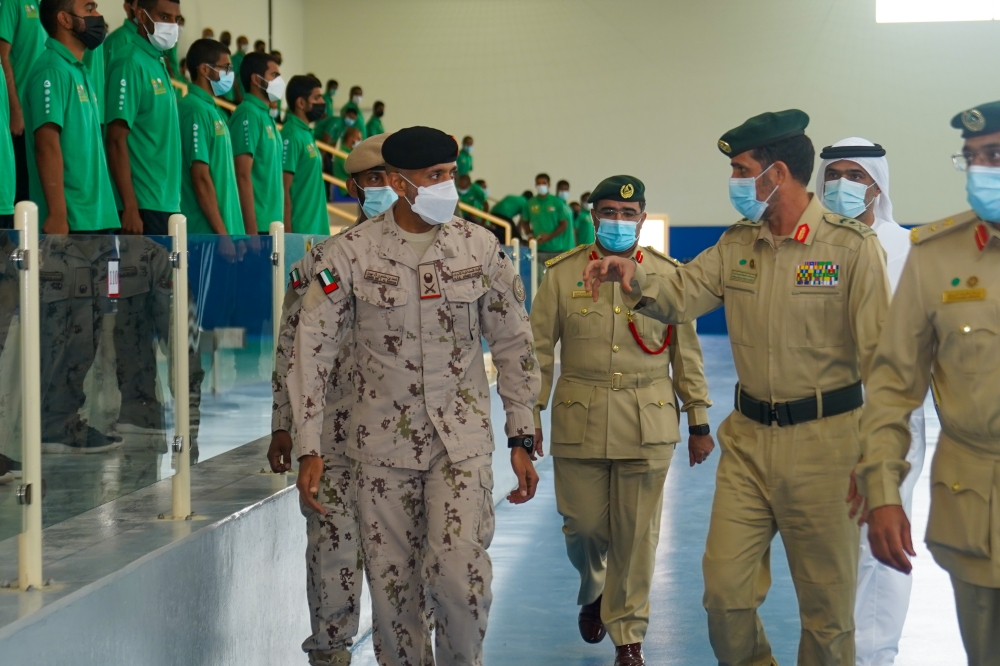 The Commander-in-Chief of Dubai Police, Lieutenant-General Abdullah Khalifa Al Marri, met with Major General Pilot Sheikh Ahmed bin Tahnoun bin Mohammed Al Nahyan, Chairman of the National and Reserve Service Authority in the Armed Forces, at Jebel Ali Camp, as part of strengthening strategic partnership relations and cooperation between the Dubai Police General Command and the Service Authority The National and Reserve Forces in the Armed Forces, with the aim of coordinating and monitoring the preparations of the National and Reserve Service members to welcome the world to the UAE at Expo 2020, and to receive millions of visitors during the six-month period of the international event, from October 2021 to April 2022.

Al Marri pointed to the unlimited support of Major General Staff Pilot Sheikh Ahmed bin Tahnoun bin Mohammed Al Nahyan, which enhances the efforts of the Dubai Police General Command, the Dubai Expo 2020 office and all their strategic partners in preparing for the global event to the fullest, which contributes to providing all services to the participants in the event. The exhibition with high professionalism and outstanding performance in order to make them happy.

He stressed that the nomination of national service recruits to participate in the organization of “Expo 2020 Dubai” within the training program aims to enhance and develop the capabilities and competencies of national and reserve service recruits by introducing them to legal and police procedures while performing their job duties, stressing that Dubai Police pays great attention to national service recruits, Because they represent a qualitative addition in securing the international event, and achieving national goals in global leadership in various fields, including organizing the largest events.

For his part, Major General Pilot Staff Ahmed bin Tahnoun bin Mohammed Al Nahyan said that the participation of national service recruits in Expo 2020 Dubai, to perform various tasks aimed at providing an exceptional experience for visitors to Expo and the participating countries, through a set of training courses that ensure carrying out the roles assigned to them. them and carry out the tasks assigned to them to the fullest, mastery and professionalism