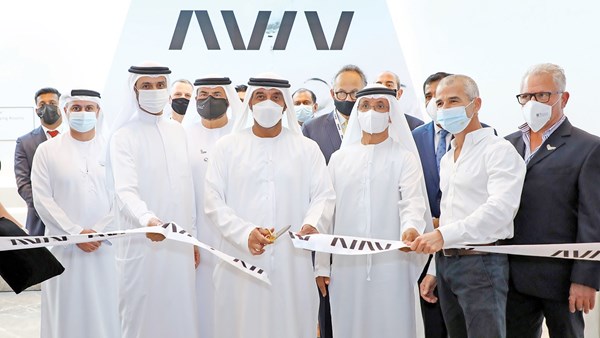 His Highness Sheikh Ahmed bin Saeed Al Maktoum, Chairman of the Dubai Aviation Authority and Chairman of the Emirates Airlines Group, yesterday inaugurated the “Aviv” clinics in Dubai, a pioneering medical facility that focuses on improving the performance of the brain and body, in the JLT area of ​​Dubai. The opening was attended by Awad Saghir Al Ketbi, Director General of the Dubai Health Authority, Sultan Ahmed Bin Sulayem, Chairman, CEO of DP World Group, Chairman of the Dubai World Chamber of Commerce, and Mohammed Al Muallem, CEO and General Manager of “DP World” – UAE Region. , Ahmed Bin Sulayem, Chief Executive Officer, Executive Director of the Dubai Multi Commodities Center, and Ilan Stezelman Starosta, the Israeli-appointed Consul General.
It is expected that this modern and advanced clinic will pave the way for the start of a new era of innovation and cooperation in the field of health care between the UAE and Israel, after the signing of the Abrahamic Agreement last year.
The “Aviv” medical program was developed over a period of more than a decade by the world-renowned physician Professor Shai Efrati and his research team at the Sagol College of Neurosciences at the Shamir Medical Center in Israel, in cooperation with the work team of the “Aviv” clinics, which is an innovative treatment. Scientifically proven that it reflects the deterioration of physical and cognitive abilities as a result of aging, and through the combination of hyperbaric oxygen therapy (HBOT) with the latest research in neuroscience and physiology and the most advanced diagnostic imaging techniques, there is no other program in the world that uses the unique treatment protocol offered by the clinics of «Aviv ».