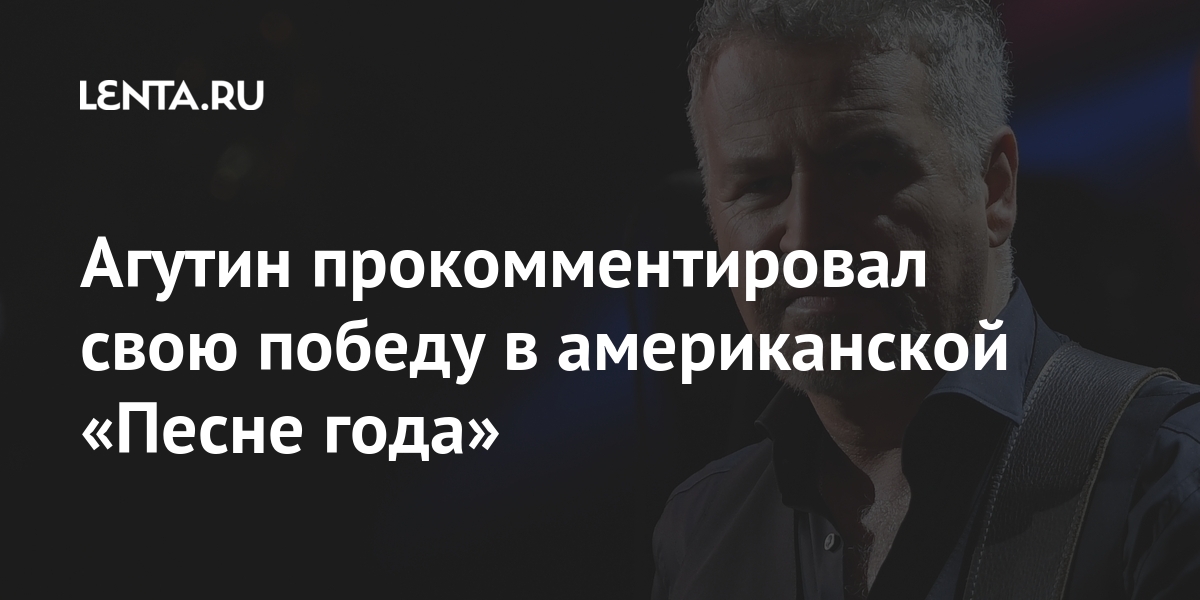 Russian singer Leonid Agutin commented on his victory in the USA Songwriting Competition, which the artist himself called the American “Song of the Year”. Reported by RIA News…

According to Agutin, he was very pleased that the composition Just a Rainy Day was recognized as the best in the category “World Performers”. He was also surprised that the organizers of the competition paid attention to “modest persons from Russia.” It is noted that the song, which was released in March on the album La Vida Cosmopolita, was co-written by Agutin with Alex Sino and recorded with guitarist Al Di Meola.

Earlier it was reported that singer Leonid Agutin, rapper Noize MC and the Shortparis group expressed a desire to take part in the recording of the tribute album “Keep my speech forever” for the 130th anniversary of the poet Osip Mandelstam. Such musicians as Ilya Lagutenko, Alina Orlova, Billy Novik, Alexander Manotskov, as well as the groups IOWA, Pornofilmy and Sansara, were also supposed to take part in the project of director Roma Liberov. Batum will leave the Hornets to the Clippers earning 30 million