Agustín Rossi confirmed his departure from the Cabinet: ‘The President demonstrates his ethical sense’ 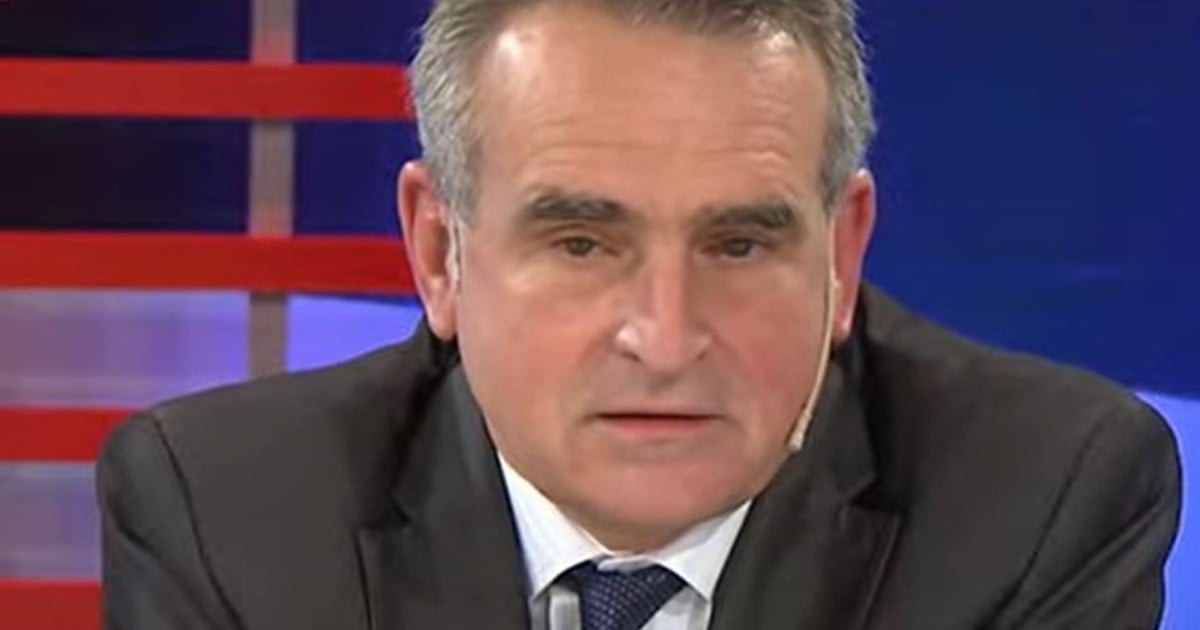 Agustín Rossi, Minister of Defense, confirmed that he will leave his post to be able to compete for national senator for the province of Santa Fe and maintained that he ruined “the plan” to Governor Omar Perotti to “hegemonize Peronism” there.

Alberto Fernández, from Peru, said that officials who stand as candidates “must leave their post” and Rossi, the most surprising name among those mentioned, confirmed that he will abide by it.

In that sense, the still minister added that the President’s decision “demonstrates his deep ethical sense.” However, Rossi had received the pressures of the Casa Rosada to desist from his nomination, which clashed with the unity achieved between the governor and Cristina Kirchner, in the assembly of a list. His departure is a consequence of staying in the electoral race.

Also, in statements to the signal TN, Rossi gave a double message: he said that he will continue “to be a Christian and defending “from his place” to the vice president because he will be “the only one” willing to do it.

“Or does anyone think that Perotti is going to defend Cristina? “, he asked himself, in a two-way shot. The governor, to question his loyalty to the electoral alliance and Kirchner herself, to subtly mark him your lack of support.

“I’m not not hot at all“, said Rossi about the demand to leave his position.” I have a lot of serenity with the decisions that I make and I will have absolute freedom to raise and carry forward the political debate that Santa Fe needs, “he said.

And he added that it does not hurt to leave the Defense portfolio, while explaining that “decisions in politics are not innocuous. The President is the President and he set a rule. “

In this regard, he insisted on clarifying that his decision to present himself to the next STEP for the 2021 legislative it was not “based on speculation”Rather, it was a “transparent and clear” initiative.

“I tell the Peronists that the path is not the one indicated by the governor,” he said, rounding out the concept through which he justified his candidacy, against his own winds and tides.

Rossi said he expected “other officials to resign as well.” It was a remote control chicana to the governor of Santa Fe, who is in turn, is running as alternate senator, a testimonial post.

#TN | Agustín Rossi: “When Cristina has to be defended, the only one who is going to be there is going to be me, or does someone think that Perotti is going to defend her?” 🔥 pic.twitter.com/KSTCxZ6nxA

Regarding Fernández, the departure from the ministry and the reasons, Rossi said that “the President you already know all this“And the only thing he will talk about when he returns from Peru will be from the date in which you must resign.

“They are going to get a surprise”

The still minister, at the end of the interview, dared to predict that “everyone will be surprised” in the Santa Fe elections, which, as he explained, will have a “quantitative” result when the polls open and another “qualitative” “What will be the “clear abortion” of the plan of the provincial leader (who has the vice-presidential permission in key electoral alliance).

And in this regard, he analyzed his rival and pointed out that “he has a mistake”: “Believing that it was essential for Peronism to recover the province and it is not like that. In politics there are no essentials“.

President Alberto Fernández, in the Presidential House of Olivos, with the Governor of Santa Fe, Omar Perotti.

“Peronism succeeded because it rebuilt itself and had good elections and remain in a position to achieve it,” he said.

Already launched into the electoral race and with a forced exit by the intern – and by Cristina? – Rossi seemed to get out of what seemed to find out about his departure of the Cabinet in a television studio.

Bitcoin once again breaks the barrier of $ 50,000 raised by PayPal