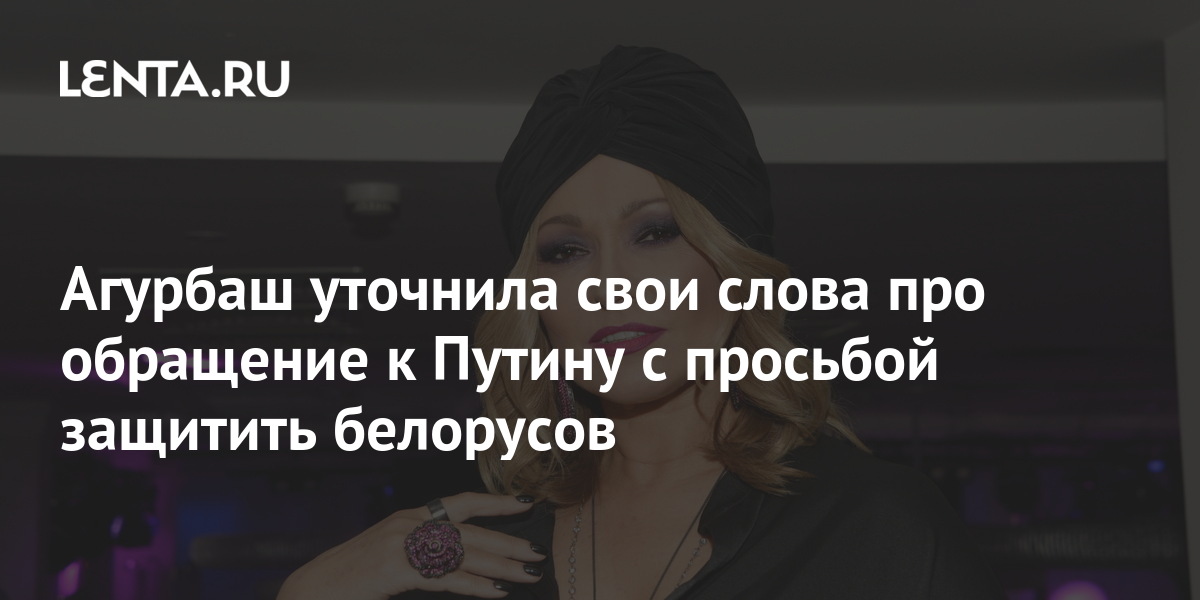 Singer Angelica Agurbash clarified her words about an appeal to Russian President Vladimir Putin with a request to protect the Belarusian people. It is reported by RIA News…

The performer said that she had not addressed the Russian leader, “at least not yet.” “It’s just such an influx of journalists, and, of course, they ask me questions about whether I will personally turn to Vladimir Vladimirovich for help …”, she explained. According to her, “it would be great” if she had such an opportunity to turn to Putin, but “the story that I addressed publicly or in a letter is not true,” Agurbash said.

The singer added that on July 2, she published an appeal on her social networks “to all caring people and to the entire world community.”

Earlier, Angelica Agurbash said that the Prosecutor General’s Office of Belarus opened criminal cases against her for inciting hatred and insulting the president. According to the artist, blatant injustice and aggression reign in the country, and Lukashenka “took people hostage and launched a cruel repressive machine that spares no one.” She also stated that she had learned from journalists about the demand of the General Prosecutor’s Office of Belarus for her extradition from Russia.