Agronomy Park: now the neighbors demand that it also open from Monday to Friday 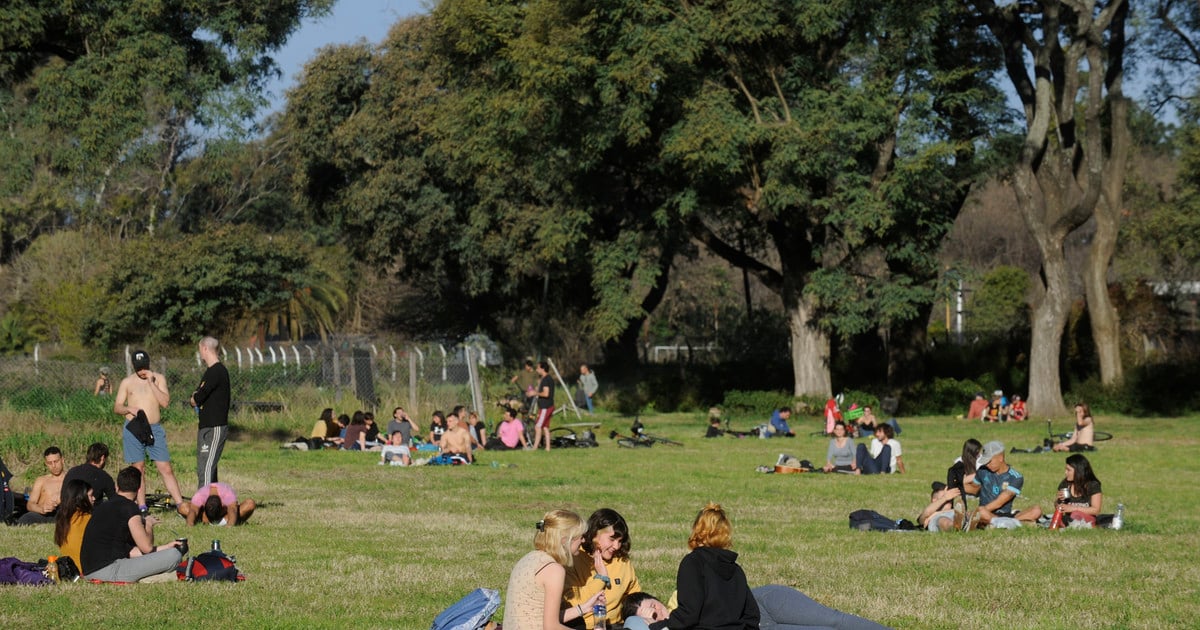 After almost 17 months closed, a week ago it opened the Agronomy park and everything was joy for the neighborhood, although with one caveat: there is only access on Saturdays and Sundays. The neighbors they also want to enter the week to enjoy it longer and more safely. But faculty authorities say they have no day changes planned.

The house of studies is the Faculty of Agronomy of the University of Buenos Aires (FAUBA) and the property in question is the one that surrounds it, with entrance through Avenida San Martín 4453 and, on the other side, through Av. de los Constituyentes 3474. The closure was at the beginning of the quarantine, in keeping with the isolation measures.

But the park still did not reopen to the public even after outdoor restrictions are lifted. Neither admission was enabled when he returned to the presence in some activities of the faculty.

Maybe that’s why when it finally reopened, people went head over heels. Especially on Sunday, in which the park was filled with groups of friends and families picnicking, guitar or percussion musicians, cyclists and runners, with an accompanying weather.

On Saturday, August 28, people found out about the park’s opening from the signs at the entrances. Photo Fernando of the Order

“I went on Sunday, but there were so many people that I fled. Some even they sneaked through the bars of the forbidden areas and they went to have a picnic in there, ”says Carmen (52), who lives in Parque Chas, four blocks from the entrance of Constituyentes.

It refers to the green sectors of the different pavilions of the faculty, including those of Biochemistry and Chemistry, whose accesses are closed with padlocks. “The neighbors had a great need for me to open this park and that is why they went en masse. If they allowed the week to enter the property, all those people would redistribute themselves a little”, Thinks Carmen.

“It is key that the property also opens during the week. It is a piece of the neighborhood, it connects us, it allows us to recreate ourselves, have physical and emotional health. There is so much emotional value placed on that park, so much beauty, that it seems like a crime not to share it, ”underlines Rodrigo García, a neighbor and member of Agronomía Abierta (@agronodetodxs), one of the movements that most strongly demanded the reopening.

we have to force ourselves to make this public park open every day, enough lies! It is a public park, they have to respect the law and remove the fences. Respect the rights of Argentines and return the third lung of the city.

Rafael (40) is also a neighbor and regrets not being able to use the property, since he works Saturdays and Sundays, the only two days he is open. “The park is not just the faculty: it was created for public use. The idea was to share it, not control it or operate it as if the neighbors were let in out of pity. We are just as legitimate users as students and faculty staff”, He remarks.

From Agronomía Abierta they plan to launch a campaign with a park management proposal. “The neighborhood community takes the initiative and invites all the actors in conflict or with levels of responsibility to join. The idea is that the UBA, the Commune, Argentine Railways and the City build the agreement with participatory and integrated management, as established by the Urban Environmental Plan ”, explains García.

For the residents, it is key that the Agronomy Park also opens on weekdays, to decompress on weekends. Photo Fernando of the Order

There are few green spaces for the residents of Agronomía and other nearby neighborhoods, such as Villa del Parque, Villa Pueyrredón, Villa Devoto, Paternal, Parque Chas and Villa Urquiza. In fact, in the territory formed by those seven neighborhoods There are only two parks: Agronomy and a much smaller one, La Isla de La Paternal.

To make matters worse, both are side by side, which shows that the green square meters, in addition to being scarce, they are not well distributed. A large number of residents of these neighborhoods have to walk long distances to get to a square or a park, which indicates a deficit.

It is that, as the European Regional Office of the World Health Organization points out, it is recommended that there be green spaces of at least half a hectare of surface no more than 300 meters from neighbors, that is, about five minutes on foot.

There are only two parks in the Agronomy area. Photo Fernando of the Order

It is partly due to this green deficit that the residents consider it essential to reopen the Agronomy property also during the week. “My mother is 75 years old, she ate the entire pandemic locked in her apartment without sun or air, and now that Agronomy has reopened He is afraid to go on a weekend because it gets crowded”, Observes Laura (45).

Consulted by this newspaper, the authorities of the faculty report that for now it will be open to the public only Saturdays and Sundays from 7 to 20:30, and that “it is not yet known when it will be done in the week.” They also indicate that this Wednesday non-teaching personnel and students who have face-to-face practices in experimental fields or laboratories will also be able to enter. But no other person.