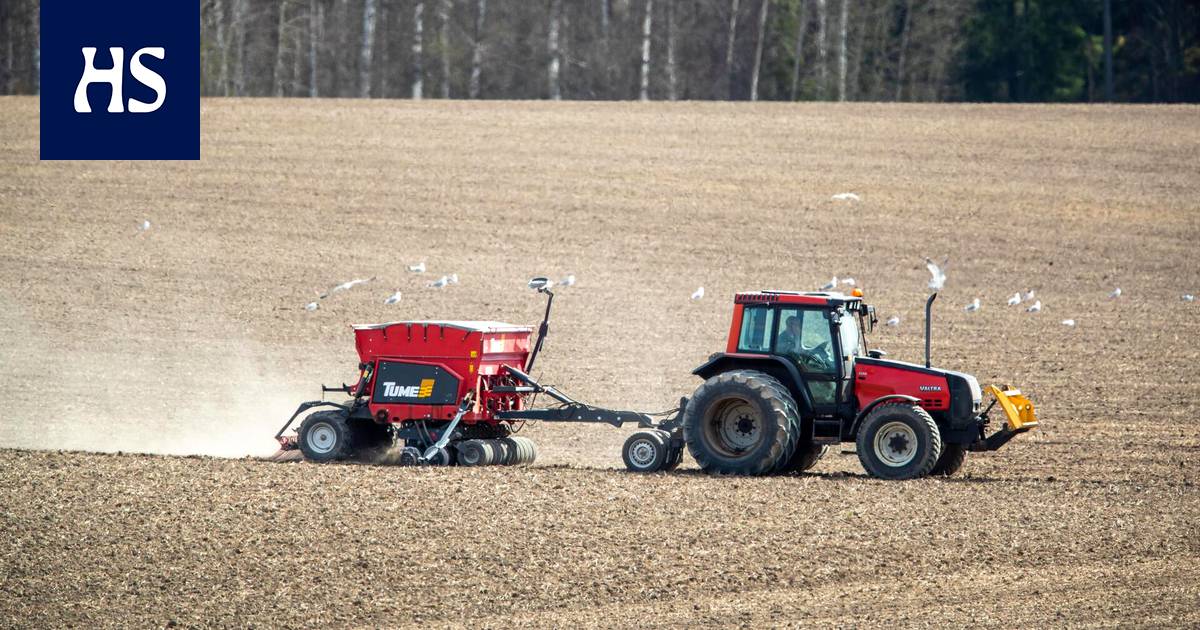 The fields have dried up to varying degrees for sowing after a snowy winter and a cool April.

Spring cereals sowing was started in the most favorable areas of southern Finland and southern Ostrobothnia more than a week ago. In these areas, sowing is still on average if the weather stays sunny and the air warms up a bit.

Elsewhere in Finland, spring sowing is also expected to reach full speed in the middle of this month, says the Association of ProAgria Centers in the first spring growth report.

The fields have dried up to varying degrees for sowing after a snowy winter and a cool April.

The thick snow cover of winter provided good protection for overwintering plants. Winter damage has been low, and grasses, autumn crops, autumn oilseeds, and berry and apple orchards have overwintered well. Due to the slow growth start, the night frosts have not caused major damage to the crops.

Large flocks of geese and swans have in some places caused damage to autumn plants and grasses and are also feared to destroy spring sowing.

Early pea sowing started at the beginning of April in southern Finland and will continue according to the timing of the harvest. Early carrots have already been sown, and sowing of summer carrots and other roots is about to begin.

Sowing and planting of onions began in Åland two weeks ago. The first early cabbages and lettuces were planted in Easter Finland after Easter. The growth of strawberries and the development of shrub berries and apple tree buds are beginning in southern and central Finland.

“Supreme for human fraternity”: Islamic-Christian relations are as old as Islam

Barnes: Suarez is the “ideal choice” for the “Reds”!