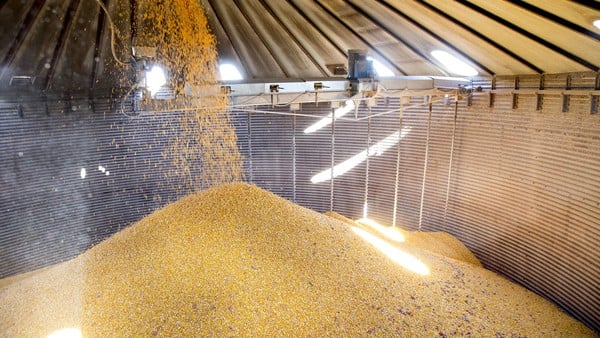 The Brazilian GDP grew + 1.2% in the 1st. quarter of the year compared to the previous quarter, in which it climbed to + 3.2%. This means it left behind the -4.1% recession experienced in 2020, and now poised to expand + 5% or more in 2021, a point and a half above the most optimistic forecasts of the Central Bank and the Economic Consensus.

The expansion of the Brazilian economy is widespread. The manufacturing industry showed an increase of + 3% compared to the same period last year, which represents an increase of + 0.7% between January and March of this year; And the same happened with services and logistics systems; and it also covered all regions and cities of the country without exception.

Agri-food production was led by a record increase in the soybean crop of 133 million tons in the 2020/21 cycle; and this allows to foresee a net trade surplus of US $ 87.4 billion this year, which implies an increase of almost US $ 40,000 million compared to last year.

This exceptional increase in Brazilian GDP is revealed above all in the investment rate boom – “Gross Fixed Capital Formation (GFCF)” which reached + 4.6% in the 1st. quarter of the year compared to the previous 3 months, when it rose more than 20%.

This increase in the investment rate implies that its percentage in GDP amounts to 19.4% of the total. This ensures that the growth of the Brazilian economy is sustained and extends beyond the 2021/2022 period.

The rise in GDP occurs in all sectors, all regions and in all cities; and is accompanied by the creation of more than 1 million formal jobs in the first 3 months of 2021. The consequence of this crucial event is that tax revenues jumped more than 20% at this stage.

What the agri-food sector in Brazil means is revealed by the fact that it was the only one that grew in 2020 (+ 2% per year), while all the others fell, in a recession that reached -4.1%.

Citibrasil estimates that GDP would increase + 5.1% this year, and Itaú projects an expansion of + 5% in 2021, on the premise that Brazilians over 18 years of age will be vaccinated with 1 dose in November of this year.

The same did Goldman Sachs, which forecasts an increase in the product of + 5.5% in 2021, while its previous forecast was + 3.5% annually. The North American bank also presumes that the pandemic will be controlled in the 2nd. Semester of the year.

There are 15 million unemployed Brazilians (14.7% of the population), but in the Northeast states unemployment reaches 18.7% of the total.

It is equivalent to affirming that the exceptional boom in Brazilian agri-food production has not yet translated into an increase in the income of workers and the unemployed; and this occurs when food and energy prices have risen at the same time, in a context of minimal but growing inflation.

The rise in inflation has occurred above all with 2 staples of the Brazilian popular intake: rice has increased + 64% in the last 12 months and “feijao” (black beans) has risen 51% in the same period.

At this time almost half of the Brazilian population does not have access to adequate food, and there are 19 million people -9% of the total- who face a situation of structural hunger, especially in the fabellas of large urban centers such as Rio, San Pablo, and Bahía.

The appearance of this phenomenon of basic food shortage is directly related to the increase of + 18.5% experienced in the basic food basket in March of this year, which was accompanied by an increase in Fuel Oil values ​​of 92%.

For each point of the product that the Brazilian economy grows, the Argentine economy expands 0.25%.

The one that exists between the two main countries of South America, which together constitute the main protein production platform of the 21st century, is symbiotic in nature.