Agreement on the UN ban on nuclear weapons: pact without nuclear powers 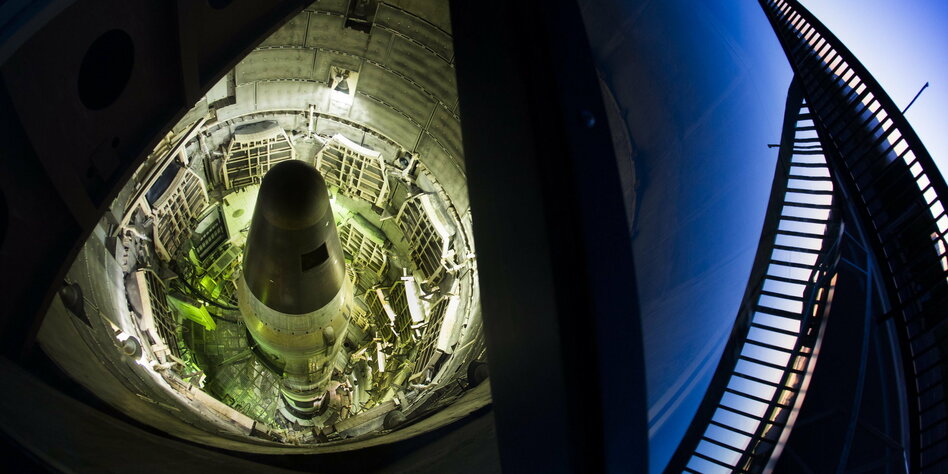 The UN treaty banning nuclear weapons will come into force on Friday. The nuclear powers reject him. Germany intensifies its rejection.

The UN agreement to ban nuclear weapons comes into force on Friday – but the nine nuclear powers continue to reject the pact. Germany does not want to join either – in the view of the Federal Government, the agreement makes efforts to achieve nuclear disarmament more difficult. With this assessment in a response from the Foreign Office (AA) to a request from the Left Party, the government has intensified its previous rejection of the treaty. The UN and the scientific service of the Bundestag clearly contradict the federal government.

The “Treaty on the Prohibition of Nuclear Weapons” (TPNW), passed in July 2017 by 122 of the 193 UN member states, prohibits all contracting parties from developing, possessing, testing, using or threatening to use nuclear weapons or the nuclear weapons of others To store states on their own territory. In addition, members are prohibited from supporting other countries – whether contracting parties or not – in these activities. The prohibitions are binding under international law for the parties to the TPNW.

The treaty negotiations in the UN General Assembly were initiated by a broad international campaign by non-governmental organizations for the abolition of nuclear weapons (ICAN). For this success she was awarded the Nobel Peace Prize in 2017.

90 days after ratification by 50 states in October last year, the agreement comes into force on Friday. There are now 51 ratifications. Other signatory states have announced ratification. The eight nuclear powers (USA, Russia, China, France, Great Britain, Israel, India and Pakistan) as well as the NATO states, which are linked with the USA by a common nuclear weapons policy, have so far rejected the pact.

The Federal Foreign Office does not provide any evidence of “polarization”

The ban on nuclear weapons enshrined in the agreement “did not increase the readiness of nuclear-weapon states to disarm, but tended to harden the disarmament dialogue,” the Foreign Office claims in its statement. Against the background of this “polarization”, the Federal Government is trying to focus political attention “on practical and feasible steps towards disarmament”. The AA does not provide any evidence for the alleged “hardening” and “polarization”.

Instead, the German government is reiterating the objection it had raised since the beginning of the treaty negotiations at the UN that an agreement on the complete, global ban on nuclear weapons could weaken the 50-year-old treaty on the ban on the proliferation of nuclear weapons (NPT). The AA writes that the UN prohibition agreement results in a “subordinate treatment of existing obligations”. This could “from the point of view of the Federal Government lead to a fragmentation and real weakening of international disarmament efforts in the nuclear field”.

The Scientific Service of the Bundestag contradicts this view of the Federal Government in a current report. The two contracts are “not legally contradicting each other,” it says. The legal “update” consists primarily in the fact that the nuclear weapons ban treaty “contains concrete disarmament obligations and delegitimizes the strategy of nuclear deterrence”.

At the UN in New York, the attitude of Germany and other opponents of the TPNW met with criticism. “States that do not intend to accede to the treaty should respect legitimate fears and all good faith efforts to achieve nuclear disarmament,” Secretary General António Guterres told his spokesman. In the meantime, 115 German cities have “welcomed” the UN prohibition agreement and asked the federal government to “join”.

The moment of truth arrives for Eibar and Huesca in Ipurua

Janet Barboza outraged by the quarantine: “My classrooms have broken”