Against the wish of Horacio Rodríguez Larreta, the dissident radicals advance with the third list in the City 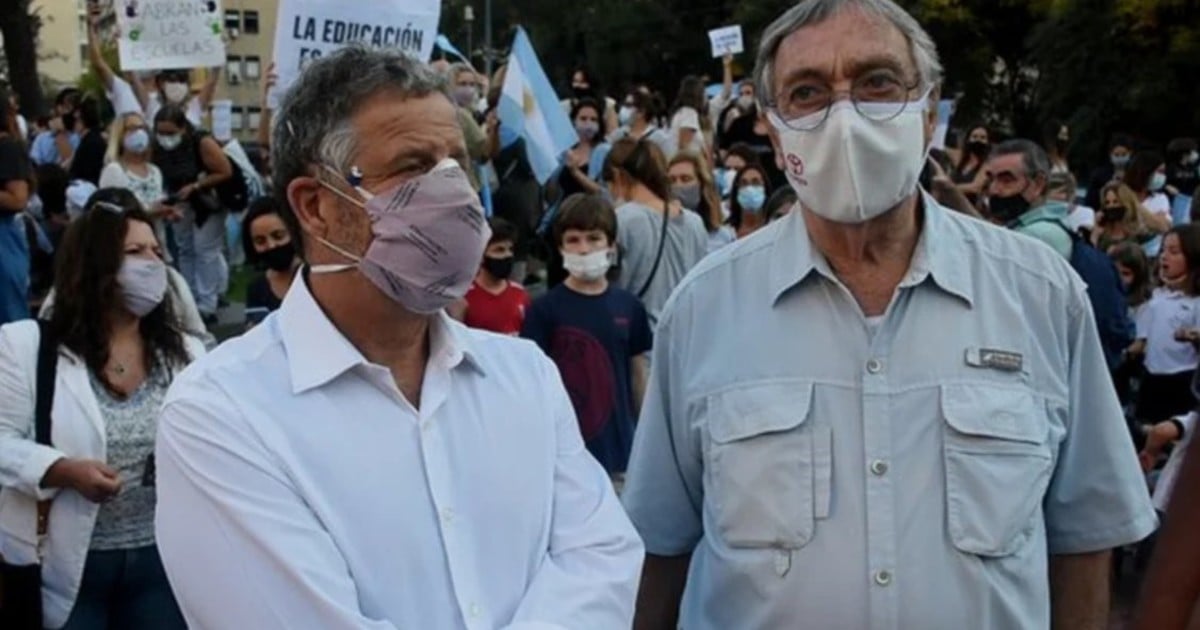 Horacio Rodríguez Larreta has been doing his best to avoid it, by different paths, for the moment without result: the dissident radicals of the Buenos Aires UCR leadership prepare the guarantees and the presentation of a third list in the City, to compete against the ruling party led by María Eugenia Vidal and the defiant – in that case with the endorsement of the head of Government – Ricardo López Murphy.

Rodriguez Larreta was imposed in the PRO strategy in the district that he administers by getting Patricia Bullrich to lower her candidacy and reserved two places on the ballot for the sector of Martín Lousteau, Emiliano Yacobitti and Enrique Nosiglia, winner in the internal party of the Capital. One will be for Martín Tetaz, behind Vidal. Another possibly for Carla Carrizo. Another radical space, made up of Facundo Suárez Lastra, Adolfo Rubinstein, Ricardo Gil Lavedra, Luis Brandoni and Jesús Rodríguez, is shown determined to show up with own ballot.

Rodríguez Larreta’s attempts, personally and by different interlocutors, have so far not achieved their purpose. After meetings in which negotiations did not prosper, the head of government took the request to the meeting of the national board of Together for Change.

Alfredo Cornejo replied that he could initiate negotiations, although competition within the opposition coalition should not be a problem. Later Lousteau himself got involved in negotiations. Also Daniel Angelici. There was offers of charges in the City, they did not conform to the radicals.

“The proposal that we get off seems foolish to us. What encourages us is the profile of Together for Change. There is a void in a channel capable of expressing an active, progressive city, with a social democratic aspect, ”Suárez Lastra told Clarion. According to their gaze, Vidal and López Murphy as heads of the list make up a “conservative” electoral offer that does not contemplate the radical Buenos Aires voter who in other years leaned towards Elisa Carrió or Lousteau.

“We do not face, we integrate. We give the electorate another option from where to participate. The dispute between Rodríguez Larreta and Macri reduced the capacity of representation of the list“Added the deputy whose term will end in December, at the same time that he marked differences with Vidal and questioned Rodríguez Larreta’s strategy:” She does not express the oppositional vigor of those of us who were in the streets. It is not with a smile that Kirchnerism is stopped. And this matter that the leader has to order is a Peronist logic alien to Juntos por el Cambio ”.

Facundo Suárez Lastra and Luis Brandoni with Ricardo López Murphy, the former minister who will lead a ballot to compete against María Eugenia VIdal.

The radicals confronted with the party leadership had had conversations with Bullrich, before he lowered his candidacy. Then there was a photo of Suárez Lastra and Brandoni with López Murphy, although they assured that it did not imply support and that the image was spread by the former Minister of Economy. In this days they gathered the endorsements to present the list, with a complication: the requirement of a photocopy of the document to consider them valid, according to Suárez Lastra, a requirement that in Juntos por el Cambio has already stopped running in other districts.

The conformation of the ballot with the Adelante Ciudad seal would be known this Thursday, possibly with Rubinstein in first place followed by Mónica Marquina, specialist in Education and member of Organized Parents. Brandoni assured that he will go 13th, a “Anti-testimonial candidate” no chances of entering Congress.

With the floor set at 15%, they estimate that they will have to raise a few 100,000 votes in the STEP to screen applicants for the generals. This is one of Rodríguez Larreta’s concerns, due to the agreements closed with the partners on Vidal’s list. Carrió will have two expectant places (for Paula Oliveto and Fernando Sánchez), another would remain for Fernando Iglesias and Bullrich promoted the political scientist Sabrina Ajmechet.

At one point the lockers for the holder of the PRO were in doubt and there was tension in the PRO. He even threatened to refloat his candidacy, although the negotiations later got back on track. “We allow dominoes of unity. When they realized that we were serious, it was resolved ”, they said near Bullrich. With the dissident radicals, the scenario looks more complicated. “Patricia getting off is a PRO issue, Larreta does not order us “, they challenged.