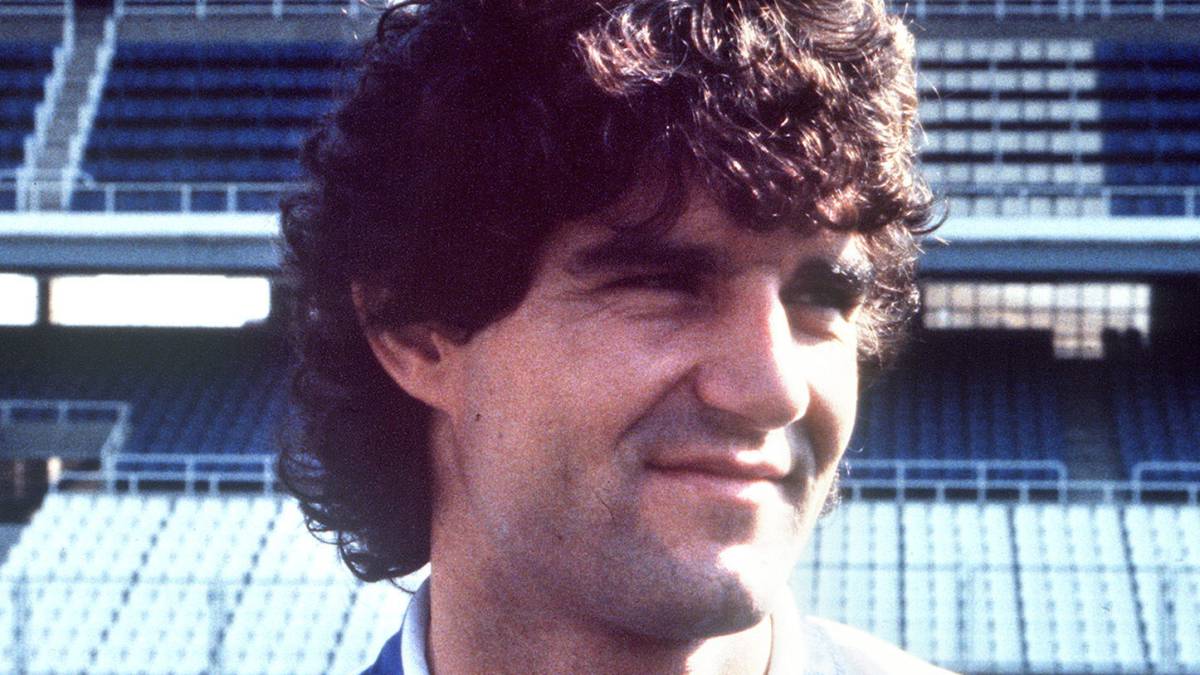 April 20, 1980. Just 41 years ago. José Cano López, ‘Canito’, was playing a Barcelona-Athletic Bilbao LeagueBut he kept looking askance, restless, at the electronic scoreboard – one of the few at that time that had already replaced the mythical manual dart – at the Camp Nou. until the goal that Espanyol had just scored against Hercules appeared, in Alicante. Y Canito, wearing his Barça shirt, raised his arms to celebrate. A spontaneous reaction that gives title to ‘Canito, the gesture of a rebel’, the book by Jesús Beltrán that portrays a unique character from a time when football was for the fan.

The publication of the work, a novelty for this Sant Jordi edited by ‘La Grada’, It also coincides with the emergence of the controversial European Super League, which has unleashed an earthquake in professional sports, in contrast to a footballer who was, above all else, authenticity. “He spent his childhood in the landscapes of ‘Perros Callejeros’ and football rescued him from miseries, although his end –with only 44 years– was very hard ”, he evoked Francesc Via, prologue, during the presentation for the press that took place this Tuesday at the Pasa Tapas restaurant. “In America, Canito would have a movie and Oscars”, He stressed.

Beltrán, passionate about the history of Espanyol and especially of those years 70-80, delves into the gesture that gives the book its title. “By raising his arms, he was insulted by almost the entire Camp Nou, so that he made the gesture of leaving the field of play ”. And that he was living one of his sweetest moments at Barça, converted by Helenio Herrera from libero to forward.

“He was the protagonist of the moment; José María García interviewed him that night for ‘Hour 25’, the star program of the SER, and he wondered why he couldn’t celebrate a goal from his team”, Commented the author, who has dived in newspaper archives and chatted with former colleagues, friends and family to to review, essentially, the stage that goes from 1976 to 1982 of one of the most brilliant myths that Espanyol has had.

Chayanne is vaccinated against the coronavirus: "For my family and for you"