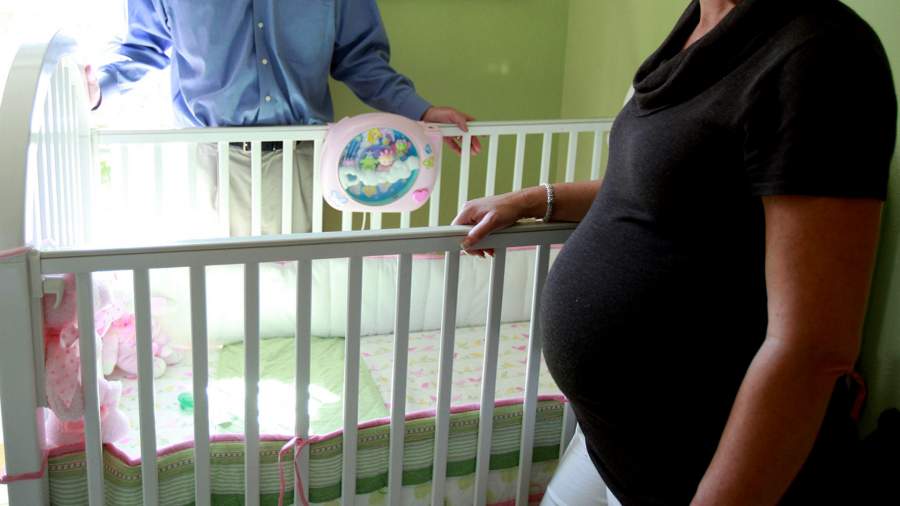 The White House, in keeping with President Joe Biden’s campaign promises, has begun a fight to expand abortion rights for American women. In particular, the US administration expects to open access to federal funds to pay for artificial termination of pregnancy. The initiative of the head of state, however, may not pass the “filter” in the upper house of Congress, where the advantage of the ruling Democratic Party is minimal. In addition, the realization of the hopes of “supporters of choice” may be hindered by the decisions of the conservative Supreme Court formed under Trump and the position of the powers of certain states, which have broad powers.… Details – in the material “Izvestia”.

President Joe Biden has set to work on his campaign promises to expand abortion rights for women in the United States. In particular, the White House’s fiscal 2022 budget request, published late last week, does not mention the so-called Hyde Amendment. This legislative provision, named after the proposer of Republican Congressman Henry Hyde and restricting the rights of American women to compensation for the cost of an abortion from the federal treasury, from 1976 until recently, was taken into account in the expenditure side of the United States budget.

Under the Hyde Amendment, holders of state Medicare and Medicaid insurance policies, federal employees, female military personnel, and residents of the DC metropolitan area could not expect to pay for their abortion expenses. The only exceptions were those episodes when the preservation of the child could threaten the mother’s life, as well as cases when pregnancy occurred as a result of rape or incest.…

The White House initiative has been enthusiastically received by women’s rights organizations and human rights activists who believe that the restrictions imposed by the Hyde Amendment primarily affect the interests of low-income women. “We are glad to see this historic step! For far too long, the Hyde Amendment has allowed the government to control the personal health care decisions that low-income people can take, ”said Planned Parenthood.…

It is the socially unprotected segments of the population, as well as representatives of ethnic and racial minorities, who are more likely to benefit from the state health insurance systems. The average cost of an abortion in the United States, estimated by the Gutmacher Institute, which supports the idea of ​​a woman’s freedom of choice while maintaining or terminating her pregnancy, is about $ 500.

The expected negative attitude to the initiative of President Biden was reacted in the ranks of the Republican Party, whose members are distinguished by more conservative views. This move by the White House “reverses the precedent that has been in force for decades by allowing abortion to be paid directly with taxpayer money,” said, in particular, the leader of the Republican minority in the US House of Representatives, Kevin McCarthy, whose words are quoted Reuters…

In any case, as noted by the American media, the current White House abortion initiative is a rather indicative step: it may not come to the abolition of the amendment itself… “Democrats now have only a small majority in the House of Representatives, where budget bills can be approved by a simple majority. However, in the Senate, where the balance of power is 50-50, most legislation must receive 60 votes, so eliminating the Hyde Amendment is a difficult task.“, – writes, for example, The wall street journal… The newspaper also recalls that nearly two and a half hundred Republican legislators – 200 members of the lower house and 48 senators – signed letters addressed to the leaders of Congress in winter, in which they opposed the removal of the Hyde amendment from any budget bills.

However, even if members of Congress returned the Hyde amendment clause to the appropriation documents from the Department of Health and Human Services, the 78-year-old president earned his political points by making at least an attempt to keep his campaign promise. The situation, of course, is somewhat reminiscent of the Russian proverb “Our business is to crow, but at least it’s not dawn there,” but it will not be easy to formally present any claims to the head of state.

In the shadow of the White House

By the way, Biden himself, being a practicing Catholic, has supported the Hyde Amendment throughout his long political career. His approach changed with the start of the presidential campaign in 2019 – during his campaign speeches, he began to regularly talk about the fact that in many states the local authorities had already declared too tough a fight against affordable abortion, and the operation itself was becoming inaccessible to the poor. It is quite possible that such a “change of shoes in the air” during the pre-election season was caused by the desire to attract the interest of the most liberal, progressive part of the democratic electorate.

Actually, After moving to the White House in January of this year, Biden personally tried not to raise the topic of abortion – despite the fact that his administration has taken a number of steps to relax existing rules in this area… This gave rise to “progressive members of Congress and outside groups to say that they are overwhelmed by Biden’s silence on this matter: since taking office, he has not mentioned the topic of abortion in any speeches, videos or posts on social networks,” clarifies Politico…

The decision to repeal the Hyde Amendment – if it nevertheless takes place on Capitol Hill – can play a certain political role in the next midterm congressional elections to be held in November next year. Public organizations supporting the “right to choose” in the United States are an important part of the democratic electorate and a kind of “bridge” between the party, on the one hand, and women voters, on the other.

In principle, abortion is a legal operation in the United States, however, in the matter of paying for operations at the expense of the budget, approaches in different states are different. For example, in California and New York, local law allows you to cover the cost of abortion from taxes collected, in other states such compensation is prohibited. The US administration’s attempt to get rid of the Hyde Amendment is a signal of President Biden’s support for expanding “abortion rights at a time when several conservative states are trying to restrict them,” points out The Washington Post…

Due to differences in the regulatory framework of different states in the country, a trend is gaining popularity, which can be called “domestic tourism for the purpose of abortion” – women travel to neighboring or even more distant states in order to undergo surgery to terminate an unwanted pregnancy… According to a 2019 study by The Associated Press, at least 276 thousand women in the United States had abortions outside the state in which they lived from 2012 to 2017… “In parts of the Midwest, South and Western Highlands (includes Wyoming, Utah, New Mexico, Nevada, Montana, Idaho, Colorado, and Arizona. – Ed.), The number of women terminating pregnancies in another state has grown significantly. in particular, in cases where the absence of clinics meant that the nearest medical facility was located in another state, or when it was easier and faster to carry out an abortion there due to fewer restrictions, ”notes agency…

And who are the judges?

For decades, the topic of family planning and a woman’s right to abortion has been one of the most controversial aspects of American domestic politics – both on the sites of the legislative bodies of the country or individual states, and among ordinary Americans with different moral and religious views. One of the key developments in this area was the 1973 US Supreme Court ruling in the Roe v. Wade case. In accordance with this decision, abortion was legalized at the federal level – provided that the operation is performed before the fetus becomes viable, that is, until about the 29th week of pregnancy.

It is difficult to overestimate the significance of the conclusion of the Supreme Court on this case: in any case Wikipedia believes that the court ruling “hit many federal and state abortion laws in the United States, and set the stage for ongoing national debates about whether and to what extent abortion should be legal, who determines their legality, what methods the Supreme Court should use when making decisions in the order of constitutional review, and what should be the role of religious and moral guidelines in the political sphere. “

However, the inviolability of even this historic decision of the Supreme Council may be called into question this fall. In late May, the US Supreme Court agreed to consider a case from Mississippi, where the parties are challenging the provisions of a local law that has not yet entered into force limiting the possibility of abortion after the 15th week of pregnancy. The supporters of the “right to choose” saw the danger even when the Supreme Court did not refuse to consider this case; the decision, however, will be made at best in the spring or even in the summer of next year a few months before the midterm congressional elections (according to American law, all members of the House of Representatives and a third of senators are re-elected every two years).

The upcoming discussion of the case at the level of the country’s highest court will become a kind of test for the Armed Forces, the current composition of which was formed under the now former President Donald Trump. Last October, Conservative Amy Connie Barrett became a new member of the Sun. At the suggestion of Trump, she took the place of the deceased legendary judge of liberal views, Ruth Ginsburg. As a result, supporters of the conservative worldview now have six seats in the Supreme Court, while judges of more liberal views have three.

As for the restrictions on abortion rights that are planned to be introduced at the level of individual states (and there are more than half of them in the United States), then, according to the experts referred to BBC News, “Some of them will not be admitted by the lower courts, but some of these legal disputes will reach nine members of the Supreme Court.” As noted by the British television and radio company, “organizations advocating the” right to choose “fear that, by decision of the highest instance, existing norms may undergo changes – or even be completely revised.” 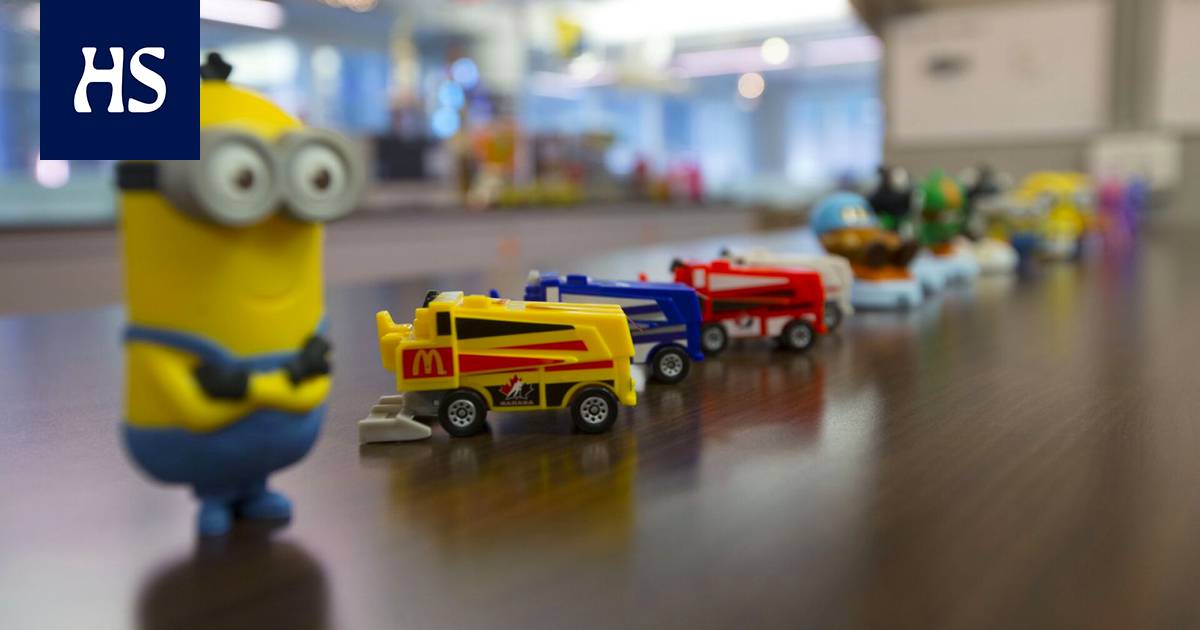