Again … death and injuries after receiving the AstraZeneca vaccine. 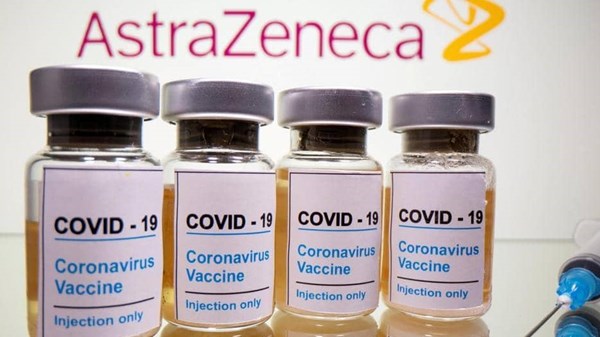 The Swedish Medical Products Agency said that a woman who was in good health died a week after she was vaccinated with the AstraZeneca vaccine, while Denmark announced 10 cases of blood clots after taking the vaccine.
“This is a case of blood clots in the arteries and veins and severe bleeding … it is the case (which is) the focus of the investigation by the European Union Medicines Control Authority,” Veronika Arthursson, head of the drug safety department at the Swedish Medicines Agency, said at a press conference.
Sweden said today that it will extend its suspension of the AstraZeneca vaccine until next week.
Meanwhile, the Danish Medicines Agency said Thursday evening that it had recorded ten reports of blood clots in individuals who received the AstraZeneca vaccine to prevent Covid-19, including one that resulted in death.
“The Danish Medicines Agency is examining ten reports describing blood clots or their symptoms after receiving the vaccine,” the agency added in a statement.
But the agency indicated that it is not yet possible to confirm a clear link between these cases and the vaccine.
This comes at a time when the European Union’s Medicines Control Authority said it is still convinced that the benefits of the AstraZeneca vaccine for Covid-19 outweigh its risks, after an investigation into reports of blood clotting prompted more than 12 countries to suspend its use.

The expert commented on the strengthening of the ruble