After the fight on TV with Fubini, the Orsini case breaks out: are we Russophobic? 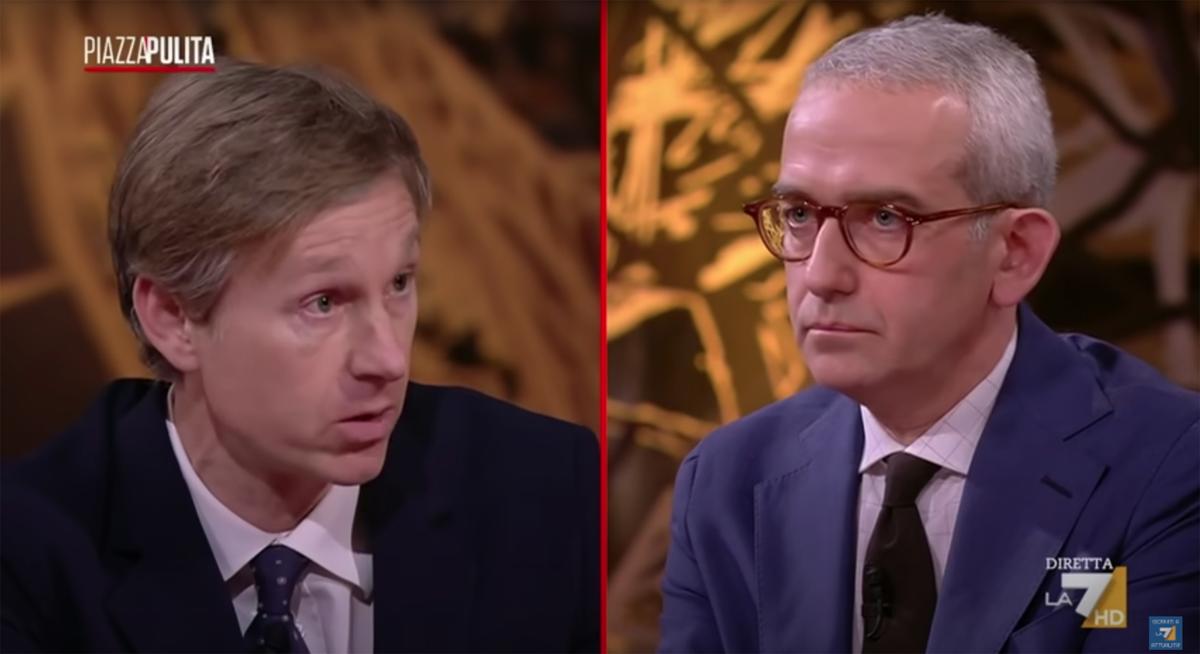 Orsini and Fubini during their verbal confrontation in Piazzapulita

Professor Alessandro Orsini he is a top academic, also appreciated abroad and director of the International Security Observatory of the LUISS Guido Carli University. To the general public he was not particularly well known before his participation in “A clean sweep”in the course of which he argued bitterly with Federico Fubini. Contrasting the thesis of the deputy director of “Il Corriere della Sera”, according to which Vladimir Putin is the only responsible for the war in Ukraine, Orsini has presented a counter-current thesis. While acknowledging Putin the war responsibility, he blamed the Western bloc with the political one, for having neglected some aspects: “Ukraine is to Russia as Mexico and Canada are to the United States. If Mexico allies itself with Putin, the United States they would destroy Mexico, either by assassinating its president or by promoting a civil war or by breaking through the border by waging the same war that Putin is waging in Ukraine “.

Orsini’s is a counterintuitive, uncomfortable and even stinging thesis, but precisely this is useful for enriching the debate with the element of doubt, so lacking in a situation in which it is much easier to adhere to the simplification “Russia monster and Ukraine victim”. Let’s be clear: there is no doubt about it who is the attacked and who the aggressor, as well as on the fact that the Ukrainians are indeed the victims of the conflict and therefore should be helped. However, reducing the complexity of a complete geopolitical analysis of such relevant facts to this is a crime. Welcome dissonant voices like that of Orsini, who may not be right about everything (maybe about nothing), but who at least stimulates us to think outside the pre-established schemes. To ask ourselves questions. A decidedly difficult one is the opportunity to recognize Putin’s victory in Ukraine which, according to Orsini, would serve to limit the losses among civilians.

The position of Luiss Guido Carli

The university replied with an official note, in which he remembers having “expressed full solidarity with the Ukrainian people which, for days, has been courageously defending its right to democracy and self-determination enshrined in international treaties “and therefore” considers it essential that, especially those who have responsibility for centers of excellence such as the Observatory on International Security, must scrupulously adhere to rigor scientific facts and historical evidence, without leaving room for opinions of a personal nature that could undermine the value, wealth of knowledge and reputation of the entire University “.

From well before the war in Ukraine – and before that the drama of Covid – intervened to sclerotize the positions, we live in the era of polarization. The spaces for dialogue between different opinions are increasingly reduced, because we tend to take sides on opposing poles in an uncritical way, as if it were a football match or a new edition of the clash between Guelphs and Ghibellines. Anything that sounds like an expression of otherness, instead of intriguing us, causes us annoyance, to which we react aggressively. Sometimes even censoring, just as Putin does in Russia whose undemocratic character we (rightly) stigmatize.

See also  In Ufa, the head of the cemetery and the ritualist got into a fight

When sanctions lead to ridicule

There has been much discussion in recent days about the sanctions applied by the international community to Russia and the opportunity to also hit companies, individual citizens and even sportsmen who have absolutely nothing to do with the war. Unfortunately it is a necessary evil: only isolating Russia the context of an increasingly global market will stimulate that reaction from within which could avoid extending the conflict to the outside, with uncontrollable results. It is no coincidence that, in addition to ordinary people who are courageously manifesting their opposition to war, those from Russia who speak of peace with the loudest voice are the oil giant Lukoilwhich has obvious interests in its international relations.

However, it is necessary to know how to discern. It is one thing to try to close Putin in an enclosure in which he has no possibility of movement, it is quite another to get caught up in genuine attacks of “russophobia” such as those that led Bocconi University to suspend the course of Paolo Nori on Dostoevskj (only to change his mind due to general indignation) or even to exclude Russian cats from international events. To cause these slips is not only the polarization, but also the communication anxiety that makes us feel obliged to take a stand on everything, always and in real time. It also applies to some brands that have tried to do real time marketing on the Ukraine issue, with not always brilliant results (we talked about it in this interview with Riccardo Pirrone). You risk making a fool of the media or, worse, falling into a new and grotesque version of the McCarthyism of America 70 years ago, when the commission headed by the senator Joseph McCarthy it banned intellectuals and artists on the sole suspicion that they had pro-Russian sympathies. For this reason I hope to see Alessandro Orsini on television soon, to listen to an opinion that is certainly more informed than mine, albeit with the right and duty not to necessarily agree with him.

"We are not up to the club's history," says Hiram Mier