After the ECB cuts, get ready for Draghi 2 with the parliamentary crowd 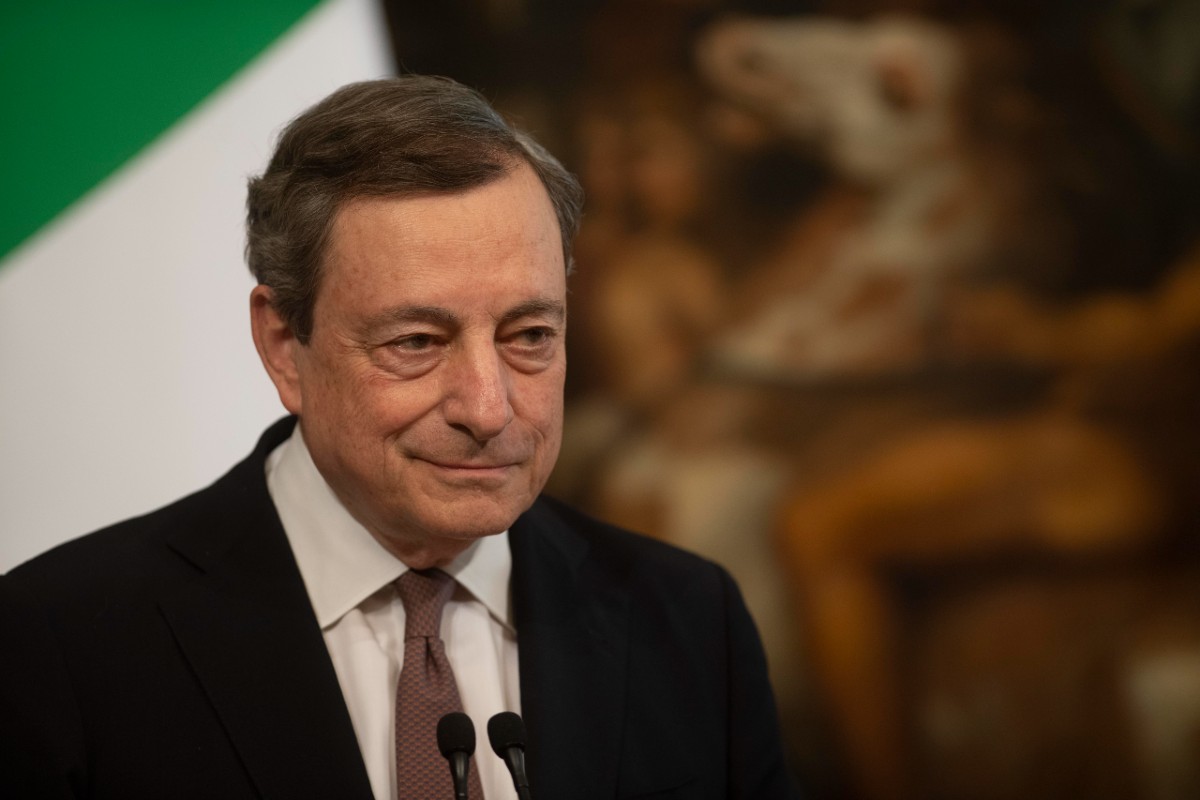 Electoral campaign 2023 of great promises to fail to make a government afterwards. And resurrect “The Draghi that the markets want” to sell off what remains of public affairs

The European Central Bank led by Christine Lagarde has decided that it will pose an end to purchases of government bonds of EU countries, a practice introduced in 2015 by Mario Draghi governor, to defend the euro from speculation, then maintained by Lagarde herself given the pandemic.

But thanks to energy problems, the explosion of inflation, which we once called “high prices”, has never been so rampant in the last 30 years. Added to this is a world record public debt, our wages have fallen over the last 30 years (unlike any other OECD country) and a part of the companies to collapse. Before the war broke out and the cost of energy exploded A company calculated over 700 thousand companies at risk of insolvency, for a possible total collapse of 27 billion. Imagine what can happen today.

The lack of purchase of government bonds threatens to procure the perfect storm, moreover post Covid: to increase the spread, giving a speculative flare to our economy, as there was in 2011 when there was the Berlusconi government, forced to resign. Then Mario Monti arrived with his plan of tears and blood. But nothing changed. Only the increase in the tears and blood of the citizens.

See also  Ukraine, the journey of volunteers from the Gulf of Diano Marina to help refugees

Elections 2023. The next government like the last Berlusconi? Forced to resign?

The next government is likely to find itself in the same condition as the last Berlusconi government, if it has to secure public accounts. And given that for the 2023 policies the clear victory of the right or the left seems uncertain, what could be better than a good general crowd to save Italy? How is it with Ukraine today?

The money to be taken, to make ends meet, is that in the hands of the Italians. The entire system of local public services will de-authorize local authorities, as stated in the Competition Bill already drawn up by the current Draghi government, and will open up to big finance, by raising all citizens’ tariffs.

This is because when it was possible, with the ECB buying government bonds, nothing was done to reinforce our fundamentals: to facilitate the possibility of building a business, reducing taxes, lowering unproductive spending by reinvesting that savings in economic multipliers.

Therefore, the headlines of these days should not be directed to complain about the ECB’s decision not to buy securities, but to focus on why in recent years the Italian political class has increased unproductive spending, destroying the industrial and small business system. .

We know the limits and contradictions of the ECB, as well as the archaic policies of the European Union, not able to plan a common energy policy even in wartime but so skilled in the past to also decide the curvature of cucumbers (then that rule was repealed because even the ridiculous has a limit ). We also know the brutality of the ECB, as it was shown in the management of the Greek crisis of 2015: it goes hand in hand with the inconsistency manifested by the EU during the pandemic (filling us with debt) and the war in Ukraine. But the question remains: why in these years of the ECB buying government bonds, to control spreads, has politics done nothing to increase GDP? Couldn’t it be done? It’s false.

The reforms of Portugal and Spain

The Spanish and Portuguese governments, the other two countries that together with us and Greece are called offensively Pigsand which over time have always declared themselves hostile to a limited sovereignty by the ECB, have instead carried out reforms.

It is no coincidence that in recent days no one in the national newspapers of these two states has expressed concern about the failure of the ECB to purchase government bonds. In recent years, Spain and Portugal have increased industrial production and reduced unproductive spending.

The same thing did Spain which had already recovered the post-crisis condition of 2008, getting there before pandemic with Iberian employment growing by 3% in each of the four years preceding the 2018-2019 season.

See also  From a "worn out" bed sheet to a school shirt... The story of Cape Town's schools!

But we have our political class, immobile, always equal to itself, ready for the crowd as long as it stays in positions of power, certainly not that of the Portuguese and the Spaniards.

Failed referendums. Final estimate on voter turnout between 25 and 30%

Poll, Italians optimistic about the future of the economy and work

Ukraine, the war costs a lot. Stinged from 8.1 billion at the table

Milan, Far West in via Bolla. The reasons for violence and degradation. VIDEO

Berlusconi tells an anecdote from his past: “When I was 12 I was attacking posters for the DC”. VIDEO

TBWA Group, concluded the 2022 edition of “Lions of Golf” by Integer

Elections, Mayor Ghedina rejected in Cortina. And with him the 2026 Olympics