After the defeat in Madrid, the leader of Podemos Pablo Iglesias announced that he is leaving politics 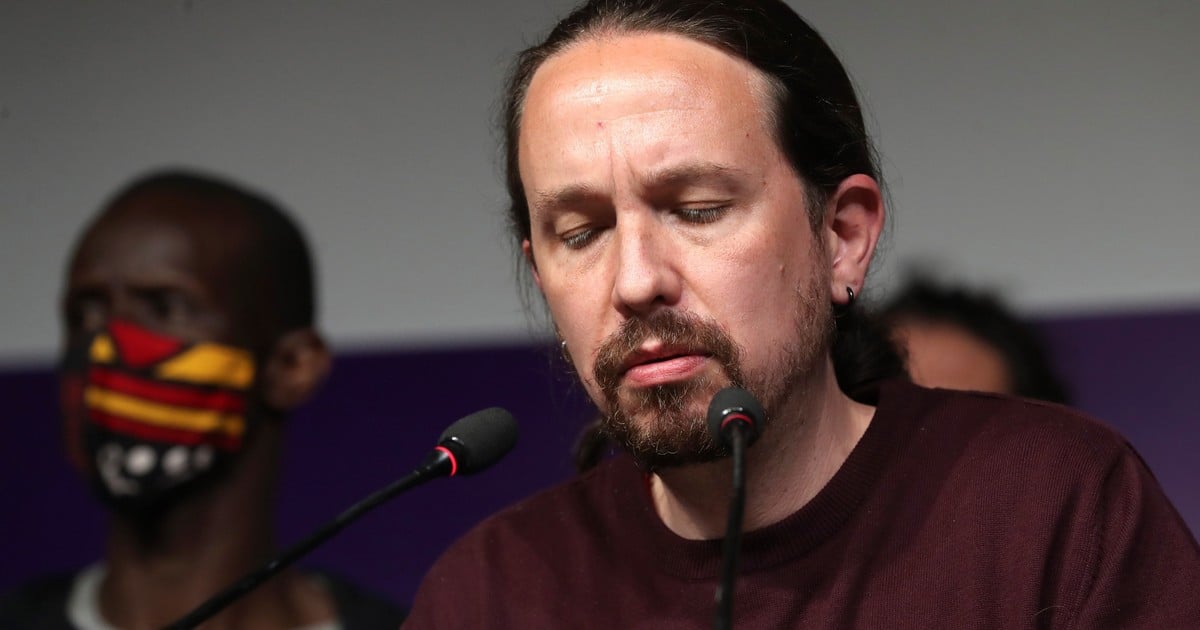 It was almost midnight in Madrid when Pablo Iglesias, secretary general of Podemos and candidate for president in the regional elections this Tuesday, said enough.

“I drop all my charges. I am leaving politics ”, were his words after learning the results of the regional elections in which the Popular Party razed and his formation was fifth and last.

“I predict that the institutional disloyalty of the Community of Madrid towards the State government and towards other institutions is going to intensify,” predicted Iglesias, who in mid-March he had stepped down from the second vice presidency of the government of Spain, which cost him so much to get, to fight in Madrid.

“Although we have improved the result of two years ago, it is still an insufficient sum,” he admitted about the modest results of United We Can in the Madrid elections where Iglesias landed to prevent his formation from stumbling and losing parliamentary representation in the Madrid Assembly if he did not achieve 5 percent of the votes necessary to secure a seat.

With him at the top of the list, Podemos won 10 seats, three more than he obtained in the 2019 elections.

“With regard to the results of the left, I think we have failed,” he added about the collapse of the PSOE in Madrid.

Iglesias confessed to having become a scapegoat for this electoral campaign: “We have verified the unprecedented aggressiveness of the Popular Party as well as of the extreme right, an unprecedented normalization of fascist speeches in the media, death threats and that the extreme right put in doubts those threats, “he listed on the two envelopes with bullets and intimidating letters that he received during the campaign and that the Vox candidate, Rocío Monasterio, dismissed during a debate.

“I don’t think I contribute to adding. I am not a political figure who can contribute in the coming years so that our force can win, ”he said.

Iglesias had already nominated the current Minister of Labor, Yolanda Díaz, as the successor to his vice-presidency – which corresponds to his party, according to the government programmatic agreement he signed with Pedro Sánchez at the beginning of last year – and even dared to launch her as a future candidate for the presidency of Spain.

“Yolanda Díaz is the best Labor Minister in the history of our country,” Iglesias said. She may be the next president of the government of Spain. “

The president of the Community of Madrid, Isabel Diaz Ayuso (PP), greets supporters this Tuesday, after the elections. Photo: REUTERS

Pablo Iglesias is not afraid of swings nor to the inconveniences: during the year and two months that he lasted in the Council of Ministers of the coalition government with the PSOE, he did not hesitate to attack the Royal House without shame or to propose a referendum to vote for the republic.

He did not avoid questioning the democratic quality of Spain due to the situation of the independence politicians imprisoned in Catalonia, nor did he avoid confessing that he did not agree with the socialists on economic policies such as the regulation of rents.

This is how one day Pablo Iglesias, the long-haired boy who founded a party to the left of the left a little more than seven years ago in Madrid, ignored his own motto, -Yes, you can! ” and it blew itself up before the victory of a rabid right wing.

Melissa Klug does not rule out becoming a mother again