After the closure of the ‘Apple Daily’, they arrest an editorialist who was leaving Hong Kong 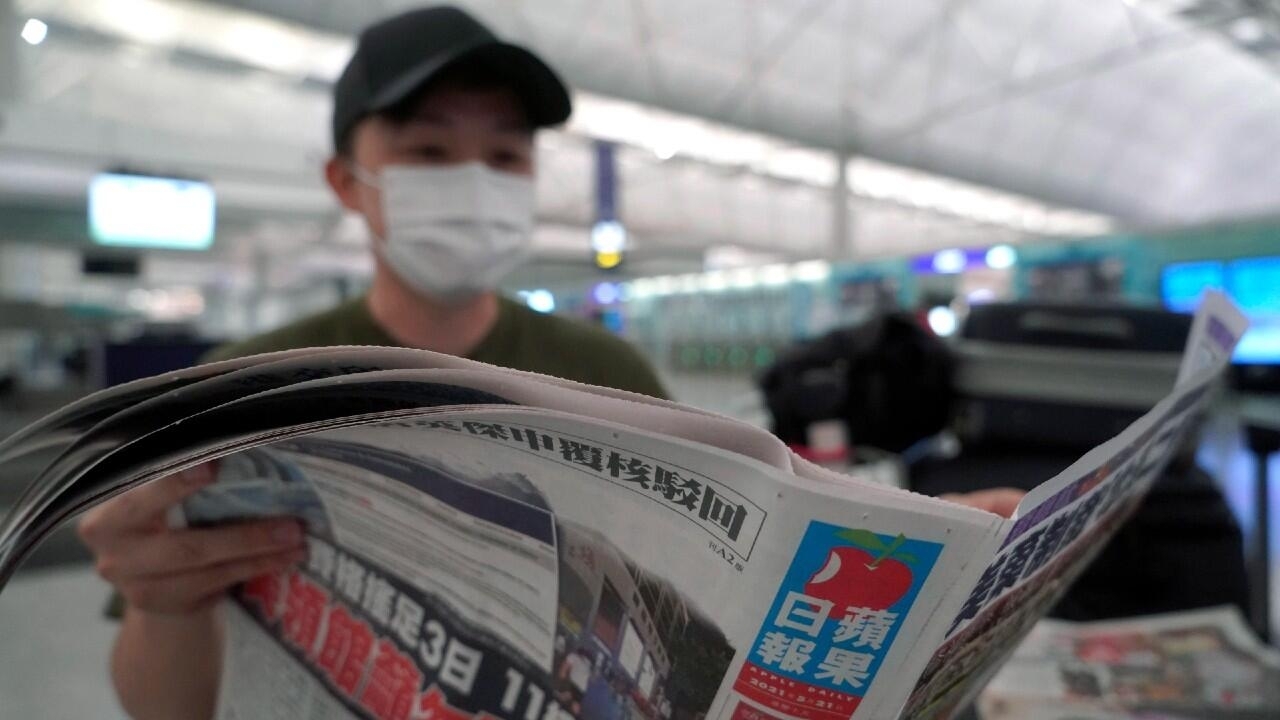 There are already seven directors of the ‘Apple Daily’ arrested in recent weeks. The Hong Kong pro-democracy newspaper closed last week due to pressure from the authorities who, under the National Security Law, introduced by China, sentence up to life imprisonment those who the government considers “conspiring with foreign forces”.

In Hong Kong the independent press remains under siege. On the night of this Sunday, June 27, Fung Wai-kong, an editorial writer for the recently closed newspaper ‘Apple Daily’, was preparing to leave Hong Kong when he was arrested by the authorities at the airport.

Wai-kong was arrested, although charges have not yet been brought against him, but there is a trail of arrests against officials of the newspaper that circulated for the last time last Thursday due to pressure after the arrest of at least seven executives accused by the Government of “conspiring with foreign forces”, a crime typified in the National Security Law.

The accusation was used to freeze all the assets of the newspaper’s board of directors. The text argued that more than 30 articles were published calling for international sanctions for Beijing and Hong Kong. Local media ‘South China Morning Post’ and ‘Citizen News’ reported the arrest and, citing anonymous sources, claim that the editor was arrested on “suspicion of foreign collusion to endanger national security.”

The controversial legislation contemplates crimes such as subversion, terrorism, conspiring with foreign forces and contemplates life imprisonment as the maximum penalty. The city’s democratic movement believes that this law will end the few freedoms that existed in Hong Kong.

Another medium that could disappear in Hong Kong

‘Stand News’, another independent digital medium, began to close spaces due to local censorship. The outlet announced that it will remove comments on its website published before June, as well as its fundraising initiatives due to concerns of facing a fate similar to that of the ‘Apple Daily’.

“The measures taken by ‘Stand News’ were to protect the media’s supporters, writers and editors in Hong Kong’s ‘literary inquisition’,” said Ronson Chan, a journalist for ‘Stand News’ and president of the Association of Hong Kong journalists, who condemned the arrest.

“The HKJA reiterates that freedom of expression and freedom of the press are fundamental values ​​of Hong Kong. If even the writing of literati cannot be tolerated, it will be difficult for Hong Kong to be considered as an international city,” they said.


In mid-June, more than 500 police officers entered the newspaper’s headquarters, took computers and documents, and arrested the editor and director of the newspaper. The founder of ‘Apple Daily’, Jimmy Lai, a well-known figure in the Hong Kong pro-democracy opposition, is under arrest and faces charges related to the National Security law.

In Hong Kong on June 24, long lines were queued in front of newspaper shops and distributors. Hundreds of people wanted to take the latest edition of the ‘Apple Daily’, which it decided to close due to actions against its directors and publishers. Its editor-in-chief published in the farewell letter that “The ‘Apple Daily’ is dead (…) Freedom of the press was the victim of tyranny.”

According to Amnesty International, the National Security law passed on June 30, 2020, is “dangerously imprecise and general: under its provisions, practically anything could be considered a threat to national security.”