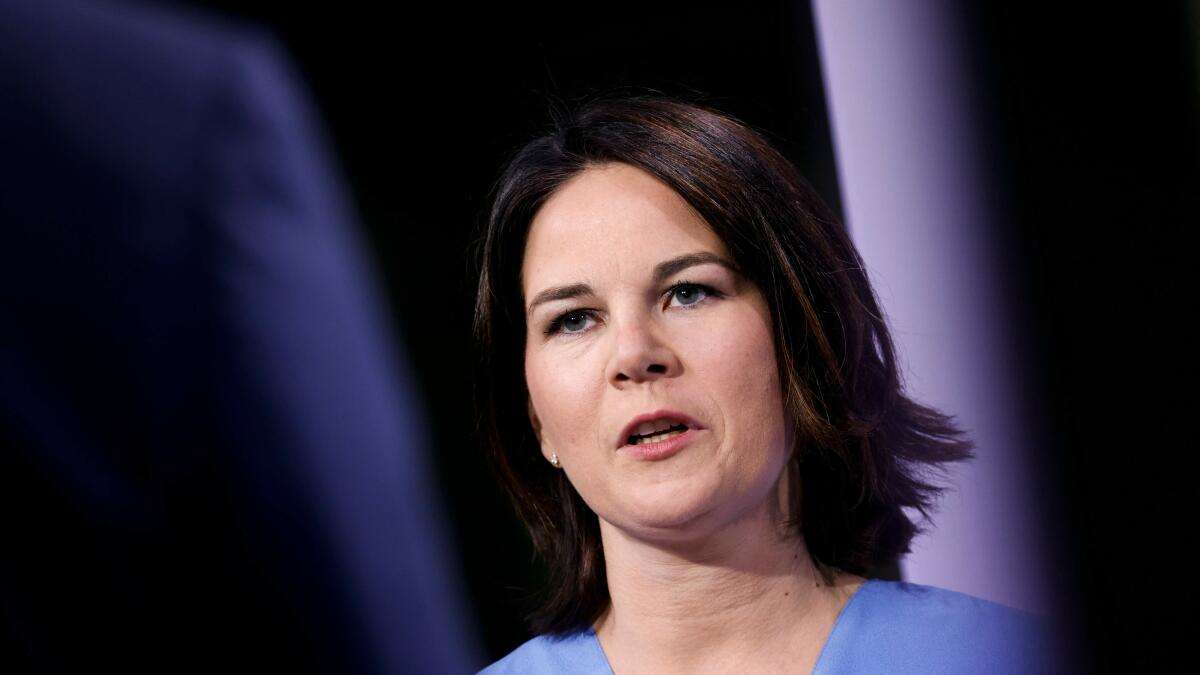 Annalena Baerbock admits a mistake. She also admits that the election campaign will put her to the test – it is mainly about old enemy images.

Munich – The debate about Annalena Baerbock’s book does not end. Now the Chancellor candidate of the Greens adds something herself – a kind of admission of a mistake. “In retrospect, it would certainly have been better if I had worked with a list of sources,” she said Süddeutsche Zeitung on Wednesday.

The debate does not seem to do the party’s polls any good – for the first time in a long time, the Greens have slipped below 20 percent:

An Austrian plagiarism hunter had identified several passages that Baerbock had copied from other texts or statements by other politicians without giving any information. She also provides an explanation for this: she consciously resorted to publicly available sources, especially when it came to facts, she said. “But I take the criticism seriously.”

Armin Laschet, her competitor of the CDU, who gave an interview in a women’s magazine on Wednesday evening, would like to lead a more objective election campaign again – and did not want to lead anything into the debate about Baerbock’s book in the interview.

Annalena Baerbock on challenges in the election campaign

“For more than three years in the party, we (the co-chairman) Robert Habeck and I have worked intensively to overcome rifts through a different address and attitude,” she said Süddeutsche Zeitung also. But in her own words, it is not always easy for her to maintain this stance before the federal election and to work “hard and clear on the matter, but fair in tone and open to arguments”.

“This type of communication is put to the test in a tough election campaign, precisely because of personal hostility. I also slipped into old trenches for a moment, ”she admitted. She does not want to fall back into old friend-foe reflexes, but rather openly discuss the big questions of the future with everyone. (dpa / kat)