After the assassination of the president of Haiti: Who mourns Jovenel Moise? 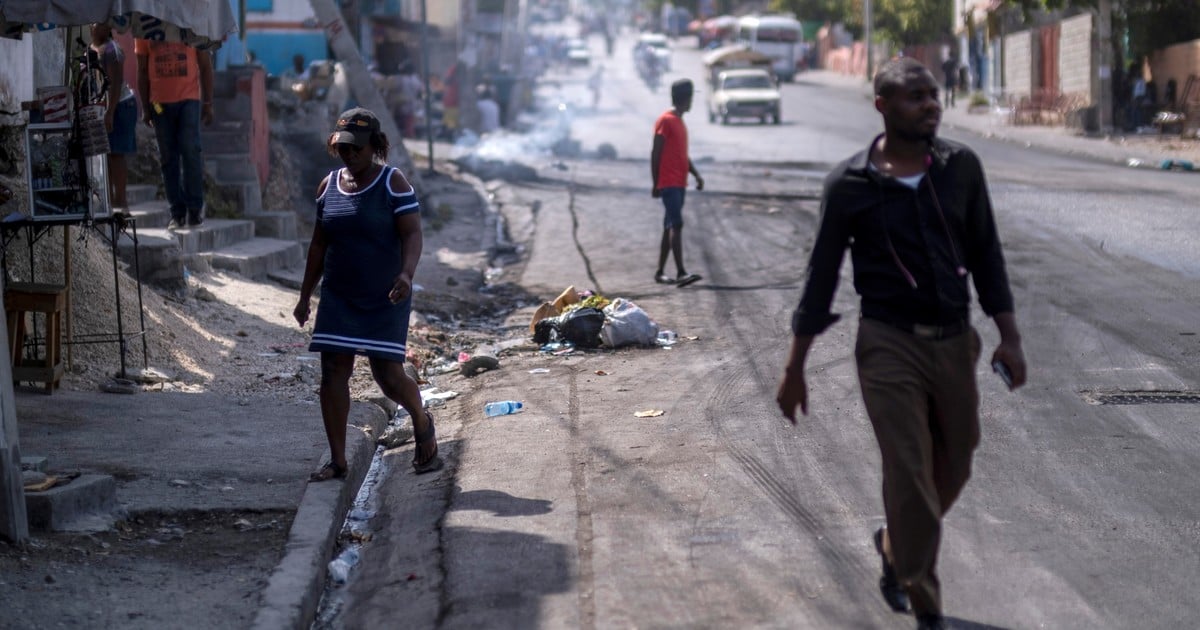 The town of Haiti protest is in his blood. But, a week after the brutal assassination of its president, Jovenel moise, in full official residence, did not go out en masse to the streets. Nor have there been any public expressions of mourning.

The assassination, which shocked the country last Wednesday after three truly tumultuous years, marked by protests, violence, kidnappings, economic ruin and COVID-19, has left the population in a state of “shock.”

The Restlessness and fear of citizens is evident and it is expressed in the streets, which remained deserted in the first two days after the crime and then gradually returned to normality.

Many citizens are sorry and empathy for the human being sprouts, although Moise did not arouse much affection among the population, after three years of constant crisis.

Flowers in front of the Presidential Palace in Port-au-Prince, Haiti, a week after the president’s murder. Photo: REUTERS

Mila Amboise feels insecure, because if President Moise, with all the security he had, died assassinated in that way, she wonders what ordinary citizens like her can expect. they have no means to protect themselves.

He claims to be “very sad.” He never thought that something like this could happen, he never imagined that they could kill the president like that.

A man who prefers not to identify himself agrees with her. “President Moise is a person, like me, so it is very sad that he was assassinated. Definitely, I am very affected by his death,” he replied to the EFE agency.

Another man, Alex, states that “as a human being, the news has affected everyone, because he is human.”

“There is a lot of politics, but an adversary is not really an enemy. This murder hurts us. As it happened, there is the possibility that the country will reach chaos,” he evaluates.

Another Port-au-Prince, who refused to reveal his identity, is shown impassive Before the event: “It has no effect on me. Because I am used to this type of situation. Everyone in the country has regretted living here. I do not care.”

Haitian police officers patrol the streets of the capital this Wednesday. Photo: REUTERS

All against the president

While nonstop escalating a multifaceted crisis in Haiti, Moise one by one he lost the vast majority of the support that led him to win, in the first round, the elections in 2016.

In recent months the opposition, trade unions, the business sector, churches and numerous professional and civil society associations had called for his resignation.

Since the summer of 2018, protests against Moise disrupted all economic activity in Port-au-Prince for weeks on end, in different stages.

Protests were called against the corruption, due to inflation or lack of fuel, and more recently, against the wave of kidnappings and the indiscriminate violence of the armed gangs that operate in the neighborhoods of the capital, and also against the controversial project of a new Constitution that the president was championing.

Protesters demand justice in front of the Presidential Palace of Haiti, a week after the murder of Jovenel Moise. Photo: AFP

But after Moise’s death, the silence of the streets is maintained.

Political analyst Georges Michel tells EFE that “people are still surprised, they are still in shock.”

“The assassination of the president created a trauma. The population was surprised by the news” and, although “they asked for his resignation, they did not want him dead,” he said.

The analyst recalls that when other presidents died while in power, either assassinated or due to natural causes, the last one being the dictator François Duvalier in 1971, “everyone is silent.”

“The population does not take to the streets every time a president dies.”

In general, he said, “the population reacts calmly,” with some exceptions, such as when the independence leader Jean Jacques Dessalines He was betrayed and assassinated by his collaborators in 1806.

The other big exception was the another assassination occurred in the country, the death of Vilbrun Guillaume Sam in July 1915, in which case the population was already in the streets demonstrating against his regime and a mob lynched and killed him.

In his opinion, the protests that have been going on for months “will soon resume. The opposition will demonstrate against Claude joseph“, who is running the country after the assassination as interim prime minister.

Citizens who want to mourn the death of President Moise will be able to do so when the state funeral is held, organized by a commission created for this purpose, although the date of the funeral is about to be specified.