After the approval of the trans quota law, they dressed the Casa Rosada in the colors of their flag 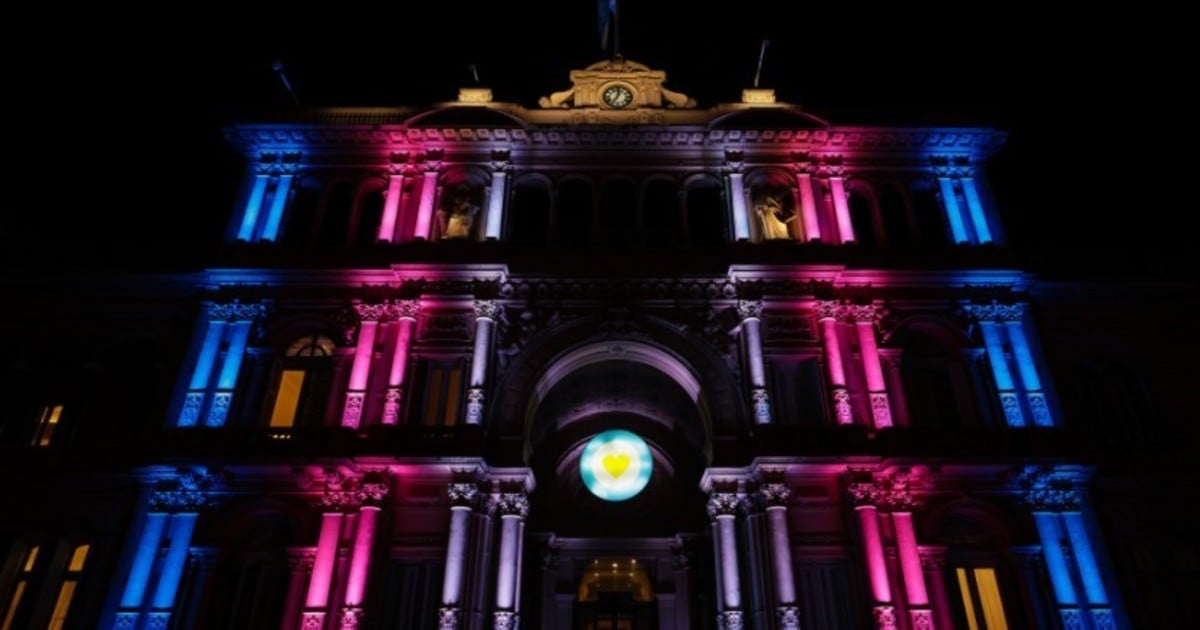 Minutes after the Senate signed into law the bill that creates a 1% job quota for transvestites, transsexuals and transgender people in the public administration, the Casa Rosada was enlightened in the colors of the “trans pride” flag.

The initiative establishes that the State must contract at least one percent of the endowment of the public administration, in all the current regular contracting modalities, to transvestite, trans and transgender people.

The first to celebrate it was the President, who with a message on his Twitter profile celebrated the approval of the law: “It is the result of the struggle of a historically violated collective. It was time for the State to listen and address their claim, “he said.

I celebrate the sanction of the Law for the Promotion of Access to Formal Employment for Transvestites, Transsexuals and Transgender people 🏳️‍⚧️

This achievement is the continuation of the advances that we have made with decree 721/2020 of the Transvestite Labor Quota in the National Public Sector. pic.twitter.com/YAo4fkEZ3g

And I add: “Today we are a fairer and more egalitarian country that recognizes and celebrates its diversity. “

Later it was the vice president, Cristina Kirchner, who also expressed herself in this regard: “This law is the result of a very long and there is still a long way to go. Always for more rights and more equality “.

He did so accompanied by a 30-second video with an extract from a speech he gave in 2017: “It is a group that still today suffers persecution“He was saying at the time.

Later then it was the turn of the reflection in the government building itself to celebrate the new law.

Thus the Casa Rosada changed color for the light blue, pink and white, vertically, on both sides of the main entrance, at 50 Balcarce street. Those colors are those that represent the flag of “trans pride“.

The image was released from the official account @CasaRosada, with a caption: “It is a historic step in response to their enormous struggle.”

The Senate approved the Law for the Promotion of Access to Formal Employment for Transvestites, Transsexuals and Transgender people.

It is a historic step in response to their enormous struggle 💪#CupoLaboralTravestiTrans pic.twitter.com/hIZN9iXS0Y

The so-called Diana Sacayán – Lohana Berkins Law, in honor of the already deceased activists for the labor rights of this community, was approved by 55 affirmative votes, Negative 1 (from Ernesto Martínez from PRO) and 6 abstentions from Together for Change (by Julio Cobos, Roberto Basualdo, Silvia Elías de Pérez, Laura Rodríguez Machado, Belén Tapia and Humberto Schiavoni).

“This law compensates a little so much pain and helplessness suffered for decades. It is a positive action of inclusion. We discuss more than a quota law, we discuss whether this group is going to begin to obtain the rights that correspond to it, “said the official senator and president of the Women’s Bank, Norma Durango, who recalled the case of Tehuel de La Torre who disappeared looking for a job.

Throughout the debate it was reiterated on several occasions that the life expectancy of transvestite, transsexual and transgender people is between 35 and 41 years old.

The initiative was promoted by the Pride and Struggle Front, the LGBTIQ + League of the Provinces and the Federal Trans and Travesti Argentina Convocation, together with the deputies Gabriela Estévez, Mónica Macha, Vanesa Siley and Cristina Álvarez Rodríguez.