After the accusation, Alberto Fernández said that the celebration in Olivos was not a crime: ‘It was an act of recklessness and negligence’ 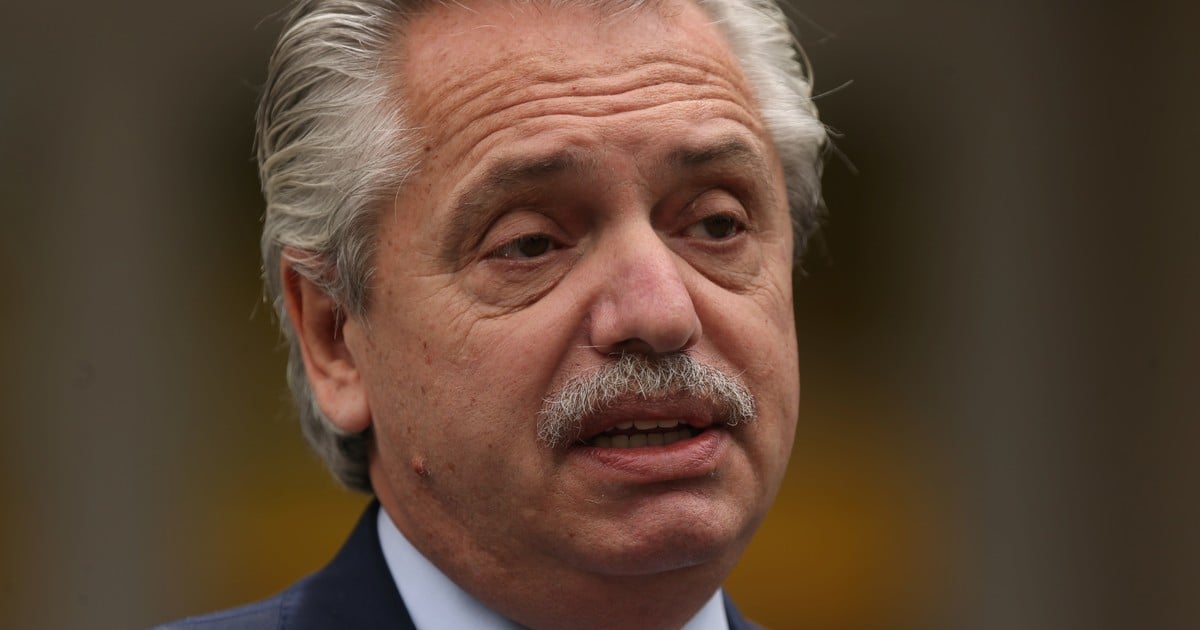 After being charged, President Alberto Fernández affirmed this Friday that Fabiola Yañez’s birthday celebration at Quinta de Olivos was in full quarantine “it was an act of recklessness and negligence”, but insisted that there was no crime.

The president sought to relativize the accusation, noting that “the imputation is to make known to someone who was denounced by another so that one can exercise their defense”, and emphasized: “It was not a fraudulent maneuver, it was an act of recklessness and of negligence “.

“The first thing I would like you to analyze is the existence of crime; Judge Sebastián Casanello is a good judge and I hope he can analyze it legally … the issue is very clear, but still what I want is for Argentines to know that this did not happen to me next door: it hurt me, it worried me and I feel like I made a mistake, a product of the maelstrom in which I lived, “he emphasized.

“I am a man who is careful about these things but with the rhythm of madness that was lived in the midst of the pandemic, this issue obviously passed me by,” Fernández insisted.

And he added, in dialogue with Radius 10: “I hope that Justice evaluates my proposal, which I think is solid. The rest are words that are written in the newspapers.”

The president again stated that none of his partner’s guests contracted the virus after the celebration: “No one, absolutely no one was infected by the people who were there, the risk crime can be questioned because the risk did not exist“And he added:” If you do not share my doctrinal concept, I repair the damage that I could have potentially caused. “

Regarding his presentation to justice before being summoned to testify, Fernández classified it as something that “a good man” should do and is “assume the responsibility that falls to him.”

Then he criticized the opposition who were also singled out for breaching the quarantine at Elisa Carrió’s birthday celebration last December and sentenced: “We are those of us who are democratic and republican and those who claim to be democratic and republican, I am not taking refuge in no jurisdiction, I presented myself as a common citizen, I said what I had to say, I hope that justice will act. “

On Thursday, federal prosecutor Ramiro González charged the President, the first lady Fabiola Yáñez and the other guests at the birthday celebration on July 14, 2020, for having breached the rules that prohibited holding meetings in full quarantine.

“Alberto Fernández, accused”, it was read on Thursday in almost all the sockets of the news channels. Some close collaborators of the president were limited to reflecting that, in reality, that condition before the law does not make him guilty, although they did not make any assessment about the damage to the presidential image.

In Fernández’s inner circle they insist that the issue is not part of the agenda nor does it move the electoral ammeter. “There was no crime, it was a mistake. This matter it will be a scar, which will remain “, maintained the last officials to leave the Casa Rosada. The President’s file, in which he affirmed that he would be” inflexible “with whoever violates the quarantine, does not scare them.

In the Executive they bet that the issue is engulfed by the crack. “The opposition was quick to get in,” they pointed out in an important office.

Fernández, with the advice of his advisor Juan Manuel Olmos, an official who knows the corridors of the courts, submitted a letter electronically at 5:50 p.m. to offer deposit for four consecutive months half of your salary in hand of $ 315,259 to the Malbrán Institute, as Clarín had recorded.

“The President chose to represent himself, arguing that there was no crime, something that Casanello has yet to resolve.

“He appeared without a sponsoring lawyer, this is a continuation of his apology and to end the matter. In this way, he repairs with what he has, half his salary,” said Olmos, one of the few officials to refer to the judicial situation of the president in the media The President asked him at the beginning of his administration to refrain from operating in the courts.