After Quinquela’s dream: La Boca residents encourage a passenger train to pass through the neighborhood 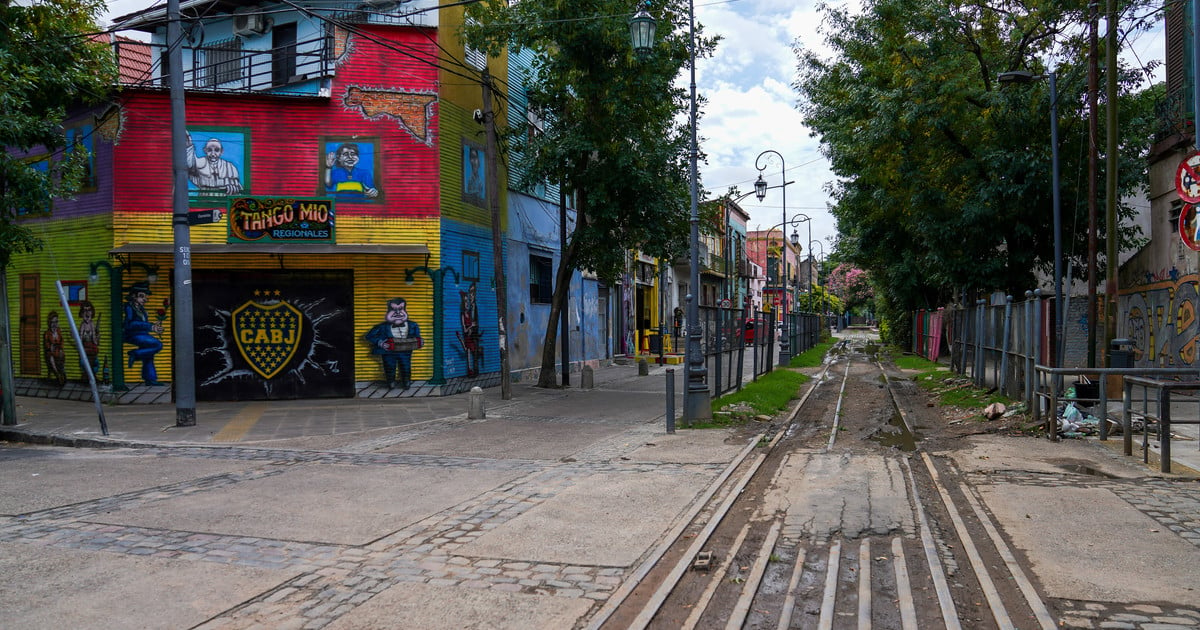 Seven decades ago, Benito Quinquela Martín had a dream: to extend the route of the first trolleybus line to La Boca, so that his neighborhood would be better connected. He knocked on doors and participated in claims, until he succeeded. Today the neighbors dream again, this time with a passenger train: the Quinquela Line. This train would link Retiro with Avellaneda through the Boquense territory, using an existing track layout.

The project is driven by the Neighbors Commission of Irala Street and Adyacencias. The same one that, at the end of the 90s, was formed to go after another desire: to turn the Casa Amarilla grounds into a park of native flora. They formed a commission, gathered signatures, presented a popular initiative project in the Buenos Aires Legislature and, in 2006, the park was inaugurated and Benito Quinquela Martín was baptized.

In this new initiative, the residents are once again inspired by Quinquela, a figure who crossed La Boca in all kinds of aspects that went far beyond the artistic. It led from the creation of a school to the opening of a dairy and a children’s dentistry hospital.

Quinquela Martín too campaigned for the arrival of public transport to the neighborhood, forming part of a story that begins with the trolleybuses that crossed the City and drifted into the current bus line 152.

The trolleybus they are electric traction buses, which take energy from an overhead cable laying. In Buenos Aires, the first “trolley” line began to circulate in 1948 between Puente Saavedra and Plaza Italia. In 1951, he arrived in La Boca, which improved the port’s connection with the center and north of the City.

The trolleybuses circulated in the City for 18 years, until 1966. Photo: Clarín Archive

Quinquela, who promoted the development of his neighborhood with donations and tireless activism, was the one who fought along with other neighbors to extend the trolley route. “Quinquela participated in the proceedings asking that the trolleybus line be extended to La Boca. He was a very active person. If he was not leading a claim, he would accompany it. When the trolley finally arrives at Calla Ayolas, just there from the Transborder Bridge, he is grateful but continues to ask for it to be extended to the Vuelta de Rocha “, says Víctor Fernández, director of the Benito Quinquela Martín Museum.

There is a famous photo that shows Quinquela presiding over the inauguration of the trolleybus extension to the Vuelta de Rocha, the July 22, 1952. He is seen among the neighbors, with overcoat, bow tie and his hat in hand.

Quinquela Martín, in the center and with a bow, at the inauguration of the trolleybus extension to the Vuelta de Rocha.

Quinquela believed that art should be there in the lives of workers and children. Therefore, he took advantage of the trolleybus to generate an artistic fact and painted a unit, arguing that it was necessary to carry “color and joy to the streets”. Thus his work transcended the limits of La Boca to tour Buenos Aires. The photos that remain are in black and white, but in the film Buenos Aires en Relieve, which in 1954 was the first to be made in 3D in Argentina, it is seen passing in front of Plaza San Martín.

“That scene in the movie is a symbol – Víctor Fernández observes -. The trolley passes in front of the Kavanagh in Plaza San Martín and it’s like the colorful brand of La Boca in that gray predominance of the rationalist architecture of the center. It always seemed very strong to me that this route brought the colors of La Boca to the cultural center of the City. “

The trolleybus system had an ephemeral life in Capital: in 1966 they were replaced by colectivos. Two of the lines became the 152, which with its blue, white and red colors continues to unite La Boca with Olivos.

The residents of La Boca now decided take the Quinquela post. It would be impossible to recover the trolleybuses, but instead a passenger railway line could reach the neighborhood, because the tracks are and are those used by the Ferrosur Roca freight train.

The Caminito stop or station. They built it in the early 90’s, but it was never used. Photo Rafael Mario Quinteros

“With the neighborhood commission, we put together a project so that the road that goes from Retiro and reaches Quilmes and Ensenada, is used by a train that transports passengers. It is in good condition and is now used by two daily loading services, “says Silvana Canziani, from the Irala Street Neighborhood Association.

The train would link Retiro, Puerto Madero, La Boca and Avellaneda through 10 kilometers of route. It would be the Quinquela Line, in principle with 15 stations. It would pass by the Museum of Immigrants, the CCK, the headquarters of the UCA located on Alicia Moreau de Justo, the Faculty of Engineering of the UBA, the Benito Quinquela Martín Museum, Caminito and Barraca Peña, among others. places of historical, cultural and educational interest.

At 310 Pedro de Mendoza avenue, in the Barraca Peña area, a part of an old station became a promenade. Photo Rafael Mario Quinteros

“We want it to be called the Quinquela Line, because it came from seeing the trolleybus painted by him and it’s a way to spread your values. It is not an ambitious project in the economic sense, because it takes advantage of a path that already exists. And you can make stops with recycled materials from the same railway. In those stations Quinquela’s works and colors would be reproduced“, Canziani proposes.

The rolling stock suggested by the initiative are self-propelled motor cars, in pairs or triples, due to their low consumption and ease of operation.

The La Boca railway bridge is a drawbridge, so that boats can pass. Photo Rafael Mario Quinteros

In December, residents presented the project to ACUMAR, the Matanza-Riachuelo basin authority, and in January, to the Ministries of Transportation of the Nation and the Province of Buenos Aires. “We also sent it to the Buenos Aires government and the Municipality of Avellaneda,” Canziani says. And he explains that the idea is not to take a tourist tour, but rather that the train serve as public transportation and that the ticket is integrated into the SUBE system.

“This is a long-term dream,” says Víctor Fernández, who supports the project. “In the 90s a halt was built behind Caminito, with the idea of ​​recovering the train to carry passengers. This time the proposal goes further and cross the Riachuelo. It would be the return to the historical sources. It would be a dream that the colors of Quinquela are there, to show history in the present and the figure of a current artist, because many of his bets are taken up today. In addition, the train made possible the emergence and development of La Boca and its return can promote further development. And if you know anything about this neighborhood, it is concrete utopias“.

What would the seasons be

The neighborhood project proposes 15 stations, ten of which would be in the City and the other 5 in Avellaneda. Although he does not rule out that, in another stage, the Quinquela train line reaches Quilmes.

The stops or stations proposed for a first phase, and the nearby landmarks, are the following:

The neighbors propose to build stops or stations where Quinquela’s colors and paintings are reproduced. Photo Rafael Mario Quinteros

In Barraca Peña there would be a new stop for the passenger train. Photo Rafael Mario Quinteros

The train tracks cross the Riachuelo towards Avellaneda at the height of Barraca Peña. Photo Rafael Mario Quinteros

Student insecurity. Mehdi Hmoudane: “Bringing the values ​​of Secours populaire to Sciences-Po is a great challenge”