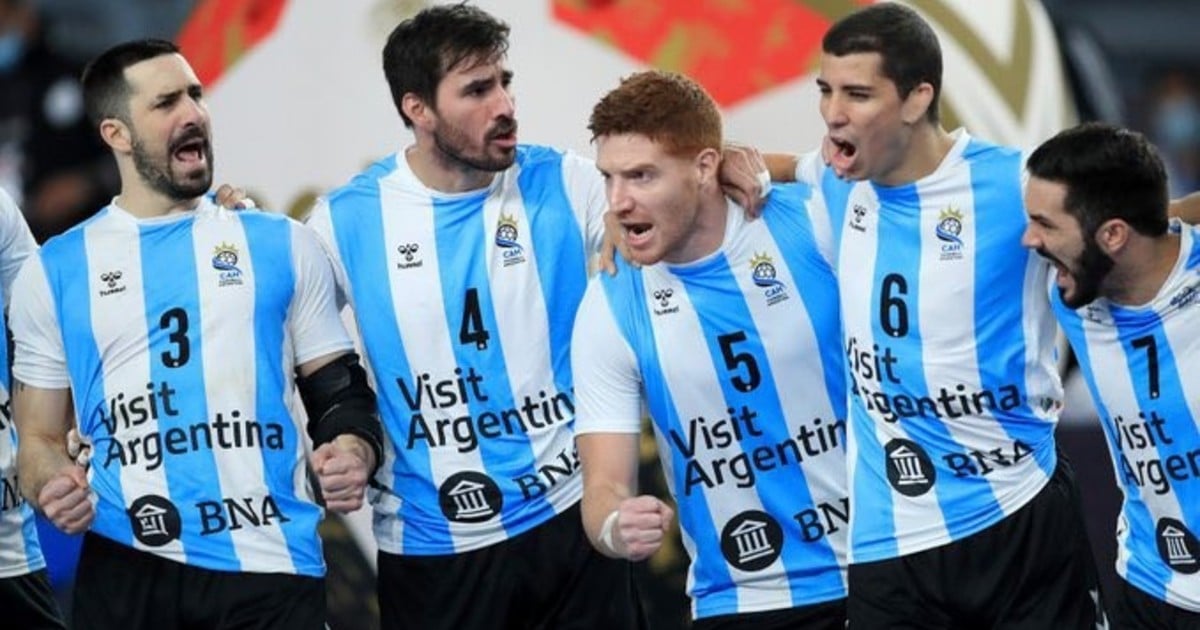 To the Gladiators It hurt them, and a lot, the defeat by 26 to 25 against Qatar in the closing of the second phase of the Egypt World Cup. A draw was enough to fulfill the dream of qualifying for the first time in the quarterfinals and by one goal they were left empty-handed. The Argentines wept for disappointment in the Cairo stadium after the fall. But once the sadness passed, the feeling of pride and satisfaction for all that was achieved appeared. Because the Argentine men’s handball team signed his best historical performance in a World Cup in Africa and took a step forward, just six months from Tokyo 2020, this year’s big goal.

“There is a lot of anger because we had everything in our hands and it escapes us in the end. But we have to be proud of what we did. We know that we are here to achieve great things”, reflected Diego Simonet, a figure in the team led by the Spanish. Manuel Cadenas.

The words the Argentine “Ace of spades” make a lot of sense. The 11th place that Argentina will occupy when the table with the final positions of the tournament is drawn up will become the best result achieved by the selected one in an ecumenical event. It will surpass the 12th places that had been achieved in Sweden 2011 and Qatar 2015, in which, under another game format, it had been lost in the round of 16.

“There is a lot of anger but we are proud of what we did,” said Diego Simonet after Argentina’s fall to Qatar. Photo: IHF

In Egypt, the blue and white national team did what they had to do in the first phase, with solid victories against Congo and Bahrain (in addition to the logical defeat to Denmark, current Olympic and world champion) to ensure the pass to the second stage as the second in his group.

In the main phase he beat first Japan and then to Croatia, to add his fourth victory in the tournament. Thus, he achieved a historic milestone: he had never won four games in the same World Cup before.

The victory against the Croatians, European runners-up, was also the first against a team from the Old Continent in the second phase of a tournament in this category. And as it was essential for the aspirations to get into the quarterfinals, it was the most important in the history of Argentine handball. At least that’s how it was celebrated in the locker room.

Against Croatia, the team had a peak performance and achieved a historic triumph. Photo: MOHAMED ABD EL GHANY / AFP

But the positive balance of this World Cup goes far beyond the merely statistical. The best thing that Egypt 2021 left to the Argentines is the conviction that they are on the right track in their quest to earn a place in the world handball elite. The performance and dedication they showed in each match were proof of this, especially in the context in which the contest was prepared and played.

In the midst of the coronavirus pandemic, the Gladiators did not have the chance to prepare as they usually do for a date of this level. The five players on the squad that play in the Argentine handball -Sebastián Simonet, Federico Fernandez, Ignacio Pizarro and the archers Juan Bar and Agustin Forlino– They had not played an official match for a year when the World Cup started. And they had been training for much of the past year at home or alone at CENARD.

Those who play in foreign leagues, especially European leagues, were lucky to have action in 2020. But still the group was only able to reunite and start working in full on December 27, less than a month before their debut in Egypt. The friendlies that were played in the previous one in Qatar and Russia helped to get into the rhythm of the competition. But as Diego Simonet acknowledged in a talk with Clarín before the tournament began: “I wish we had had more time.”

Long faces of the Argentines and celebration of the Qataris at the close of the second phase of the World Cup. Photo EFE / EPA / Mohamed Abd El Ghany

None of that was reflected in the game. The team showed a great level – at times, the best it showed in recent years – and was never outmatched on the court by any of its rivals, except Denmark, who beat it by a resounding 31 to 20.

The peak of performance occurred against Croatia, which in some passages of the match they dominated at will and won by 23 to 19. It was a warning for all the powers: the blue and white selected is no longer an easy opponent to defeat and has something to fight anyone with.

Against Qatar, an adversary that had always complicated it in the past, he played another great game and had a seven-goal lead (11-4) in the first half, but could not hold on. Likewise, even with the scoreboard against and in his worst part of the game, he never lowered his arms, as was demonstrated in that last shot, from almost half the court and on the second final, by Federico Pizarro, in an attempt to get the goal that would have changed history.

“We went out to play our end of the world. We played it as it deserved, but they were better in the most precise moments “, lamented Sebastián Simonet after that defeat against the Qataris.” To get here and lose it for so few details gives a lot of anger. But we are there. You learn from this, “continued one of the team’s leaders, who played his last World Cup.

That’s what the Gladiators must do. Quickly shake off the anger, sadness and disappointment and capitalize on all the good that Egypt 2021 left behind. On that date, they took a step forward. It was not as big as they dreamed of, but it served to confirm that the team continues to grow and is on the right track. We will have to get the positive out and keep working. Above all, because Tokyo 2020 is getting closer and closer.

The fire at the plant in Odintsovo was localized