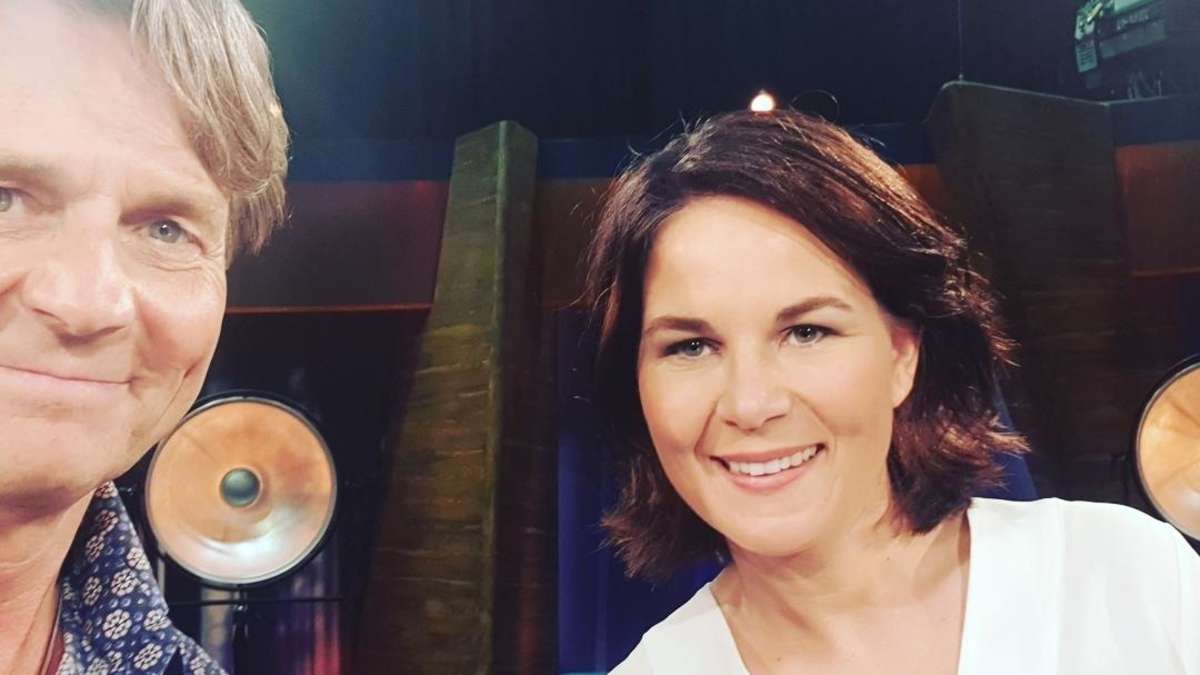 In addition to GZSZ star Wolfgang Bahro, Green Chancellor candidate Annalena Baerbock was recently a guest on the NDR Talk Show. The fact that the two got on well didn’t suit everyone.

Hamburg – The NDR talk show has been flickering on German screens since 1979. The program, which is broadcast three times a month on Fridays from 10 p.m. to midnight, always enjoys a round of illustrious guests from all subject areas. In the latest broadcast from June 25th, Green Chancellor candidate Annalena Baerbock (40) was a guest. She presented her new book with the title “Now: How We Renew Our Country”, in which she explains what plans she is aiming for in Germany if she is appointed Chancellor after the Bundestag election in September.

The GZSZ star Wolfgang Bahro (60) was also a guest in the NDR Talk to the moderators Barbara Schöneberger and Hubertus Meyer-Burckhardt. The 60-year-old has been playing the role of Jo Gerner in the daily soap “Gute Zeiten, Bad Zeiten” (GZSZ) for 28 years, which is broadcast from Monday to Friday in the RTL evening program and spoke, among other things, about what it feels like to be to merge as an actor with a fictional person.

After the NDR Talk Show: Baerbock drinks gin with GZSZ star Bahro – that doesn’t suit everyone

After the end of the show, however, it was not over for the guests. The evening was ended together and they talked. Bahro later published a post on Instagram showing him in one picture with former Icelandic soccer player Rurik Gislason and in the second picture with Annalena Baerbock. Bahro wrote: “Yesterday after the @NDR talk show we all ended the beautiful evening with interesting conversations and a glass of wine. Although @rurikgislason’s gin was delicious too. Ms. @abaerbock also thought so, with whom I also had a very nice chat. “

Although Bahro only wrote about a “nice conversation” and didn’t make any political statements, some of his fans took the mail quite badly. So it said under the post, among other things, “Please not Mr. Bahro. Our country is already in a disaster. With the Greens, it will be an irrevocable catastrophe! ”Or“ That doesn’t work at all…. Green? No way…”. Many other similar comments, which mainly attack the Greens, but also partly attack Baerbock personally, can be found under the post. A type of discrediting that is predominantly used in politics against women. The disappointed fans, however, have more than 3000 likes for the post. The photo with footballer Gislason clearly becomes a minor matter.

And not all commentators were so confused. “You two are just such great people”, was a positive statement under the photo and another fan becomes very clear: “Sometimes you can only be ashamed of the comments here!”. Bahro himself did not comment on his post with Baerbock. That he pays no attention to the haters on his side should be statement enough. (kah)