After more than eight months, Italy eliminates the use of mandatory chinstrap outdoors 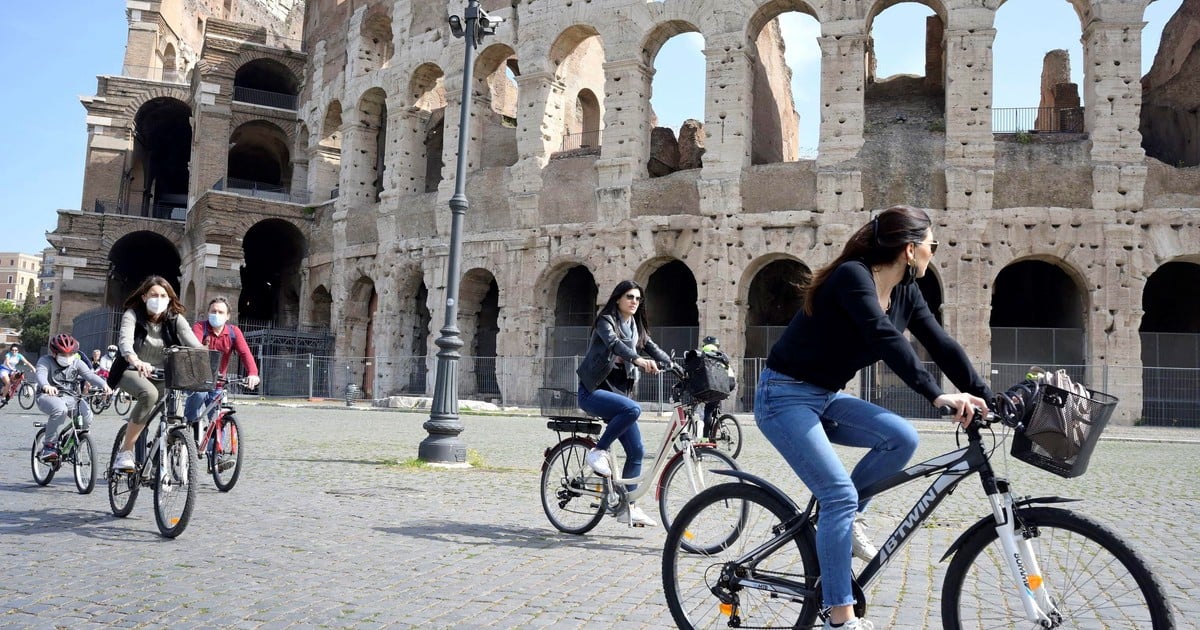 Italy eliminates from this Monday the mandatory use of chinstrap in the open air after more than eight months, while it hopes to achieve herd immunity by the end of September, although with requests for “caution” in the face of the advance of the so-called Delta variant of the coronavirus.

With the whole country listed as “white zone” or low risk, the use of masks outdoors is no longer mandatory in the 20 Italian regions, unless there are crowds or situations in which it is not possible to maintain social distancing, according to the latest government provision.

The use of mandatory chinstrap had been decreed to early October 2020, amid the second wave of coronavirus that hit the country.

The new measure is one of the last flexibilities of the gradual plan established by the Government of Italy at the end of March, by which bars and restaurants are already working and that, facing the imminent tourist season, it is even preparing to allow the opening of discos.

A person poses in front of the Trevi Fountain, in Rome, without his chinstrap. Photo: Reuter

“That Italians are responsible, caution is needed”, urged the person in charge of the vaccination campaign, Francesco Figliuolo, in statements reproduced by the newspaper La Repubblica.

According to the latest update of the site dedicated to the vaccination campaign, Italy has already immunized against the coronavirus 17,787,354 people32.94% of the population over 12 years of age.

Figliuolo added that, according to government calculations, “herd immunity, which is equivalent to 80% of the 54 million adults, will be reached at the end of September“.

Beyond the elimination of the use of chinstraps outdoors, protective devices will continue to be used indoors and in businesses.

Until now, 127,002 people died in Italy due to the coronavirus, including 14 victims reported on Sunday, according to data from the Health Ministry.

In the footsteps of Spain

Spaniards can do without the mask on the street from Saturday, although many people were cautious with the new rule and preferred to continue using it to avoid possible infections.

Several politicians had already invited the public to act with caution, such as the Minister of Industry, Reyes Maroto, who in an institutional act recalled that “the pandemic is not over.”

Spain’s decision to remove masks comes with a cumulative incidence of 95 cases per 100,000 inhabitants and more than half of the population (51.3%) with at least one dose of the vaccine.

However, the expected removal of the chinstraps in Spanish territory has many nuances: you will have to keep carrying it in your pocket to enter any closed premises and public transport and in agglomerations where the social distance of one and a half meters cannot be respected.

Mandatory since May 2020 on the streets, under penalty of a fine, the use of the chinstrap had become established in Spain very shortly after the first wave of the pandemic, which hit the country hard. Currently, Spain has more than 80,000 deaths and 3.7 million infections, but the number of cases decreased in recent weeks as the vaccination campaign progressed.