After months of delay, the Senate approved the documents as ambassadors of Marcela Losardo and Guillermo Nielsen 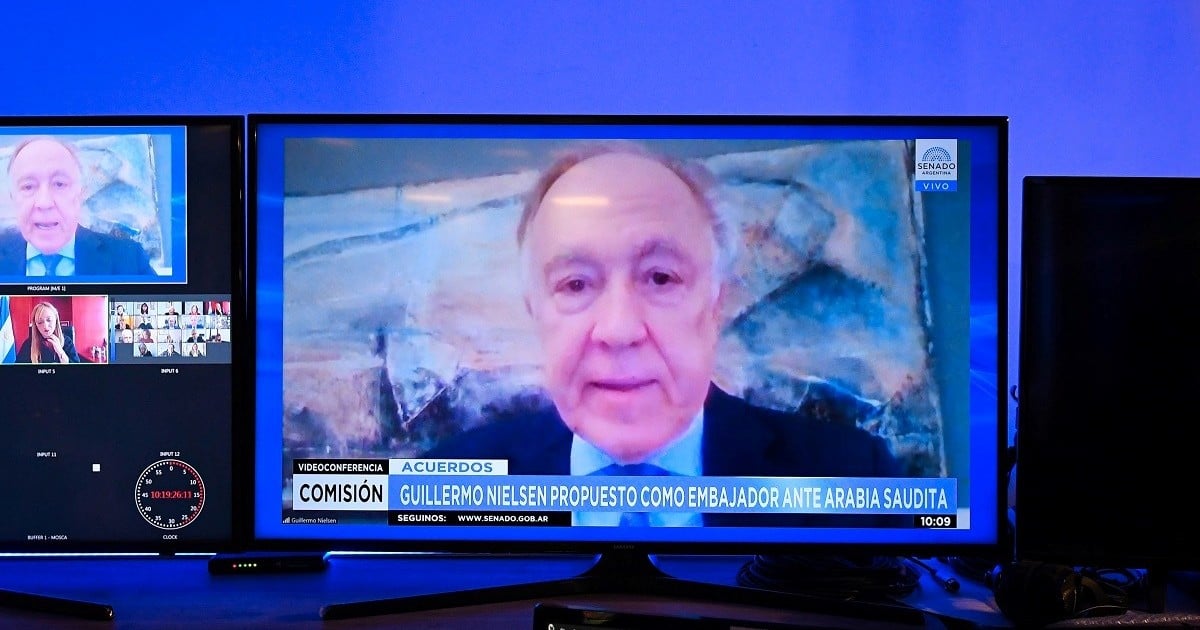 The Senate Agreement Committee approved this Monday the specifications of the ambassadors to Saudi Arabia, Guillermo Nielsen, and to Unesco, Marcela Losardo.

After the hearing where the ruling party and the opposition supported the Government’s appointments, it is expected that the appointments are approved by the full Senate during an ordinary session.

Losardo’s statement was for treatment in the Upper House since March 20 and took parliamentary status, just a month later. Nielsen’s was there since February.

Losardo left his post in the Ministry of Justice after Cristina Kirchner criticized “officials who do not work.” Nielsen left the YPF presidency in an internship with La Cámpora.

The delay in the treatment of both documents generated suspicions because the person who had to approve them was the president of the Agreement Commission, the ultra cristinista Anabel Fernandez Sagasti.

Anabel Fernández Sagasti, chairs the Agreement Committee that approved the specifications of the Losardo and Nielsen political ambassadors.

In the video conference, Nielsen and Losardo presented the main guidelines to the senators that were entrusted to them from the Executive Power for the positions that they will assume in case of receiving the endorsement of the Senate.

Nielsen, former Secretary of Finance between 2002 and 2005 and former head of YPF, reviewed aspects of its trajectory such as the restructuring of the public debt and stressed that one of the proposed objectives will be to reposition Argentina among the global producers of food for exports.

“Saudi Arabia is an extremely interesting place especially at the moment. There is a change in the monarchy, they are very deep changes in the country with a development scheme that are unparalleled at this time in the world, “he added.

Nielsen’s bid for Saudi Arabia’s ambassador was approved by the Senate Agreement Committee.

He also listed social changes such as those linked to gender equality, noting that “women can drive alone without having their face covered for two years and a month ago they can rent an apartment by themselves.”

“There are two challenges ahead in that country. It is a society that has grown, it has a population with high purchasing power and Argentine products are not exactly abundant. Yes, in forages, alfalfa, and beef or sheep where Argentina has lost its global position, “he explained.

Nielsen stressed that “the most important thing is not only to deepen and expand these markets where there are new perspectives such as the sale of wines”, but “the financial positioning of Saudi Arabia“.

The former Minister of Justice will occupy the post at UNESCO, after the death of Fernando “Pino” Solanas.

“Most mutual funds come from insurance companies and they all have a Saudi investment component,” he said. And he stressed that “there is an important window that I intend to explore disintermediating Wall Street investment funds.”

Faced with a question from the head of senators of the Frente de Todos, José Mayans, about an agreement for a nuclear plant in that country, Nielsen explained that “there is an agreement with INVAP (an Argentine company dedicated to highly complex plants such as nuclear energy), for the provision of a nuclear reactor for peaceful purposes. “

“Argentina has as a requirement to be able to continue to finish a civil work that I understand is not finished,” he clarified.

If Marcela Losardo’s specifications are approved, she will occupy the position of ambassador to UNESCO, which was left vacant after the death of Fernando “Pino” Solanas. Photo Federico Lopez Claro.

In turn, the former Minister of JusticeLosardo -who will replace the late Fernando “Pino” Solanas before Unesco- expressed his commitment to the position for which it was proposed and stated that the organization “is an international space in education, science and culture and values of the fundamental rights of the peoples “.

“Education, science and culture today face a new agenda in the pandemic-stricken world. It is different from other times, with extreme challenges unprecedented since its founding 75 years ago, with a global emergency situation, “he added.

Losardo considered that this type of organization “will play an important role in cooperation between countries” post-pandemic and promised to collaborate in “the search for answers to this humanitarian crisis that has unfolded.

For the former minister, the pandemic “revealed inequalities that force us to rethink education and science.”

From the opposition, the senators of Together for Change Humberto Schiavoni and Julio Cobos expressed their support for Nielsen and Losardo for their careers.