After his father’s denial, Ukrainian launches website to convince Russian relatives of the war 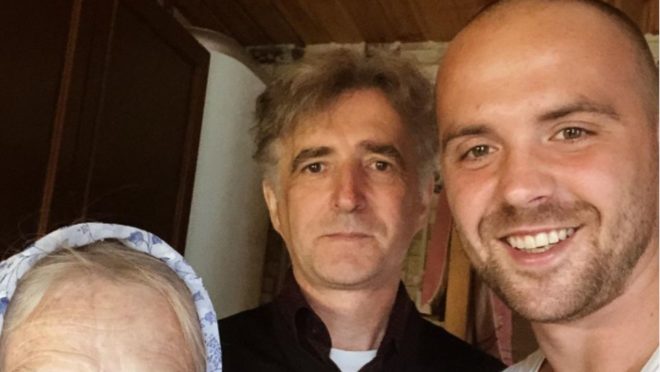 0
SHARES
30
VIEWS
Share on FacebookShare on Twitter
Ukrainian Misha Katsurian and his father, Andrei Katsurian, who lives in Russia and did not believe in the war in Ukraine.| Photo: Reproduction Instagram

Ukrainian Misha Katsurin, 33, has created a platform for Ukrainians who have relatives in Russia to convince them that the attack by Russian President Vladimir Putin’s troops is real. The proposal is that the site papa, pover (“Father believe” in both Ukrainian and Russian) publish accounts of the destruction in Ukraine to convince relatives in Russia, but without hatred. “We have to listen to each other,” asks Katsurin, who until the beginning of the war owned a restaurant in the Ukrainian capital Kiev.

SEE ALL NEWS FROM THE WAR IN UKRAINE

With the press under heavy censorship by the Putin government since the beginning of the war two weeks ago and the deactivation of social media such as Facebook and Instagram, a large part of the population of Russia does not believe in the military invasion of the neighboring country nor that millions of people have been forced by Russian troops to leave Ukraine.

The website papavover.com it grew out of Katsurin’s own family experience, whose father, Andrei Katsurin, did not believe in war. That’s right with the reports of the son, who had to hide his mother, wife and children in a bunker in the Kiev subway to protect them from Russian bombing.

Three days after Putin’s invasion, Katsurin was surprised that his father, a caretaker who lives in the Russian city of Nizhny Novgorod and is in constant contact with his son, did not call to see how the family was doing in Ukraine. The boy then decided to call his father, who vehemently denied believing that Putin was invading his son’s country.

“I told in detail what was happening. My father replied that this was nonsense, that there was no war and the Russians were saving us from the Nazis,” reported Katsurin, whose Instagram post after the call to her father is more than 233 years old. thousand likes this Sunday (12). Also according to the Kiev resident, the father said that Russian soldiers would be giving food and clothing to Ukrainian soldiers, not attacking the neighboring country.

“My own father doesn’t believe me, knowing I’m here and seeing it all with my own eyes,” the post continued. “The feeling was that I was talking to a deaf person”, reported Katsurin in an interview with Globo News this Sunday (12). In the dialogue, the father said that Ukrainians were always raised to hate Russians and that Putin’s action was about this “justice”.

“Call your parents in Russia”

After ending the first call with just five minutes of conversation in the face of her father’s denial, Katsurin sent him reports of Ukrainians, including family acquaintances, trying to protect themselves from the bombings and photos and videos of places destroyed by Russian attacks, including civilian areas, such as schools and hospitals. “I called my father again and tried to talk to him calmly and without anger. It seems the ice has broken,” Katsurin posted in another post.

After the second call, Andrei sent his son an email admitting that the war was horrible. “He understood that it was not just a special Russian operation, as Putin propagates, but a war,” Katsurin told Globo News.

The website papapover.com, explains Katsurin, will advise Ukrainians on what to say and what not to say to relatives in Russia, “so that there are no more fights, but rather to listen to each other.” “Call your fathers, mothers, aunts and uncles in Russia and share information”, concludes the Ukrainian businessman on Instagram.

The portable GameCube becomes reality: a modder actually created it