After a year closed due to the coronavirus, the United States debates how to get millions of children back to school 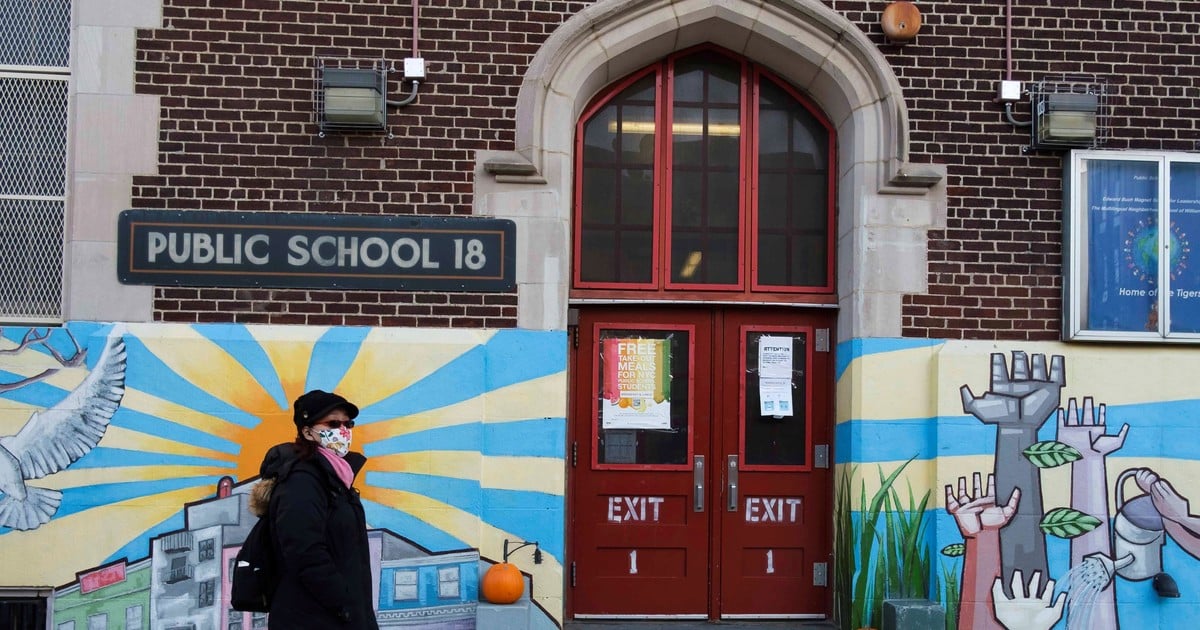 The news that Washington schools would start the 2020-2021 academic year in a way that 100% virtual surprised many families vacation. Heather and Matt, federal employees, parents of two boys ages 4 and 6, were in Missouri. “We didn’t have any plans but I knew we didn’t want to force our kids to be in front of the screen trying to learn something.”

At that time, the numbers of infections in the American capital were much lower than those of large European cities. The well-founded fear of a spike in cases during Thanksgiving and Christmas suggested, as it did, that the situation would not change quickly. Someone told them about a school in Lawrence (Kansas) that was going to reopen. They went to visit her and in three days the children were enrolled. Within two weeks, they had bought a house and rented their own in Washington. And there they continue. “We both telecommute and we are fortunate to have been able to make these decisions. The idea of ​​being full-time employees, parents and teachers seemed like a recipe for mental disaster. “

They were not wrong. Your neighbor in Washington, Alex admits that she felt “very isolated”When he defended that children should go to class. “Since the inauguration of Biden, people have started to speak in favor, but there was a lot of fear,” he says on the porch of his house as Dereck, 5, runs off with his helmets on.

“Come in, come in, they’re going to call you.” Although now the boy, the middle of his three children, goes to class in the morning, in the afternoon he must follow classes online. The oldest, 7-year-old Hayden, is in another house with more children and a tutor to whom each family pays $ 300 a week. “They are exhausted, it is a nightmare,” he confesses. “My feeling is that they closed the schools because politically it made the country look worse. They turned it into something political when it shouldn’t be, ”laments Alex, who works from home.

While cities and urban areas, Democrats, they resisted reopening schoolsIn the interior of the country, republican territory, like Kansas, the opposite occurred, all regardless of the epidemiological situation. The lessons of the progressive return to the classroom in Europe were ignored, and more than half of the students in the United States began the course virtually. New York, where there is a high percentage of poor children, was the exception and opted for a hybrid system of online and in-person classes.

Exactly one year after the closure, the reopening of schools remains a pending issue for the US Local authorities, teachers, unions and parents they continue to debate how to do it. Los Angeles, Chicago and Washington have agreed to reopen classrooms to students in a higher social and academic risk situation, but they have not yet proposed a 100% return to face-to-face classes, five days a week. 27% of public centers in the country still offer only online classes, and 29% offer a mix of face-to-face and virtual classes, according to the Burbio portal.

President Joe Biden this week reiterated his goal that at the end of their first 100 days in office “most schools” has reopened its doors and has included $ 130 billion in the new stimulus plan to support the process. It is an educational but also an economic imperative, to allow many women to return to work and to curb the growing gap between the male and female employment rate.

In February, the Center for Disease Control, the benchmark body for public health in the United States, updated its recommendations. They were supposed to help but many families and medical professionals think that it has only complicated things: his advice continues to be that children be at 1.8 meters, a rule that has led some centers to apply a cap of eleven children per classroom.

“If you see the size of the classes, it is not a realistic expectation, but in many places they have taken it literally, when the World Health Organization and other organizations say that 90 centimeters is enough, something more feasible ”, explains doctor Joanna Cohen. A doctor at Children’s National Hospital in Washington and a mother of three, Cohen testified at City Hall this week to warn of the negative effects of this situation not only on the children’s academic performance but also on their physical and mental well-being.

“We don’t realize the radical change that the vaccine means, which is incredibly effective,” adds Cohen. The city of Washington, like many states, has prioritized teachers to wear it. “Now that they are vaccinated, what are the barriers? Why don’t we reopen? With distance, masks, bubble groups and vaccines, What else do you want?”. The response from Elizabeth Davis, the president of the Washington Teachers Union, is long and complex, like the battle for racial justice in one of the most segregated cities in the country.

The pandemic has exacerbated the differences between rich and poor, black and white. “When it happens we cannot go back to what was before, because that normality was not good for many of our students,” emphasizes this black educator. Biden’s rescue plan should allow for example to improve ventilation systems of buildings, but “mitigation measures recommended by the CDC should be maintained,” he defends.

“It cannot be that because we have a vaccine all of a sudden everything is 100% reopened, because that will lead to an increase in infections “, insists, concerned about the new variants and equality in the distribution of the vaccine, which they demand for all employees, not just teachers. “Parents and educators must trust the plan,” he insists before recalling that only a third of the places offered at the mini-reopening were accepted by families. Currently, only 10% of the city’s children have some kind of class in person.

Hundreds of people demonstrated yesterday at the office of the mayor of Washington, Muriel Bowser, in downtown Washington to call for the full reopening of classrooms this fall. Although 70% of the district’s students are black and Latino, almost all of them were white faces. “I don’t understand why there aren’t more people of color, this affects us all,” Niki, an African American, commented in surprise. His 12-year-old son nods. He started at his new institute from his bedroom and is fed up. “I do not like. Not me, not my brother or anyone ”.