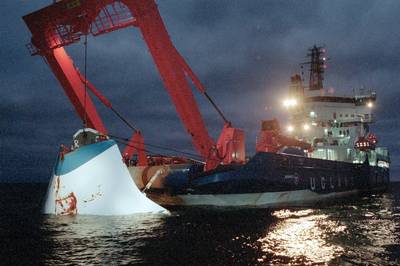 This summer, divers will explore the wreck of the Estonia ferry that sank in the Baltic Sea in 1994. This was announced by the Swedish accident commission on Friday. The ship was en route from Estonia to Sweden but sank off the south coast of Finland. The cause would have been a bow door that had been blown away in heavy weather, but images of an underwater robot indicate something else, according to documentary makers from the Discovery Channel.