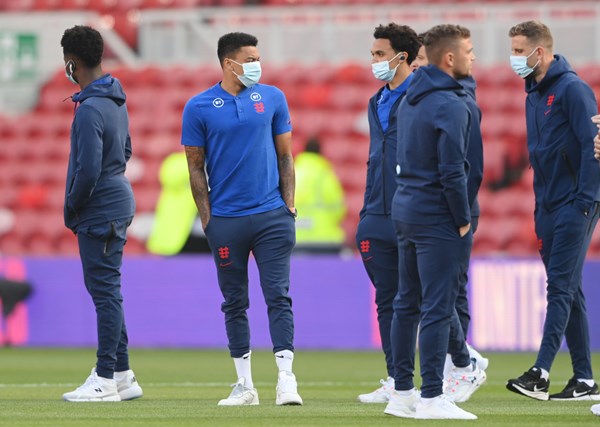 Jordan Henderson trained for the England national football team, before facing the Romanian national team tomorrow, Sunday, in its last friendly match before participating in the European Nations Championship “Euro 2020”.

The British news agency “BA Media” reported that the England team started its friendly matches in preparation for the Euro by defeating Austria with a clean goal last Wednesday.

This friendly match was scheduled to be the first for Henderson, a Liverpool player, for his team or for his country, since he underwent thigh surgery last February, specifically about 100 days ago, but he missed it due to his feeling of discomfort on the morning of the match.

But Henderson, 30, trained with the team today, Saturday, before facing the Romanian national team, and Southgate, the coach, is awaiting the player’s position with the injured trio, to resolve the matter before the start of the Euro 2020 tournament.

Harry Kane and Bukayo Saka, the man of the last match, did not train with the group of players, and the FA stated that the duo were implementing a special rehabilitation program regarding loads.

Harry Maguire was doing the same today, and the Manchester United captain joined the England national team on Thursday and is currently recovering from an ankle ligament injury he suffered during his team’s match with Aston Villa a month ago.