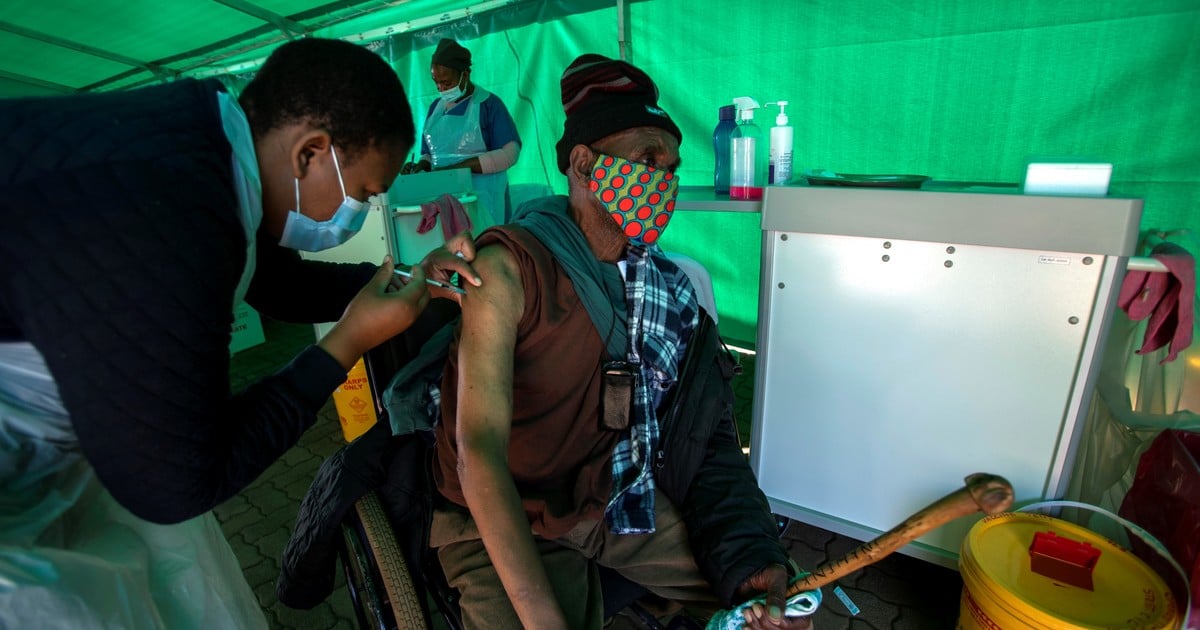 Africa last week recorded its worst figures since the start of the coronavirus pandemic, after a sustained increase in cases over seven weeks consecutive since the beginning of a third wave dominated by the Delta variant, the World Health Organization (WHO) reported on Thursday.

“Africa has just marked the most terrible pandemic week so far. But the worst is yet to come, as the rapid third wave continues to gain ground and speed,” the WHO regional director for Africa warned at a telematic press conference. Matshidiso Moeti.

The continent faces a worrying third wave which has already started in at least 23 of the 55 member states of the African Union (AU) – such as Kenya, Mozambique, Namibia or Uganda – and in 13 of them the data reveal that it is “more severe” than the previous one.

“We clearly see how the variant (Delta, very contagious and emerged in India) is guiding the third wave on the continent and we know that it is transmitted in excess compared to the others,” said in turn the director of the Centers for Control and AU Africa Disease Prevention (Africa CDC), John Nkengasong.

From South Africa, Professor Tulio de Oliveira, director of the Kwazulu-Natal Research Innovation and Sequencing Platform (KRISP), which coordinates the genetic analysis of the virus in his country, warned that the Delta variant, present in 15 African countries, “is beginning to dominate all infections in Africa.”

The Delta variant of the coronavirus threatens several countries in Africa. Photo: BLOOMBERG

“As the prevalence of the delta variant increases, we have a very, very rapid growth of cases (…) and an increase in mortality,” the scientist stressed.

The third wave is exacerbated by vaccine shortages on the continent, where 70.4 million doses have reached so far and 53.3 million have been administered.

This means that only 1.19% of a continental population of about 1,300 million inhabitants received the full vaccination schedule, according to the latest data published by the Africa CDC.

“If we leave countries behind in vaccination, the only thing we do is give the virus more opportunities to evolve and for variants to emerge,” De Oliveira warned.

A line at a vaccination center in Johannesburg, South Africa, this Thursday. Photo: BLOOMBERG

More than 500 million doses of Covax

COVAX, the program promoted by the WHO to guarantee global and equitable access to drugs, which is the main source of vaccines for Africa, aims to supply 520 million doses of anticovid drugs this year to Africa, as revealed this Thursday by its managing director , Aurelia Nguyen.

The distribution of vaccines in the continent through COVAX was seen paralyzed at the end of March, when the Serum Institute of India – the main supplier of the drug from AstraZeneca for the WHO program – stopped its export of vaccines after the start of a new and deadly wave of the pandemic in the Asian giant.

Starting the same week, however, the mechanism will resume vaccine shipments to several African countries while waiting for the Indian producer to resume exporting “at the end of this year”, although it also seeks to diversify its sources of supply, according to Nguyen.

Africa collided with another obstacle last week, when the European Union’s digital covid certificate came into force, which includes the vaccines approved by the European Medicines Agency (EMA): Pfizer-BioNTech, Moderna, Jannsen and Astrazeneca, but not Covishield, the Indian version of the latter and the most used in the continent.

The African Union signed an agreement last March with Janssen, a subsidiary of the pharmaceutical company Johnson & Johnson, to reserve 220 million single-dose vaccines (with the option of adding 180 million more in 2022), whose first shipments should begin this week, it said this Thursday Nkengasong.

The AU’s goal is to vaccinate at least 60% of the continent’s population (some 750 million people or the entire adult population) by the end of 2022.