Afghans blocked on the border between Poland and Belarus for two weeks: Strasbourg raises the alarm 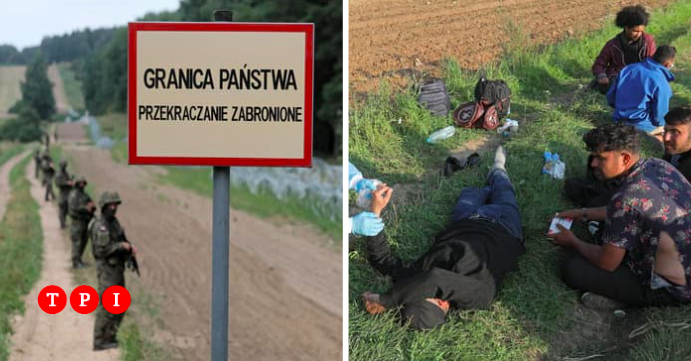 “Poland must act immediately to protect the human rights of people stranded on the border with Belarus who find themselves in an alarming humanitarian situation”. He states it Dunja Mijatovic, Commissioner for Human Rights of the Council of Europe, referring to the extremely difficult conditions of migrants, mostly from Iraq and Afghanistan, who have been stuck on the border between Poland and Belarus for over two weeks: the border guards of the two countries do not let them pass neither on one side nor on the other.

Dozens of migrants have set up makeshift camps inside Belarus, near the Polish village of Usnarz Gorny, among the ranks of military personnel from both countries.

And it seems that a tug-of-war is taking place on the skin of these people between Belarus and Poland. The EU argues that the Belarusian president, Alexander Lukashenko, is waging a kind of “hybrid war”, using migrants to exert pressure on the blockade. Poland, for its part, has stated that it will not allow people to enter the border. The prime minister, Mateusz Morawiecki, said that this would mean giving in to Lukashenko’s “blackmail”, while the Minister of Defense, Mariusz Blaszczak, warned that a new 2.5 meter high fence will be built along the border with Belarus.

Mijatovic condemns the actions of Belarus – which encourages migrants, not only Afghans, to cross the border, thus creating a difficult situation for neighboring states to manage. However, he reiterates that the member countries of the Council of Europe have obligations to respect. So, after writing to the Lithuanian government to respect the rights of those seeking refuge, today he is urging Warsaw. “Poland cannot allow innocent and vulnerable people to be victims of Belarus’ conduct,” says Mijatovic. “The response of a member state of the Council of Europe cannot be to reject these people, to deny them access to the procedures to apply for asylum, or to keep them locked up in a humanitarian emergency situation”, concludes Mijatovic.

The Helsinki Human Rights Committee said on Tuesday 24 August that it had asked the European Court of Human Rights to take temporary measures to ensure that Poland provides security to migrants and offers them food, water and shelter in a dedicated center. for refugees. Poland’s Human Rights Ombudsman said the Polish Border Guard is violating the Geneva Convention by not accepting the requests of some migrants who would be entitled to international protection in the country.

This month, Poland witnessed a massive migratory influx as more than 2,000 people tried to enter its territory illegally. In response, Warsaw began building a barbed wire fence, deploying soldiers at the border and temporarily legalized push-backs. The government is also considering changing the legislation. Most of the migrants come from Iraq and Syria as well as Afghanistan and all are blocked on the Polish-Belarusian border, manned on both sides by the armed forces. Migrants, especially Afghan citizens, apply for international protection in Poland.

Contradictions of Cristina, with Macri in the Mediterranean