Afghanistan “You can’t just go to Kabul,” the Ministry of Defense says – UT’s special forces are likely to be sent to Afghanistan 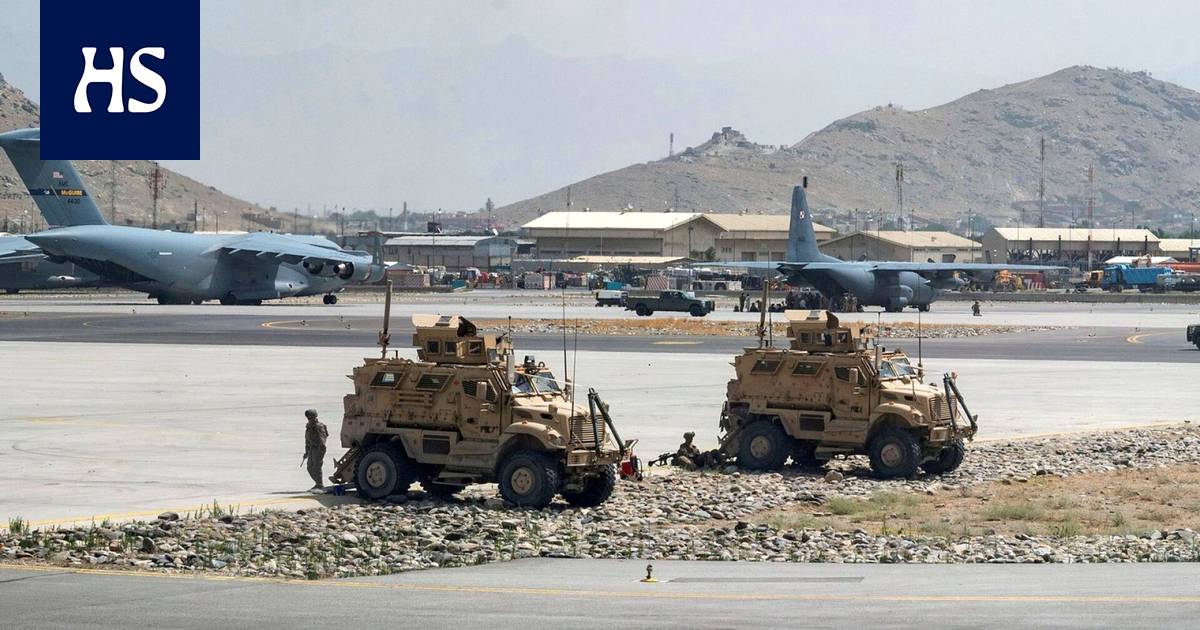 Kabul Airport is likely to be departed by a special operations unit made up of special detainees from the Ut Jaeger Regiment. The Finnish Defense Administration has not yet confirmed this.

Finland on Friday, the defense administration refused to say in detail which group Finland would send to Kabul airport as a protection force for Finns.

The General Staff was simply told that “we are not commenting on where the team is coming from, its size, timing, performance or transportation arrangements. None of these are commented on at this stage. ”

However, many other countries have said what troops are the special forces of soldiers or police in Kabul and even their exact numbers.

Deputy Head of Department Janne Kuusela The Ministry of Defense says that Finland is sending an “experienced, well-trained volunteer force consisting of the Defense Forces’ main personnel to Kabul Airport ”.

“For the sake of service safety, it has been agreed what will be communicated to the public,” says Kuusela.

In practice, however, these are a few dozen special soldiers employed by the Ut’s Jaeger Regiment Specialist Company.

This can already be deduced from the fact that the Defense Forces do not have other force personnel in immediate readiness. Soldiers may also be involved from the Naval Special Operations Division in the Coast Brigade, whose soldiers have the same basic training as Uti Specialists.

“We are not sending heavy equipment there for such a quick task, and there is certainly no need for it,” says Kuusela.

Kuuselan It is possible that a Finnish military will leave Finland on its own plane, ie, for example, the Air Force’s Casa transport plane. However, the plane would not necessarily fly to Kabul airport but somewhere near Afghanistan, from where the journey would continue with some other transportation.

“Flying to Kabul is pretty carefully organized and coordinated. You can’t just jump in there, ”says Kuusela.

Different countries have different practices for transporting people out of Kabul. Spain, for example, has set up an evacuation base in Uzbekistan.

“I just heard that Denmark has its own national air bridge to Islamabad. Many other countries have other destinations. Probably the priority is to get the people out of Kabul as efficiently as possible to another destination from where they can be transported. ”

United States has sent Kabul Airport to protect soldiers from the 82nd Landing Division, a famous special force tailored and well equipped for such missions.

“Americans control the field’s operations and air traffic. They have a well-functioning day-to-day coordination there, ”says Kuusela.

In addition to the Americans, there are military and police special forces in the field from, for example, France, Britain, Germany and Spain.

Finnish soldiers are to be used only in the airport area and in its immediate vicinity. According to Kuusela, immediate proximity means the immediate outside area of ​​an airport gate between the gate and a Taliban checkpoint.

In practice, Finnish soldiers protect Finnish officials working at the gate, who identify and direct people sent to Finland.

“There is a safer operating environment inside the field,” says Kuusela.

According to information circulating in public, for example, the French have transported people in a column protected by special police from the embassy to Kabul airport. According to Kuusela, he has not heard of such and such is not part of the Finns’ plans.

One of the utmost tasks of the Utin Jaeger Regiment is to carry out special operations related to the international activities of the Defense Forces abroad as well.

Specialists, or bayonets, are backed by a year-long special force course, and they are then undergoing continuous and demanding additional training.

Special forces operations involve the customization of a special so-called special operations unit, the size and equipment of which vary according to the task at hand.

Finnish special forces have been a familiar sight in operations in Afghanistan. They were also involved in training Kurdish fighters in the war against the terrorist organization Isis.

A typical specialist is a man in his under thirties who has served in the Defense Forces for seven years. In Cooper’s test, he runs nearly 3,200 yards and in bench press, the iron rises to about 110 pounds.

“At our house One of the scenarios is for the Defense Forces to prepare to support the evacuation of civilians from the crisis area, ”says Kuusela.

Until six years ago, he was then commander of the Utin Jaeger Regiment Petri Mattila told HSthat the tasks of the UT Special Forces do not include rescue missions abroad, such as those of the Swedish Special Forces. He considered the situation in Finland at that time unclear.

The use of special forces in rescue operations abroad was only made possible after an amendment to the law four years ago.

2022, “fierce” fight on the edge of tenths | FormulaPassion.it