Afghanistan The Taliban are rushing to a “coalition government” uniting Afghans, but time is running out – money is running out, infrastructure is stalling 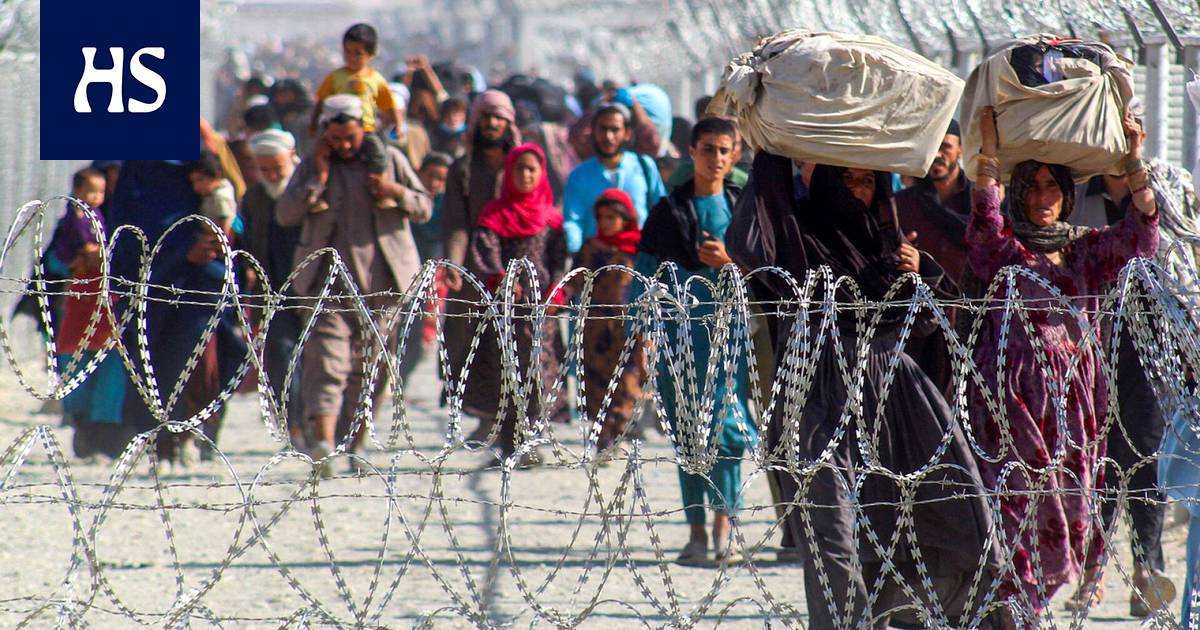 The Taliban is in the hands of all the cards as it is currently organizing a new administration in Afghanistan. The astonishingly quick victory achieved in mid-August is sweet for the extremist Islamic movement, but the taste can sour very quickly.

For the past 20 years, the Taliban has been an armed organization focused primarily on guerrilla warfare in remote Afghanistan. It should now begin to rule a country of 38 million people, one of the poorest in the world and which has survived, mainly with international aid.

At the same time, Afghan assets stored in foreign banks have been frozen and aid is being shut down by foreign powers. On top of all that, a large part of the population is afraid of a new host like the plague and many are trying to get out of the country.

After a quick win, there may be an even faster economic collapse ahead.

“In the short term, it’s potentially catastrophic,” said a researcher at the Center for Global Development, a think tank. Justin Sandefur over the weekend to The New York Times.

Likely The Taliban leadership understands that it is in a situation where it is impossible for it to cope alone.

This can be deduced from the Taliban’s efforts in recent days to establish contacts with representatives of the old regime. It has also consulted with foreign powers such as Russia.

According to his own speeches, the Taliban is not trying to establish its own dictatorship. It has repeatedly said it wants a coalition government in Afghanistan that includes “everyone”.

For example, the leader of the Taliban Cultural Affairs Council Ahmadullah Waseq said over the weekend that the Taliban are preparing for formal government talks. Waseq said To The New York Times that the organization is “in talks with other parties to get a universally accepted, comprehensive government in Afghanistan”.

Already last week, the Taliban declared Afghanistan an Islamic emirate. Since then, the Taliban have made it clear that news of the composition or structure of the new regime will not be told until the United States has left the country.

In Kabul however, there is already a full commotion on the ground to create a new administration. A familiar-looking man, the former president of Afghanistan, would appear to have risen to prominence outside the Taliban. Hamid Karzai.

The Taliban has appointed Mullah as the leader of Kabul Abdul Rahman Mansourin, which, according to news agencies, held talks over the weekend with Karzai and the Afghan National Reconciliation Council Abdullah Abdullahin with.

Hamid Karzai (left) and Abdullah Abdullah are said to have met with each other and Taliban representatives to create a new regime in Afghanistan. Picture from Abdullah’s Facebook page. Picture: Reuters

Karzai led Afghanistan from 2001 to 2014, but in the West his reputation has suffered due to corruption allegations. Now, however, Karzai seems to have been given some sort of negotiator position.

Unlike Karzai, Afghanistan’s most recent president Ashraf Ghani fled the country a week ago on Sunday, the same day the Taliban marched to the Afghan capital, Kabul.

In Kabul has seen other Taliban top leaders negotiate a future form of government in recent days. Among them is, among others, mullah Abdul Ghani Baradar, who served on the Taliban government in the 1990s.

Baradar, who arrived in Afghanistan from Qatar on Tuesday a week ago, has already met with warlords, former regime leaders and religious leaders in Afghanistan, said A Taliban spokesman for the news channel Al Jazeera over the weekend.

Baradar was a key figure in negotiating an agreement with the U.S. administration last year, and is also known to have been in contact with former President Karzai.

Karzai is said to have met a member of the Taliban leadership during government talks Khalil Haqqanin, which the United States has classified as a terrorist.

Admittedly, there is ambiguity about Karzai’s role as a “government negotiator”. For example Muslem Hyatt, Former Afghan Military Ombudsman in London, said To The New York Times that Karzai and Abdullah have to work with the Taliban in a tense atmosphere and may not be able to work freely.

Owner of the independent Tolo TV channel You get Mohsen noted, in turn, that meetings with former Taliban and Afghan leaders are largely a show.

What kind regime the Taliban then plans for Afghanistan?

Since the conquest of Kabul, the movement has sought to create a more moderate image of itself. The Taliban have pledged amnesty to their opponents, urged women to take part in governing the country and assured the international community that they are a changed organization.

Many are skeptical about this, as during the 1996-2001 regime, the Taliban banned girls from school, restricted women’s public life in particular, and imposed brutal penalties for violating Islamic Sharia law. Indeed, the Taliban rule made Afghanistan a poor rejection state.

Speaking to the news agency Reuters, Taliban representatives said a new governance model would be created in Afghanistan in the coming weeks. The regime will not be a democracy in the same sense as it is known in the West, but “everyone’s rights will be protected,” said the Taliban’s anonymous representatives.

According to the Taliban, a separate group will be appointed to address internal security issues as well as financial issues.

“Experts from the former government will be involved in crisis management,” a Taliban spokesman told Reuters.

New not the least of the huge challenges facing the government is the lack of widespread acceptance by the Taliban in the eyes of Afghans and the international community.

Basic services, such as electricity generation, are at stake as many workers who maintain infrastructure have feared returning to work because of the Taliban. There may be a brain drain after which there are no longer enough professionals to maintain the basic functions of the state, a senior researcher warned Omar Samad an incubator from the Atlantic Council in The New York Times.

According to aid agencies, two-thirds of Afghans suffer from malnutrition, and there are fears that the humanitarian crisis will worsen rapidly.

The International Monetary Fund, for its part, has prevented Afghanistan from accessing emergency funding because of a lack of clarity about the country’s government. At the same time, the value of the Afghan currency has plummeted, cash reserves are dwindling and food prices are rising.

Afghanistan the economy is virtually entirely dependent on foreign aid, which, according to the World Bank, accounts for almost half of the country’s economy.

UN Food Program WFP warned on Monday that food may run low in Afghanistan as early as September.

“The world’s gaze has been on people being evacuated and on departing planes, but we need to get supplies for those who are left behind,” said the WHO Director-General of the World Health Organization. Richard Brennan on Monday, according to the newspaper The Guardian.