Afghanistan: the pilots of the Kabul evacuation, between the fear of missiles and the rugged mountains 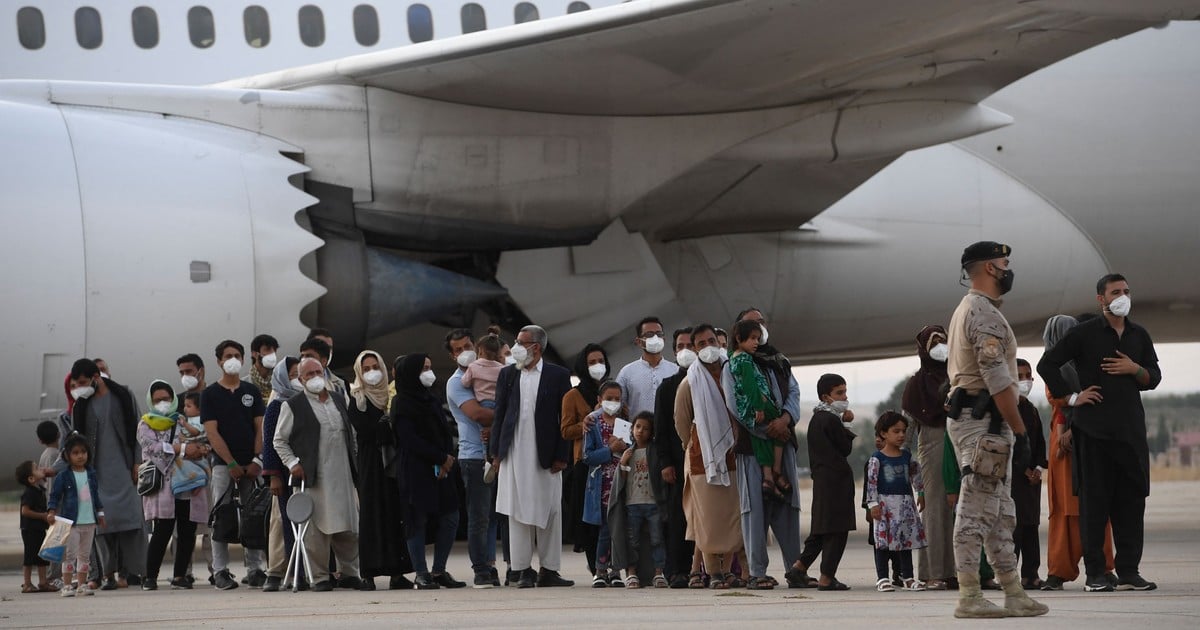 Difficult approach conditions between steep mountains, risk of attacks, takeoffs throwing decoys to deflect missiles, exhausted and overcrowded refugees … Several pilots involved in evacuations from Kabul recounted the dramatic operations carried out “at their own risk”, as the control tower warns them each time, in Afghanistan.

“I did unconventional flights, pBut this was demanding and excessively long“says” Commander MM “, a pilot of a Czech Air Force A319, which evacuated 62 people on Wednesday.

An airport located in a valley with rugged mountains at 1,800 meters above sea level, with a single runway, surrounded by insurgents and guarded by marines and intense air traffic despite the absence of navigation aids systems herald the complexity of each landing and take-off.

“It was an experience,” he recounted on the website of the Czech Defense Ministry.

The US Air Force C-17 Globemaster III with almost 650 people on board. AFP photo

“We had to keep our distance and land one behind the other. We were looking for frequencies to communicate with each other, “he says.

The air traffic control was barely audible and the decisions were left to the crew, since the controllers only gave information, followed by “at your own risk”.

For taxiing and taking off from the airport’s only runway, the Czech pilot followed TCAS instructions, the automatic collision warning system.

“We could see the distance between us on the TCAS monitor and it was, in addition to direct communications between crews, the main way of coordinating,” he explains, referring to a “really complicated” situation.

The Americans, who deployed 5,800 men to the airport, “they perform all air traffic control” explains Stephen, commander of a French military transport A400M and who can only be mentioned by his first name.

“With an airplane like this, we are very assisted by our systems but we ended up landing by eye “he told AFP at French base 104 in Al-Dhafra in the United Arab Emirates, where French evacuation flights from Kabul make a stop.

To protect itself from a possible missile fire, the A400M can launch infrared decoys, which emit heat to fool an eventual missile, as shown in a video of a French plane taking off from Kabul and posted on social media.

Approaching the runway, the plane drops sharply to “escape the threat during our approach,” explains the French pilot.

Arrivals and departures are “regulated like the musical role,” according to Commander Stephen. “There is such traffic from all nations that if it is not organized, it would not be possible. “

The pilots must respect “absolutely” the time slots imposed: “half an hour between landing and takeoff”.

On the floor, “it looks like an anthill of big planes but well organized. “In 12 hours overnight from Monday to Tuesday, 15 US military planes and 34 from other countries evacuated about 11,000 people.

Kabul’s fall to the Taliban on August 15 dumped thousands of civilians to Hamid Karzai airport, the only exit door of the country.

When he landed there that morning, everything was normal, recalls Maqsoud Barajni, a pilot for Pakistan International Airlines (PIA). Then “I noticed that there was panic outsidea, that the situation was abnormal. More and more people were running into the airport and gunshots were heard. “

They told him that commercial flights were suspended, so I was not authorized to take off. “The safety of the plane and the passengers was the main objective (…), we decided to take off no matter what happened,” the A320 pilot told AFP. Despite the lack of air traffic control at the time.

“After observing the situation for an hour, I finally took off. Visibility was good, which allowed me to avoid military traffic. “He believes it was the last commercial jet to take off.

Just before that, his colleague Uzair Khan, the pilot of a B777 for Pakistan International Airlines, also had to “handle the situation” with passengers in a panic, which “also affected the crew.”

“Most were members of the cabinet of President (Ashraf) Ghani or his government. They fled the country with their families and urged us to take off as quickly as possible,” he told AFP. “They were willing to leave Afghanistan at any cost.”

Since then, Afghans have continued to flock to the airport gates in hopes of boarding a plane. Those that do often travel in crowds.

For French Colonel Yannick Desbois, commander of Base 104, “you have to know how to keep a cool head, technically analyze aircraft performance and ship only as many people as possible. “

Typically an A400M has a capacity of 110 people. “There they have shipped up to 235. People sit on the ground, in safe conditions“, Explain.

American C-17s are designed to carry up to 400 people sitting on the ground, but one of them in the first hours of the airlift embarked 829.

On board, “people are tired. The pressure drops (…). In general, they sleep and we do our work, “says Commander Stephen.

More than 58,700 people they have been evacuated by plane since July, rather than during the airlift established from the Tan Son Nhut base during the fall of Saigon in 1975.

“Arab Health” launches a “platform” to support the healthcare sector

Tesla announced the recall of 7,700 Model 3 and Y cars in the United States