Afghanistan The Kabul air bridge now operates at a daily rate of 12,000 people, but that will not be enough 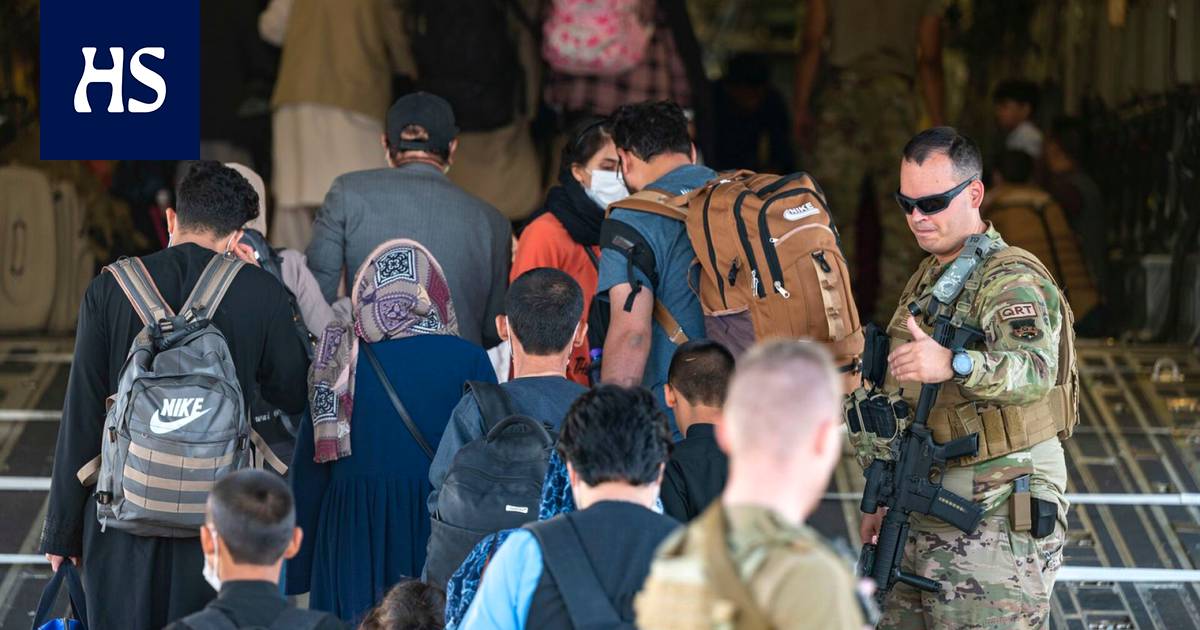 Operation Kabul Airport has accelerated so that evacuation flights from Afghanistan are now taxing the daily pace of more than 12,000 people.

That was the case at least on Tuesday, the British channel said BBC. German newspaper Frankfurter Allgemeine reports in parallel that 12,700 people were flown from Kabul per day on 37 flights.

The operating environment in Kabul is chaotic, so the air bridge can be said to work very smoothly.

By far the largest number of evacuees travel to the United States, but allies also fly a lot of people to safety. For example, 983 people were flown on German planes on Tuesday.

Russia also announced on Wednesday – a little surprisingly – that it would send four military planes to Kabul to pick up about 500 people, including citizens of Russia’s neighboring countries.

What seemed surprising in the announcement was that there are hundreds of Russians in Afghanistan at all. Russia did not participate in the international operation in Afghanistan.

Kabulin more than 70,000 people have been evacuated through the field since Aug. 14, the U.S. president said Joe Biden at a press conference in Washington late Tuesday, Finnish time.

That weekend in mid-August, the extremist Islamic Taliban sealed its return as rulers of Afghanistan. The Taliban seized the capital Kabul on Sunday, August 15th.

The occupation was followed by panic, and foreign powers began to evacuate both their own citizens and Afghans who have been employed by embassies, for example.

The only escape route from Kabul to consider is the airport, still referred to as Hamid Karzai International Airport.

The name contains a lot of irony because Hamid Karzai led Afghanistan after the defeat of the Taliban in 2002-2014. The Taliban despised Karzai and regarded him as a puppet of the United States.

Finland had evacuated about 250 people through Kabul airport by Tuesday night, the foreign minister said Pekka Haavisto (green) said at the press conference. There are still about 150 people with an Afghan background in the evacuation operation, but it is uncertain whether they will be able to help them.

The word ‘time window’ has begun to appear in the speeches of European leaders – including Haavisto.

A time window or “time window closure” means that evacuations from Kabul Airport will end by 31 August, the next Tuesday.

Biden confirmed the schedule at Tuesday night’s press conference. He has not, at least not publicly, indicated that he would be interested in negotiating an extension.

Biden’s solution is likely to be affected by the fact that the Taliban has threatened consequences if the field is not empty by the turn of September.

“They have planes, they have an airport, they should get their citizens and subcontractors out of here,” said a Taliban spokesman Zabihullah Mujahid on Tuesday, according to news agency AFP.

Evacuation flights must be completed well in advance of Tuesday, as soldiers also need to get out of Afghanistan ahead of schedule. The United States has had about 6,000 troops on the Kabul ground, the first few hundred of which have reportedly just been repatriated.

France and Germany, for example, are about to end their own evacuation operations by the weekend. At least by Wednesday morning, Finland had not locked its own schedule.

In any case, it is clear that next week evacuation flights will become impossible. Kabul Airport and its surroundings are in such a confusing state that it is not possible to operate air traffic without U.S. military force.

While the flights are taxiing, there is no way to get everyone out of Afghanistan who meets the evacuation criteria.

American newspaper The New York Times estimates that there would be tens of thousands of people in Afghanistan who have worked for Americans over the years and are now desperate to leave the country.

Experts, according to The New York Times, have spoken of as many as 300,000 Afghans who, through their work, have exposed themselves to Taliban retaliation.

Same applies to other foreign powers operating in Afghanistan, albeit on a smaller scale.

There will probably be a lot of nasty things to say to European ministers in the coming days.

“We’re trying to get out of everything we can,” said the Spanish defense minister Margarita Robles El País magazine by. “There are people who will stay there for reasons we can’t do anything about.”

“Every day is harder than the previous one,” Robles said. “People know that places [lennoilla] are running out. ”

It is therefore possible that as despair grows, a sad ending will be experienced at and around Kabul Airport.

The G7 wants to contain and attract China

People earning mega-salaries in the Balearics