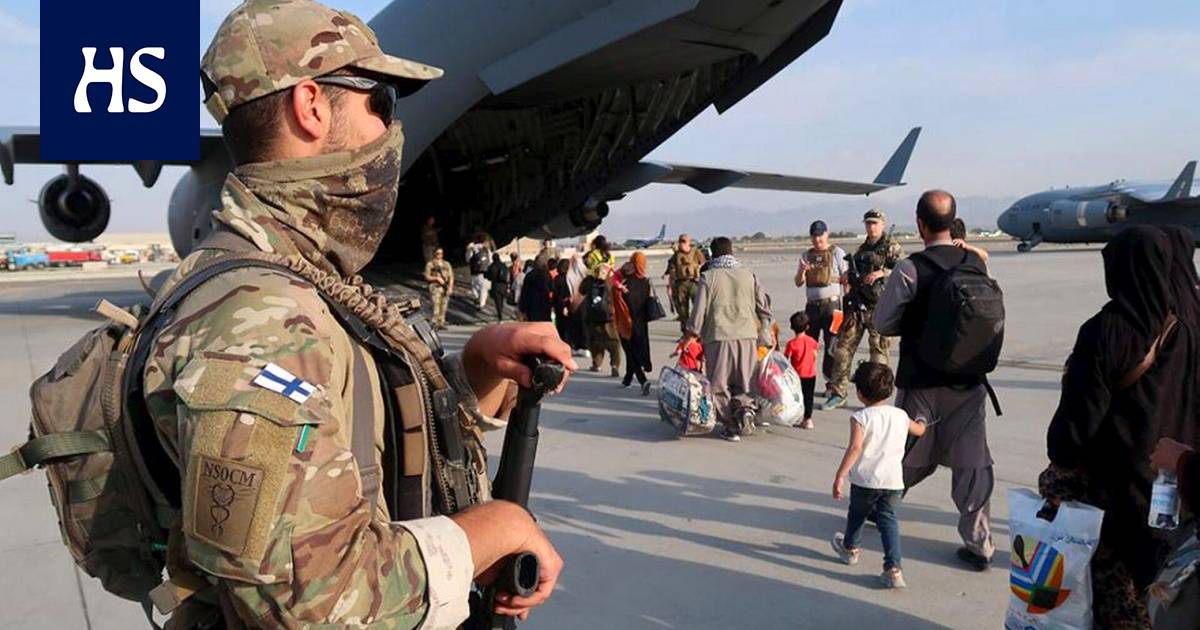 The Defense Forces Security Force has been at Kabul Airport since Saturday.

The Security Force protects State Department employees at and near the airport, assists in evacuations, and liaises with other military forces to coordinate operations. Details of the operation have not been made public.

Defense Forces released on Tuesday pictures and bulletin about the operation.

A military soldier of the Defense Forces in his arms in the Kabul airport area of ​​Afghanistan. HS does not show a child’s face to protect the privacy of the child and this family. Picture: Defense Forces, image processing HS

Historical the decision to send troops to Afghanistan was sealed last week by the President of the Republic Sauli Niinistö.

Once the protection force has reached, the evacuation rate has accelerated considerably. Foreign minister Pekka Haavisto (Green) said on Sunday that the operational capacity of the Finnish team that coordinated the evacuation at Kabul Airport multiplied when the security forces arrived. Previously, there were only five people in the group.

Current or former employees of the Finnish Embassy with an Afghan background have also been evacuated.

On Monday 102 evacuees arrived in Finland by plane. Finland has decided to evacuate 170 Afghans who worked for the authorities.

Finland also offers other EU countries the opportunity to use Finnish flights for evacuees from their own countries. Minister of the Interior Maria Ohisalon However, according to (vihr), most of those who arrived on Monday were Finnish citizens or had worked for Finland in Afghanistan.

In total, more than 200 people have currently been evacuated to Finland, Haavisto said on Tuesday. On Sunday, he said the security situation at Kabul airport is steadily deteriorating, but there have been no major military contacts.

Finns the soldiers apparently flew in a Boeing C-17 Globemaster III military transport plane departing from Tbilisi, Georgia, which landed in Kabul on Saturday at about 4 pm Finnish time.

The aircraft was part of the Strategic Airlift Capability (SAC) project, of which Suominen is a member. 11 other countries are involved in the project.

Story edited on 24.8. at 18:44. The child’s face in the picture is covered to protect the privacy of the child and this family.