Afghanistan The Americans left the Bagram air base without announcing, the departure came as a surprise to the Afghan forces: “They didn’t tell us” 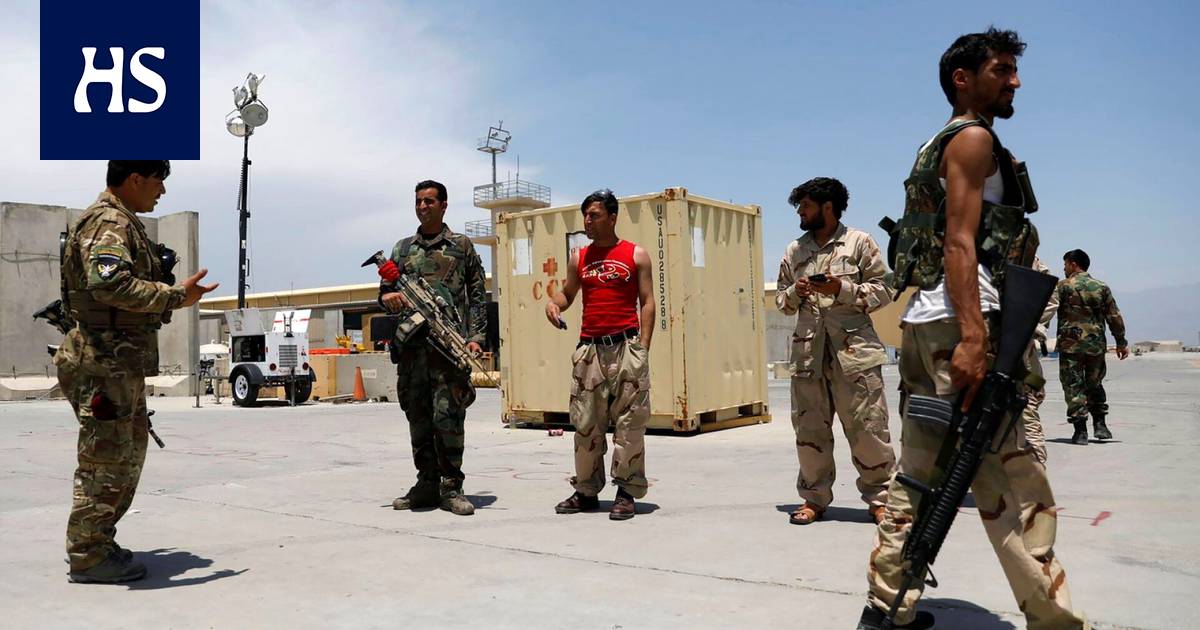 U.S. soldiers left Bagram Air Base on Friday. Only a small number of soldiers remained compared to before.

Fifty one kilometer from the Afghan capital, Kabul, is the Bagram air base, which has been an important security for both the capital and the northern parts of the country, where the latest attacks by the extremist Taliban have been directed.

The last soldiers of the U.S.-led alliance left the base last Friday. There were thousands of Taliban prisoners left and reassurance that an enemy attack was coming.

Read more: The last U.S. and NATO troops have left Afghanistan’s central base

Afghan troops only learned of the soldiers’ departure after leaving.

“We didn’t know their departure schedule. They didn’t tell us when they left, ”said the new commander of the base, General Mirassadullah Kohistani to suppliers on Monday.

Bagram has been an important base for a U.S.-led alliance in Afghanistan.

The base, which housed a maximum of tens of thousands of soldiers, is now largely empty. Entertainment for foreign troops from cinemas and pools to Burger King and Pizza Hut is a thing of the past.

The United States also left behind a huge security vacuum that is not easy to fill.

“If we compare ourselves to Americans, there’s a big difference,” Kohistani says, and admits his troops aren’t as strong as the United States.

According to AFP, the situation also seems to have been aggravated by the lack of a clear plan to transfer the base to Afghans.

United States announced over the weekend that it would withdraw from Afghanistan completely by the end of August. Previously, the limit had been set for September 11th.

There have been U.S. soldiers in the country for 20 years. The departure of foreign troops from Bagram symbolizes that Afghanistan is “alone, abandoned and left to defend itself against Taliban attack,” described an Australian expert living in Australia. Nishank Motwani news agency AFP last week.

The Taliban has already taken over several areas, at least in rural areas of northern Afghanistan.

Afghan security forces and the Taliban again fought several battles in the north over the weekend. On Monday, a thousand Afghan soldiers fled to neighboring Tajikistan.

Bagram the new commander of the base says he has already received reports of Taliban movements in the countryside near the base.

If the Taliban attack Bagram, one of its priorities will undoubtedly be a prison holding more than five thousand Taliban prisoners.

My noise assures that his troops will be able to defend the base from the Taliban. However, there are currently only about 3,000 soldiers, which is a very small fraction of what has been at the base at most.

A soldier named Rafiullah says he is sure the enemy is trying to attack Bagram.

“But we don’t give them a chance,” Rafiullah says.

Another soldier also assures the will to fight, although the lack of firepower makes you think.

“We are not going to surrender, but we need weapons and strong support from our leaders,” the soldier says.

Read more: The situation in Afghanistan is intensifying under the withdrawal of Western troops: New territories for the Taliban, neighboring country already considering setting up refugee camp