Afghanistan, Paolo Gentiloni: “We had to avoid the disastrous epilogue” 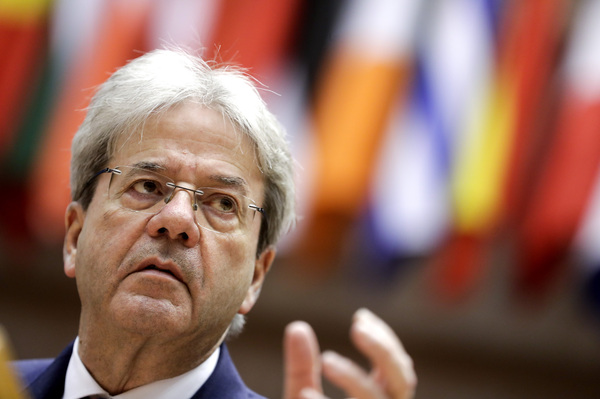 Afghanistan, Paolo Gentiloni: “The disastrous epilogue had to be avoided”

“Afghanistan is a watershed for the West, which also questions the EU,” said the European Commissioner for the Economy, Paolo Gentiloni, speaking at the Festa dell’Unita ‘in Bologna. “What is certain is that that mission did not have to end the way it ended because that conclusion was a disaster and the disaster could have been avoided and should have been avoided”.

Afghanistan “will perhaps mark a watershed in the reputation, strength and prestige of the West and questions the European Union” and “other countries” that are facing a “decline in credibility”, added the former Premier, according to whom “we need a common defense and I hope that the commission will concretely propose solutions during the week”.

On the dialogue with the Taliban he said: “Are these Taliban good? Let’s get it out of our heads. Whoever has taken possession of that country is the furthest away from our values ​​and respect for rights.” On the issue of refugees, Gentiloni argues that “we need migratory flows from an economic point of view, at the European level the story of unanimity cannot become an alibi. The other countries with enhanced cooperation can put themselves together and the humanitarian corridors do so same. We do not hide behind Orban and unanimity. “

On the process of the failed mission, he explained that “when America decided to intervene in Afghanistan, there was a general consensus. To fight terrorism and defeat Al Qaeda and terrorism in the years to follow. We must not forget that. We must not forget that. I want the even ferocious criticism of this disastrous epilogue to this affair to become an abjuration of the reasons that led us to support these operations “.

“We all did it. I am not ashamed to have supported an international mission after 9/11 against terrorism and against Al Qaeda. Indeed, it was quite right to give that answer. There has been a disastrous end to this story, even if the judgment should not be extended in a simplistic way to the entire operation in Afghanistan “.

“We did not go there to bring democracy, but to defeat Al Qaeda and terrorism. The hope of bringing the rights of women and others, however, was a strong motivation to stay. I don’t like to use hindsight too much. we have supported this mission for too long, it is easy to say now “.