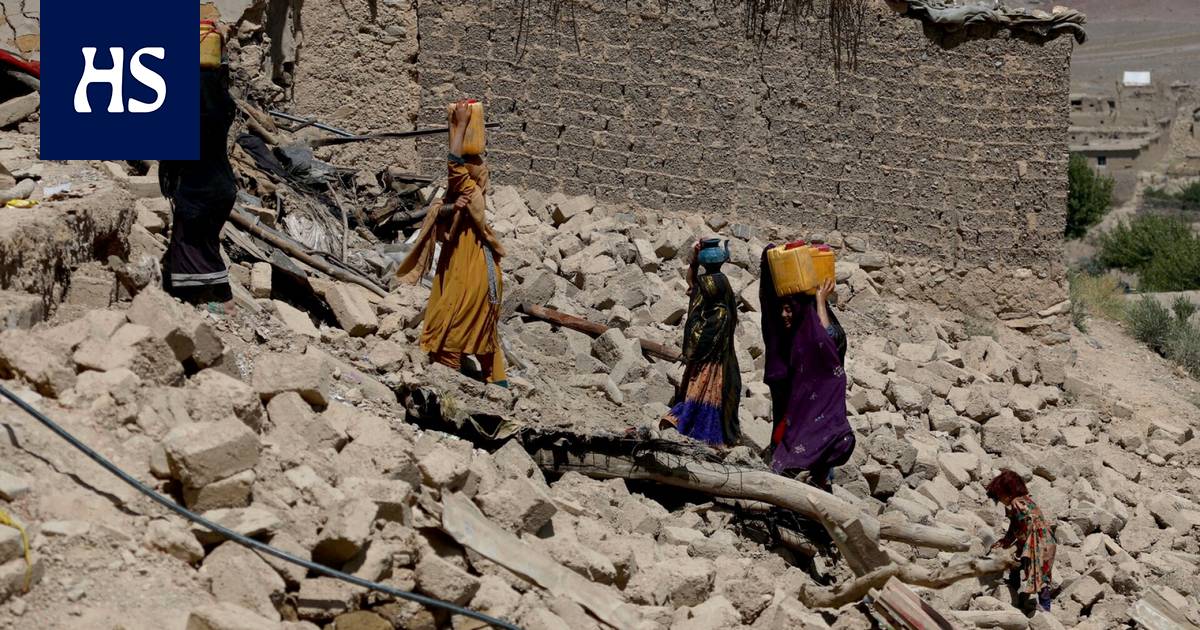 The earthquake in eastern Afghanistan on Wednesday killed at least a thousand people. Now thousands more are threatened by illness and lack of basic food.

In eastern Afghanistan thousands of people affected by the earthquake on Wednesday are without clean water and food. The report was reported by Reuters and AFP, among others.

Afghan authorities and the UN Emergency Relief Office are warning that people in the region are at particular risk of developing cholera.

At least 1,000 people were killed, 2,000 injured and 10,000 homes destroyed early Wednesday in an earthquake centered 44 kilometers southeast of the city of Khost. The magnitude of the quake was reported to be about 6.

Read more: At least a thousand people killed in earthquake in Afghanistan – Taliban calls for more international aid over earthquake

Afghanistan spokesman for the Ministry of Health Shafarat Zamanin according to basic needs such as food and medicine, there is an acute shortage in large areas.

See also  Prosperity | We are blinded to what makes us truly happy, says a Swedish professor - This is the logic of lagom, which emphasizes moderation

“We are asking the international community and humanitarian organizations to help us distribute food and medicine – survivors may get sick because they don’t have decent houses or shelters to live in,” Zaman told Reuters on Saturday.

The quake has once again been a new challenge for the extremist Islamic Taliban. No state has recognized the regime and there has been limited assistance to Afghan civilians.

Read more: Afghan Taliban leader seeks recognition of his regime because “the world has become a small village”

Particularly the province of Paktika on the border with Pakistan has suffered greatly.

The majority of its population, according to Reuters, is unable to travel out of its home region for treatment.

“Our houses were destroyed, we don’t have a tent … There are a lot of children with us. We have nothing, ”said the 18-year-old Hazrat Ali told Reuters in the village of Wor Kal in the Barmat region.

See also  Sex First Johanna's relationship ended with sex, then hugs - Many live involuntarily in a sexless relationship, and then there may be an unusually difficult decision ahead

The man unloaded an aid truck in the village of Wor Kal in Paktika Province, Afghanistan, on June 25th. Picture: Ali Khara / Reuters

The plight is exacerbated by the fact that the lack of basic foodstuffs and poor living conditions were already suffered before the earthquake.

“If life hadn’t been very good in the past – because the war lasted for years – the earthquake made it even harder,” the two daughters lost in the quake. Malin Jan said to AFP.

All 14 houses in his home village of Akhtar Jahn were destroyed in the quake. The 35 surviving families, or about 300 people, are now trying to survive in tents in the middle of the ruins, according to AFP.

The children sat outside the destroyed house in the village of Akhtar Jan in Paktika province on 25 June. Picture: Sahel Arman / AFP

See also  Cars Is the future of Lada at stake? Renault is considering the fate of its operations in Russia

The women carried water canisters after the earthquake in the village of Wor Kal on June 25th. Picture: Ali Khara / Reuters