Afghanistan: Biden wants to decide quickly about an extension of the withdrawal – the Bundeswehr succeeds in the next rescue 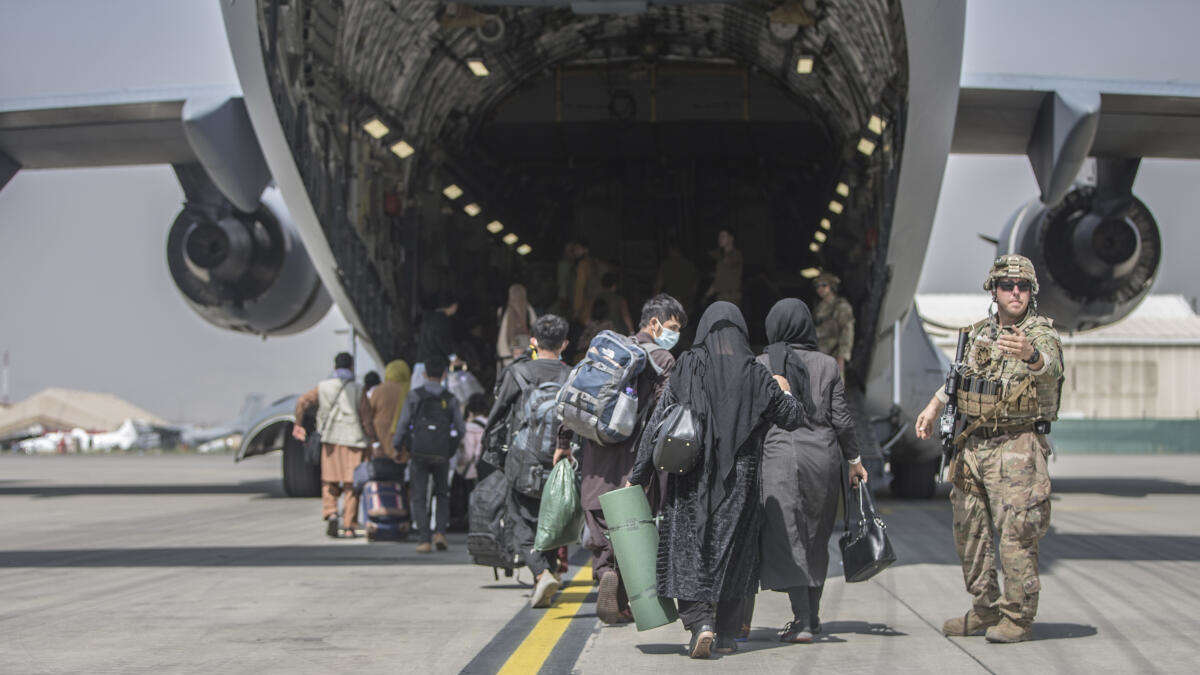 On Tuesday the G7 will meet for a crisis summit over Afghanistan. Biden apparently wants to make a decision on the possible extension of the withdrawal time as soon as possible.

Kabul – Afghanistan occupies world politics. The heads of state and government of the seven leading western industrial nations as well as representatives of the EU * are discussing the situation in the country at a special summit this Tuesday. The General Secretaries of NATO and the United Nations are also expected to take part. At the virtual meeting in the afternoon, in addition to the evacuation mission, the long-term development of the country should also be on the program, said the British government. It should also be about how the achievements of the past 20 years could be protected, especially with regard to the education of girls and the rights of women and minorities.

The question of whether the evacuations can continue beyond August 31 is likely to play a major role. Britain’s Prime Minister Boris Johnson, who will chair the meeting, wants to support an extension for US President Joe Biden *, according to government information from London. Biden had not categorically ruled out a continuation of the evacuation mission, but at the same time made it very clear that he hoped it would not be necessary.

According to media reports, according to an insider, Biden wants to decide on an extension of the withdrawal time within 24 hours. A government official told Reuters that Biden wanted to give the Pentagon time to prepare.

Evacuations in Afghanistan: Taliban do not want deadline extensions

The militant Islamist Taliban, on the other hand, have already spoken out clearly against an extension of the deadline. It is a “red line”, said a spokesman for the British news channel Sky News on Monday. Postponing it would be tantamount to extending the military occupation of his country.

The US military currently has around 5,800 soldiers at the airport in Kabul. The evacuation recently gained momentum. From August 14 to Monday afternoon (Washington time), 48,000 people were flown out by the US military and troops from allied states, as the White House * said. Most of the evacuees are Afghans who once worked for US forces and their families. Thousands of them are to be accommodated at US bases in Germany and other European countries while their visa applications are being processed.

The Bundeswehr tweeted that another plane from Kabul landed in Tashkent on Tuesday night with 211 people in need of protection. “Since the start of the operation, more than 3,650 people have been evacuated from Kabul by the German Armed Forces.” However, numerous local staff * are still in Afghanistan.

Situation in Afghanistan: German government is holding talks with the USA, Turkey and the Taliban

Despite the negative attitude of the Taliban, the possibility of an extension of the evacuation mission should be an issue at the summit on Tuesday, affirmed a government spokesman in London. It is about speaking with one voice within the G7. British government members had already made it clear on Monday that the evacuation mission would not be feasible without the United States. Every minute now counts, said British Defense Secretary Ben Wallace. But there are “real problems” from the masses of people who do not meet the criteria for evacuation but want to leave the country.

The federal government tried to make evacuation flights possible for the time after the planned withdrawal of US troops. Foreign Minister Heiko Maas (SPD *) said on Monday that talks would be held with the USA, Turkey and the Taliban in order to ensure that the airport can continue to operate civilly for this purpose. “We will have to and will continue to talk to the Taliban about this,” said Maas. After the US troops have withdrawn, they will play a special role in the operation of the airport. Currently, the situation at the airport is increasingly chaotic, the federal government does not recommend that people make their own way there, said Maas.

In London, it was said that Johnson would also call on the heads of state and government of the G7 to increase their support for refugees * and humanitarian aid, the statement from London said. Britain had announced that it would double its development aid for Afghanistan to £ 286 million (around € 334 million), but the budget had only recently been drastically cut. In addition to Great Britain and Germany, the G7 countries also include the USA, France, Italy, Canada and Japan.

The CDU politician Norbert Röttgen fears that the failure of the military operation in Afghanistan will have far-reaching consequences for relations with the USA. “It is a moral and a political failure,” he told the German press agency before the virtual G7 summit. At the last meeting of the group in June it was actually planned that the democracies would stand together more closely and unite against the authoritarian states. Instead, in addition to the Taliban, China and Russia in particular benefited from the withdrawal from Afghanistan. “With a few months’ delay, Joe Biden implemented Donald Trump’s policy on this point *. He even adopted its language when he said: We have no interests in Afghanistan, ”said the Chairman of the Foreign Affairs Committee in the Bundestag.

Röttgen hopes that the USA will now at least cooperate with the alliance partners on the evacuation. The August 31st deadline set by the USA for deployment is not justified by anything. “You have to come to a vote between the allies here,” said Röttgen. “Part of the disaster is that the US unilaterally decided to withdraw. A first lesson from this should be that one now agrees and coordinates the evacuation. ” (dpa / cibo) * Merkur.de is an offer from IPPEN.MEDIA.