Afghanistan Aid Director to HS: It is not possible to operate near Kabul Airport – “Many aid workers are stuck near the field themselves” 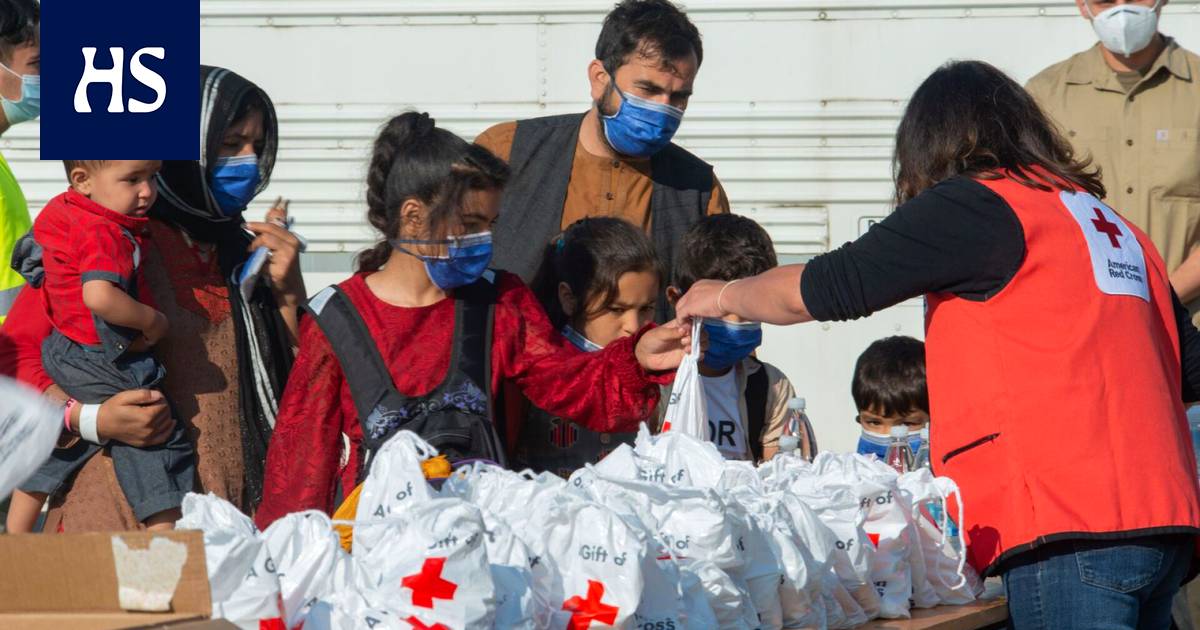 According to World Vision’s Afghanistan Country Director, no one knows what the outcome of the evacuations will yet be.

Saturday Seven civilians were killed in the vicinity of Kabul airport, according to the British Ministry of Defense. The day was hot, and images were conveyed to the world of soldiers refreshing exhausted aspirants on the brink of heat stroke.

There are as many as tens of thousands of people around the field, many of whom are in danger of being squeezed to death around the gates that lead to pressure on the field.

“I have not heard of any aid organization operating outside the field. The situation is out of control, ”says World Vision Country Manager for Afghanistan Asuntha Charles To HS from Kabul.

Even it is difficult to get close to the field. Charles himself visited the outskirts of the field last Thursday, and had to leave it soon as Taliban fighters began firing into the air.

“Another problem is that many aid workers are stuck near the field themselves. No one knows what the outcome of the evacuation operations will be now that even the evacuation of foreigners is becoming increasingly difficult. ”

World Vision has about 300 employees in Afghanistan, the lion’s share of which is hired locally. For many, the continuation of the work is now unclear, as the Taliban has so far not decided how the work of aid organizations in Afghanistan will continue in practice.

“They have longed for the aid organizations to continue their work. They acknowledge that there is a humanitarian crisis in Afghanistan, ”Charles says.

Charles says talks with the Taliban are ongoing but still ongoing. The threshold issue is the status of women.

“Responses to women’s right to work have varied from province to province. But this requires a comprehensive plan, and only the Taliban central government can take responsibility for it. ”

According to him, aid organizations cannot be flexible about allowing female workers to continue as well. Otherwise, much of the work done over 20 years would be wasted from the perspective of organizations. In addition, about half of Afghanistan’s population was already in need of humanitarian aid last year, and women and children are the most vulnerable.

This reflected in the moods of the Kabulians. Charles describes the city showing signs of life going on, and small shops, for example, are open. But the streets are quieter.

“Taliban armed fighters are roaming the streets to verify people’s identities. Women are less visible, and young women no longer move outside in their own gangs. Children play less outdoors and there is no music. ”

The atmosphere is uncertain and waiting. In addition, one unfortunate fact must be acknowledged: not everyone who wants to can get on evacuation flights. The whole country cannot be cleared. What will happen to Afghanistan when the United States leaves the airport?

Asuntha Charles says everything is in the hands of the Taliban. People are fleeing precisely because they do not trust their future in a Taliban-led country.

“Brain drain left out alone can take the country not just 20 years but much further back. If the Taliban wants their own state, they have to act so that the locals can trust them, ”he says.

Banks should be opened. The work of aid organizations must be continued. People’s faith in the future must be won.

Kabul residents queued at an ATM on Saturday. Picture: AFP

According to Charles, it seems that the Taliban are now trying to act in such a way that Afghans trust them. As an example of this, he uses the fact that fighters behave cautiously in the vicinity of the airport and only shoot into the air.

“If they really want their own state, they should try their best. This is their people. ”

But now it’s in a hurry.

“The Taliban should form a government as a matter of urgency. But people also need to experience that their future is precious. This definitely includes the right of women to work and the right of children to go to school. ”

Asuntha Charles emphasizes that this is precisely why relief work must continue.

“We are committed to the future of Afghan children. They deserve to be allowed to keep their dreams. ”