Afghanistan, a titanic evacuation that tarnishes 20 years of work 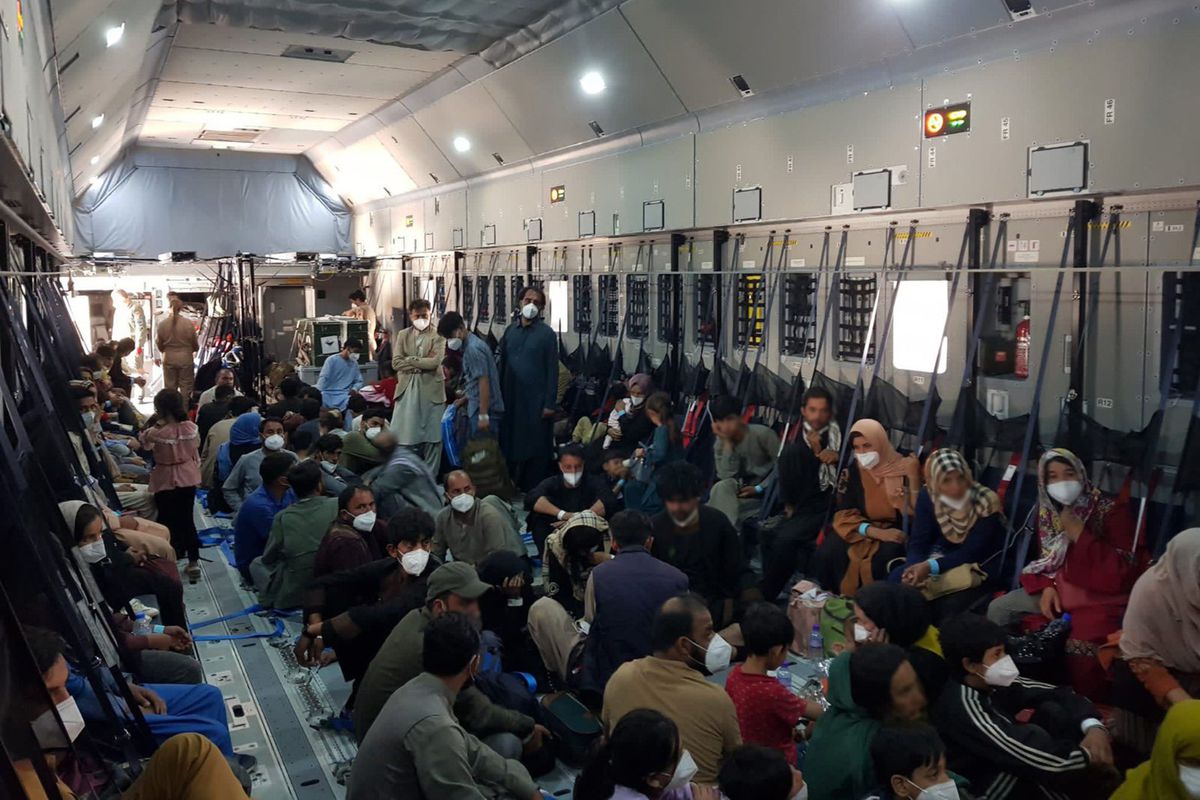 The evacuation operation ends in agony in Kabul. With the departure of the last US troops tomorrow, Afghanistan will again be in the hands of the Taliban. The allied countries accelerated the departure of their personnel and Afghan collaborators last week after the attack in the vicinity of the capital’s airport that caused dozens of deaths, amid the desperation of those who tried to reach their only door of salvation . In just two weeks, more than 117,000 people have been removed from the country, in a complex large-scale evacuation that the United States and NATO have referred to as one of the largest in history, but which recalls other operations in those that -as in this- thousands were left behind.

“Withdrawal is one of the most delicate military operations to prevent it from becoming a rout because obviously one is in a very delicate situation with a feeling of defeat, of being overtaken by the enemy and the temptation to escape is obvious”, explains Jesús Núñez co-director of the Institute for Conflict Studies and Humanitarian Action (IECAH). The retired military man emphasizes that if already in February 2020 the Donald Trump Administration signed a withdrawal agreement and an exit schedule was defined, there has been more than a year to prepare for the evacuation. However, the United States withdrew its combat troops and when the city was in the hands of the Taliban, an evacuation was carried out “against the tide”.

Faced with criticism for the chaos of the operation, President Biden promised to “mobilize all the resources” necessary for what he defined as “one of the largest and most difficult airlifts in history.” Despite the 5,000 military personnel that he sent to guarantee airport security, the situation was already critical and it was necessary to accelerate.

Army General William Taylor explained that last Wednesday every 39 minutes a plane left the Kabul airport, between US military aircraft C-17 and Hercules C-130, and coalition aircraft. Of the hundreds of people who left on the first flights, some 20,000 people were rescued a day in the last week in “one of the largest air evacuations ever undertaken,” agreed the Secretary General of NATO, Jens Stoltenberg. However, the number of those who can be left behind is dramatic. The newspaper The New York Times it estimates that at least 250,000 Afghans who may be eligible for US visas will stay in Afghanistan. The same will happen with some of the collaborators from the rest of the countries.

Analysts recall other large-scale operations such as the Berlin airlift, which saved West Berliners from starvation due to the Soviet Union’s economic blockade between June 1948 and May 1949, or the departure from Dunkirk in 1940 when More than 300,000 troops were rescued from the Nazi advance from the beaches of the French town, but they are cautious when it comes to establishing similarities.

“I do not know who has the measuring stick, obviously it is relevant, but it is painful in the way it is being done,” says Núñez. “If we put it among the poorly made, it is the next after Saigon.” Another of the most recurrent references in recent weeks, in which the Americans managed to evacuate 7,000 people in two days at the last minute in their helicopters that left the roof of their embassy in April 1975 before leaving the country, after the humiliating victory for North Vietnam. More than 130,000 Vietnamese fled by sea and air.

The humanitarian factor is another aspect to take into account, highlights Pere Vilanova, senior researcher at CIDOB and professor of Political Science at the University of Barcelona. “Since 1945 wars in which the end has included major humanitarian disasters because the final part of the war could not be managed properly, there have been several.” Looking back, he remembers the defeat of the French army in 1954 at Dien Bien Phu and the loss of Indochina. “When they withdraw from the port in warships, thousands of Vietnamese who had been collaborators or did not want to live in the communist regime were thrown into the water.” Vilanova also mentions the war in Algeria (1945-1962), when France left dozens of collaborators to their fate. “It is estimated that 100,000 were retaliated, by the Algerians themselves.” The professor cites the genocide perpetrated by the Khmer Rouge in Cambodia at the end of the seventies after the American exit and recalls: “It is easier to start a war than to end it and this is a common feature of all wars and no matter how good they are. things always go wrong and they always go very wrong from a humanitarian point of view ”.

In Jesús Núñez’s opinion, the United States sinned with extreme confidence. “The US believed its own fiction that there were Afghan Armed Forces capable of controlling Kabul, which were going to give them enough margin and cover first to withdraw the troops and then withdraw the people,” says Núñez. The Pentagon’s own experts said less than a month ago that the country was in a critical situation because the Taliban were advancing from the south and could reach Kabul in 90 days. They did it in 10 days. “The real situation is that they have never been in a position to offer that security coverage,” he adds.

With time against and the threat of more attacks on Kabul airport, the US-led operation has managed to remove 117,000 people from the country in the last fortnight, including diplomatic personnel, Afghan collaborators and people considered vulnerable, including 5,400 American citizens. The United Kingdom has brought 15,000 citizens and Afghans to safety, in what has been the second-largest air operation the country has carried out since 1949, according to the Defense Ministry. Germany has rescued 5,193 people, including 3,600 Afghans, on 34 flights. However, the German government has identified 10,000 people in need of evacuation, Afghan personnel, journalists and human rights activists. The Italian Government ended its work after having achieved the transfer of 4,400 people, while Spain has brought in 2,206 people. Countries are now looking for ways to help those who have not been able to get out. The powers are considering the possibility of talking to the Taliban to find a solution.

When it comes to whether it is the largest evacuation operation, analyst Gabriel Reyes, from the Toledo International Center for Peace (CITpax), considers that “the volume” of this operation is a bit overrated – if compared to Saigon. or Dunkirk, “it’s a question of proportions,” he says. For the analyst, this ending leaves a bitter taste: “It’s like someone who does homework at the last minute.” Within the same scenario, Reyes recalls that despite the humiliation that assumed for the Russians to assume their defeat in Afghanistan, they sought a dignified exit in stages and more orderly, while in the case of the United States it has been a process of exit by chapters, hesitant , which has accelerated and decelerated with the different administrations, which have not reached an inclusive peace agreement and has concluded with the Taliban in power. “I think it’s a very sad and lackluster outing. The Taliban have scored a goal and have managed to cloud 20 years of efforts. “