Afghanistan: 640 people evacuated – in just one US plane 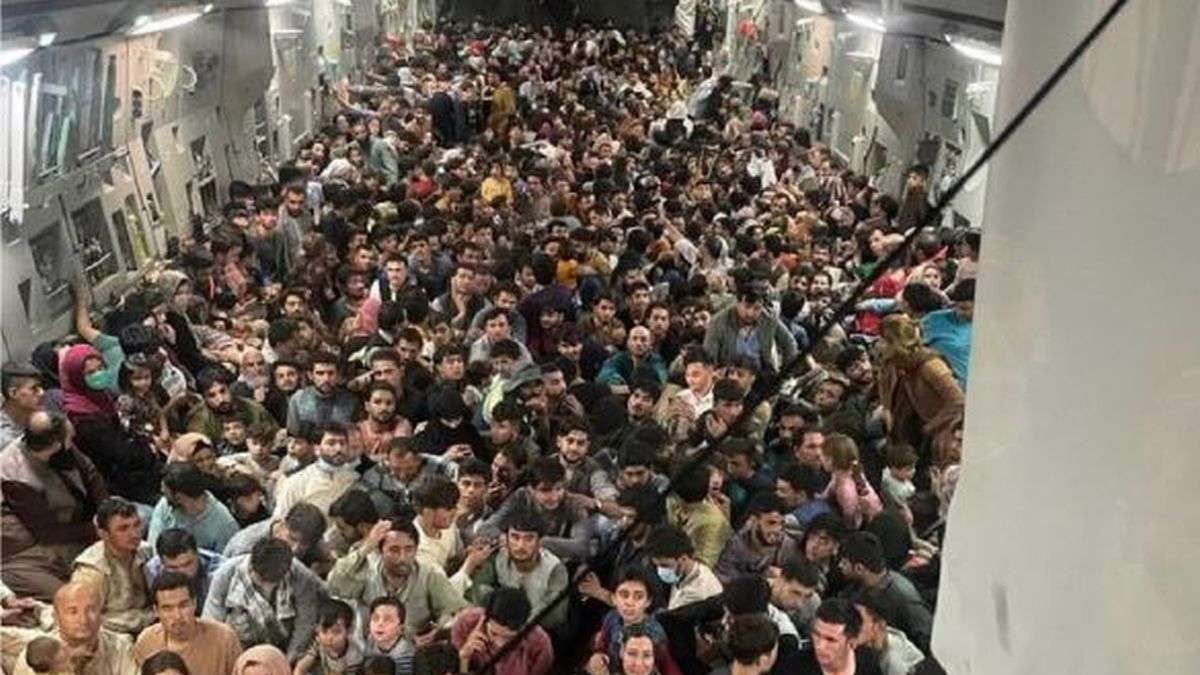 More than 600 people storm a US military plane in Kabul to leave Afghanistan after the Taliban came to power. The machine takes off anyway.

Kabul – There are terrifying scenes that are currently playing out at the airport in Kabul. The situation in Afghanistan is spiraling out of control. Thousands of people try because of the Radical Islamist Taliban take power* desperate to leave the country as quickly as possible. Images of people who, in desperation, cling to the outer wall of aircraft taking off, go around the world. Several people have already died on the airport tarmac in Kabul. US President Joe Biden* has recently continued to defend the withdrawal of US troops from Afghanistan despite growing criticism. the The USA announced that it would want to fly thousands of people from Afghanistan every day*. Now pictures of a completely overcrowded US Air Force cargo plane caused a sensation.

As the news portal Defenseone.com reported on Monday (August 16, 2021), citing employees of the US Department of Defense, the air force evacuated the USA* around 640 Afghan civilians from Kabul – in just one plane. However, it was not intended to fly such a large number of people from Afghanistan.

Afghanistan: US military aircraft evacuates more than 600 refugees from Kabul

As the anonymous defense officer from the USA explained, a large number of Afghans stormed in desperation through the half-open loading ramp of the C-17 Globemaster 3 aircraft, a huge cargo plane belonging to the US Air Force, and thus gained access to the hold of the aviator.

JUST IN: “The crew made the decision to go” – Inside RCH 871, which saved 640 from the Taliban … from @TaraCopp and me https://t.co/r4YvGqJZ4b pic.twitter.com/CI1mAmqjHT

But instead of trying to drive the Afghans released for evacuation from the interior of the aircraft, “the crew made the decision to take off” and to fly the people to Qatar, as the officer told the news portal. “About 640 Afghan civilians left the plane when it arrived at its destination,” it said.

The Taliban seized power in Afghanistan: the US flies around 640 helpless people

However, the plane was only one of many that evacuated hundreds of people from Afghanistan. The portal even speculates that other flights could have brought an even larger number of people to safety.

As the news magazine Spiegel reports, the US Air Force’s huge cargo plane is actually only designed for up to 134 passengers. The stated maximum payload of 77 tons is unlikely to have been achieved with such a large number of people on board. (yw) *fr.de is an offer from IPPEN.MEDIA