Afghan Disputes: Taliban Negotiations May Go On Without Taliban 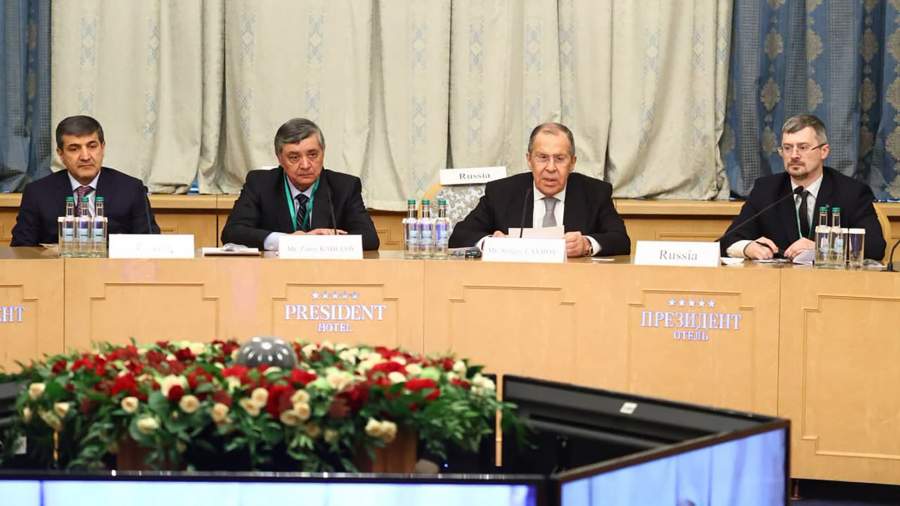 Representatives of the Taliban group (banned in the Russian Federation) have not yet decided whether they will participate in a meeting on the Afghan issue in Istanbul. The head of the Taliban delegation at the Moscow conference, Abdul Ghani Baradar, told Izvestia about this. According to him, it is planned to decide whether to go to the second stage of negotiations in Turkey or not within the next two weeks. The Taliban assess the Russian round of negotiations, which ended on March 20, as “constructive.” Kabul was also pleased with the meeting and considers it an important step towards the upcoming Istanbul conference, the head of the Supreme Council for National Reconciliation Abdullah Abdullah assured Izvestia. Unlike the Taliban, he has already decided on his plans for Istanbul.

The plans are vague

The official part of the negotiations of the expanded “troika” – the Russian Federation, China, the United States plus Pakistan, Qatar and Turkey – ended on March 18, on the first day of the talks. In the next two days, informal meetings of representatives of Afghanistan continued at the Moscow President Hotel.

On March 19, a Taliban delegation held a press conference emphasizing that the United States must withdraw its troops from the country by May 1. Breaking this deadline will “trigger a reaction.”

According to the Doha agreement between the United States and the Taliban, signed on February 29, 2020, the US military must leave Afghanistan by May 1, 2021.

On March 17, US President Joe Biden said in an interview with ABC News that the withdrawal by the May 1 deadline “may be completed, but with difficulty.” If the term is increased, it will be “not much longer,” the head of the White House assured.

“We hope that this (delay. – Izvestia) will not happen, so that we can concentrate on the implementation of the ceasefire regime according to the adopted roadmap,” Taliban member Suhail Shahin told reporters.

The day before, the expanded troika adopted a joint document urging the Taliban not to launch the traditional spring-summer offensive, and also to start negotiations with Kabul to create an “inclusive government” – that is, a government with the inclusion of the Taliban. However, the group was unable to guarantee the implementation of these points and ignored them at the press conference.

Despite this, the head of the Taliban delegation at the talks, Abdul Ghani Baradar, told Izvestia that the meeting in Moscow was constructive and the group is generally satisfied with the result.

– We exchanged views on how to speed up the peace process that is now underway in Doha. Everyone agreed that it is necessary to achieve a peaceful solution as soon as possible, ”the head of the delegation noted.

In response to the question whether the Taliban would go to the upcoming meeting in Istanbul in April, a member of the Taliban delegation Abdul Ghani Baradar explained to Izvestia that “this decision is under consideration, we need to return and complete our consultations, after which we will express our will “.

Russia has not yet agreed to participate in the Istanbul meeting, Zamir Kabulov, the special envoy of the President of the Russian Federation for Afghanistan, told reporters.

There are never too many meetings

The meeting in Moscow will have a good impact on progress in the Doha talks, Abdullah Abdullah, head of the Supreme Council for National Reconciliation, told Izvestia.

“In Istanbul, we will discuss all the same issues related to the peace process and the need to accelerate it,” the politician commented on the agenda of the Turkish meeting.

Among the negotiators from the Afghan government was human rights activist Habiba Sarabi, one of the most powerful women in the Islamic republic.

From 2002 to 2004, she was Minister of Women’s Affairs, in 2005 she became the head of Bamiyan province and became the first female governor in Afghan history. In 2020, Sarabi joined the Kabul delegation in the peace talks between the Afghan government and the Taliban.

According to her, it was a good sign that the US delegation joined the conversation in Moscow, since only through the joint efforts of all major players it is possible to achieve something in Afghanistan.

– At the meeting in Istanbul, most likely, they will discuss the US proposal on the future government of Afghanistan. Perhaps the issue of vaccination was also touched upon – earlier in Doha we spoke with the Taliban about the need to vaccinate the population in rural areas (controlled by the Taliban. – Izvestia), Sarabi explained.

Afghanistan, home to 38 million people, has joined the WHO COVAX vaccine distribution program, and has received over 400,000 doses of vaccine from Beijing and another 500,000 from India.

In January, the Taliban, which controls about 50% of the country’s territory, said they supported the vaccination program developed by Kabul.

Not everyone was invited

The Taliban delegation left Moscow on March 19 and headed for Tehran (as the Taliban themselves told Izvestia), where the Tehran Dialogue international forum is ending.

Iran was not represented at the Moscow negotiating platform. Recently, however, this country has been building up its soft power in the region. On March 15-17, the already mentioned forum was held in the capital of the Islamic republic, which was attended by the foreign ministers of Turkey and Afghanistan.

The representatives of India, which is also interested in the Afghan settlement, were not invited to Moscow. Zamir Kabulov explained this by the fact that India “has influence only on one of the parties to the Afghan conflict,” while the other members of the expanded “troika” interact with all the actors.

But both Iran and India will be represented in the upcoming talks in Istanbul. However, according to experts interviewed by Izvestia, they are unlikely to become decisive, despite the hopes placed on them.

Omar Nessar, director of the Russian Center for the Study of Modern Afghanistan, explained to Izvestia that the meeting in Turkey was supposed to take place at a higher ministerial level, but in the end it will be held at the level of special representatives.

– The event will be organized by the United States, which does not want Russia to play the main role in the Afghan settlement. Despite the positive response from the Afghans themselves, the level of contradictions remained the same. And we understand that it is practically impossible to work out a concept of a future government that would suit all parties, ”the expert stated.

Omar Sadr, senior researcher at the Afghan Institute for Strategic Studies (AISS) and Valdai Club expert, believes that In any case, Russia will take part in the Istanbul meeting, since it does not want to be “overboard” when important decisions are made. In his opinion, Turkey was chosen for the next negotiations because it serves as a bridge between NATO and the Islamic world, which increases the credibility of it as a platform.

“Of course, there are some differences in the approaches of the United States and the Russian Federation to the settlement in Afghanistan, but both countries are determined to create an“ inclusive government, ”this is stated in the final statement of the“ troika, ”the expert recalled.

The main topic of the Turkish round will be the formation of a future government with the inclusion of the Taliban in it. Official Kabul has already opposed such a step, believing that the government can be formed only through elections. Whether the United States will be able to convince the government of President Ashraf Ghani to agree to their terms, and the Taliban to come to terms with the delay of the American military in the country, will become known after the April meeting in Istanbul.

Speculation in the tournament locations: Löw and the "Plan B" for the European Football Championship