Aeroflot will continue flights to nowhere 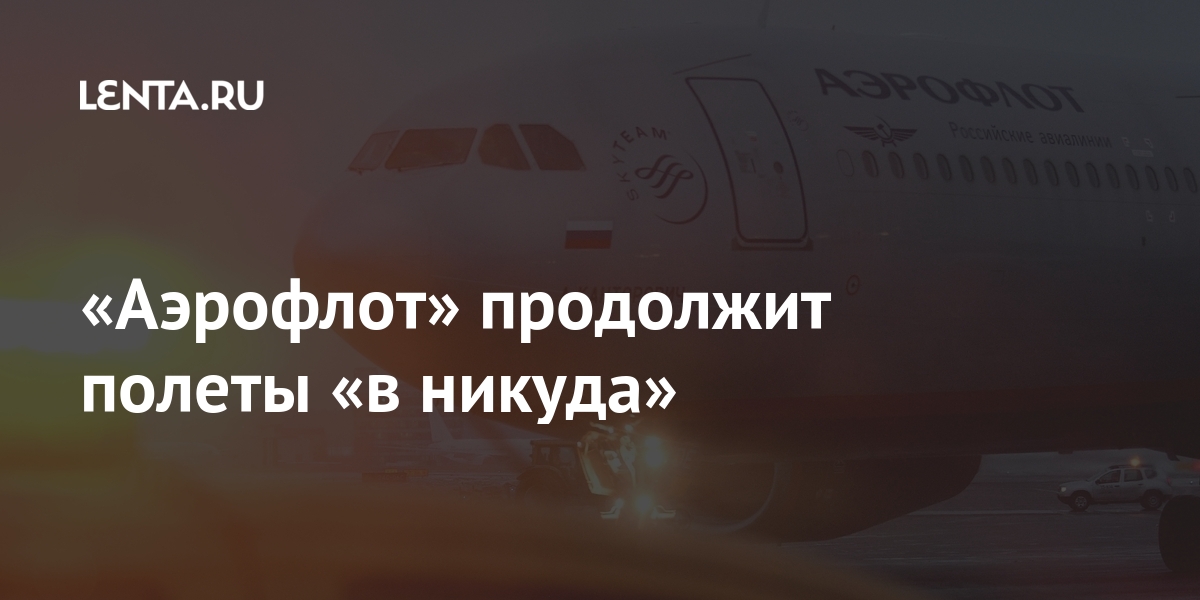 Aeroflot CEO Mikhail Poluboyarinov said that the airline will continue the practice of flying “to nowhere” as an additional income. He talked about it in air TV channel “Russia 1”.

Special flights, whose passengers return to the point of departure after the flight, appeared in 2020 during the closure of borders due to the coronavirus pandemic.

“Now we are also thinking about the continuation of such flights, also on large, wide-body aircraft of the A350 family. We are thinking over this program. Perhaps these will be flights when it took off in Moscow, and landed – it is not yet known where. “A ticket to nowhere”: went out, walked, warmed up and flew back, “Poluboyarinov explained.

On March 8, the company organized a similar four-hour flight with a departure and landing at Sheremetyevo on a new Airbus A350. The sightseeing trip included wine tasting, gastronomic novelties and a film screening on board.

In December 2020, eyewitnesses who managed to get on a flight from Moscow to Moscow showed what was happening on the plane and shared their impressions. On December 19, the Russian low-cost airline Pobeda announced the start of sightseeing flights over the cities of the Golden Ring with takeoff and landing in Moscow. According to a representative of the airline, the supply is in great demand. Tickets for the first flight were sold out in eight minutes, for the second in six.

The first flights to nowhere gained popularity in Taiwan this summer amid the coronavirus pandemic. The planes make a circle and return to the airport.

Return to a new home